A combination of springy egg noodles, tender minced pork, a rich, savoury broth and a generous amount of crispy pork lard is what sums up a satisfying bowl of bak chor mee (minced meat noodles). It is one of those foods that you can have almost any time of the day and it is one of the most iconic dishes as far as hawker cuisine is concerned. Period.

Well-known to many for being one of the best supper spots in the East, 85 Fengshan Centre (commonly known as Bedok 85 Food Centre) is a food heaven that is highly patronised by both Easties and people from all over the island. Situated right next door to one another, selling exactly the same dish, many have debated as to which stall does their bak chor mee better.

While both offer only the soup version, they each have their own unique flavours and although similar in taste, there are some stark differences. For those who prefer a lightly seasoned broth with more emphasis on pork flavour, Xing Ji Rou Cuo Mian (S$3)—which appeared on the Michelin guide—is definitely the place for you. 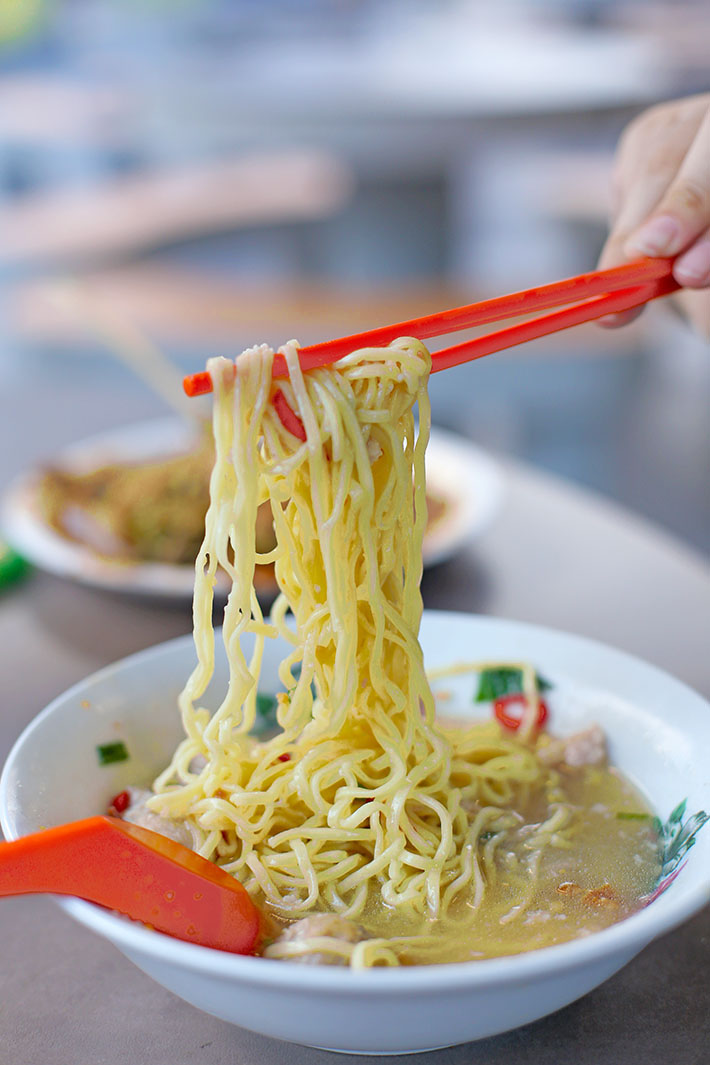 Although the bowl of noodles may look simple, the combined flavours of the noodles, meatballs, slices of chilli, marinated minced meat and soup are nothing short of amazing. Their homemade noodles are slightly springy and take on a subtle eggy taste, and does well to absorb all the flavours of the light but savoury broth. 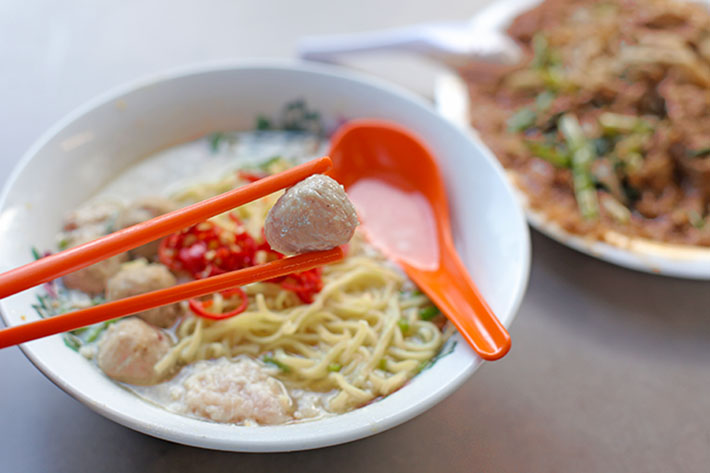 For only S$3, you get 5 decent-sized meatballs that were incredibly soft and bouncy and the soup is filled with extremely tender bits of minced pork that simply melts in your mouth.

The sweet and fragrant broth is made using pork bones that have been simmered for hours and tiny bits of fried garlic in the soup simply make it downright irresistible. Every slurp spells comfort and we polished the dish within minutes. If you are feeling hungrier, opt for the larger portion, which costs S$4 and it comes with considerably more meatballs and noodles.