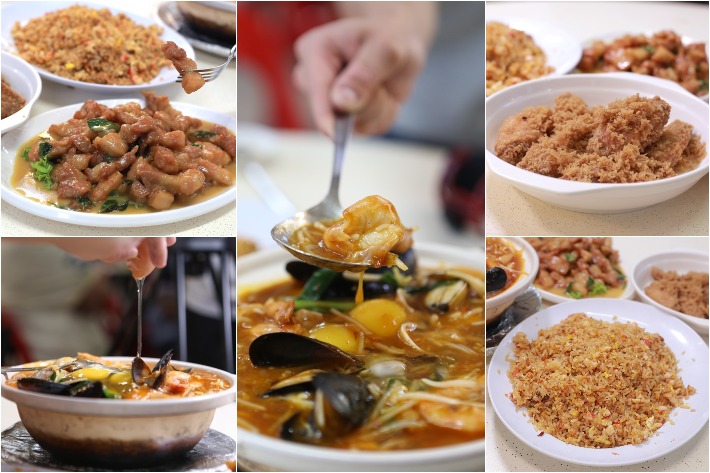 Singaporeans tend to disagree with one another on many things. Whether it is about keeping or repealing certain laws or whether pineapples should be on pizza—we all have our own differences and opinions for different situations. However, one thing that we can all unanimously agree on is that zi char is one of the best things to eat in Singapore.

There are a plethora of zi char stalls in Singapore that sells a variety of different, delicious dishes that invoke midnight cravings. However, there is your average zi char stall, and then there are spectacular ones such as Fuman Seafood Zi Char. A humble stall tucked away in a coffee shop right opposite Serangoon Junior College, what you expect here is zi char delights that pack on massive flavour that’ll literally leave you begging for more.

Tucked away under one of the blocks at Hougang Avenue 2, its outer appearance may, at first, strike you as any typical zi char stall—their signboard is so tiny that even we had trouble finding it ourselves. 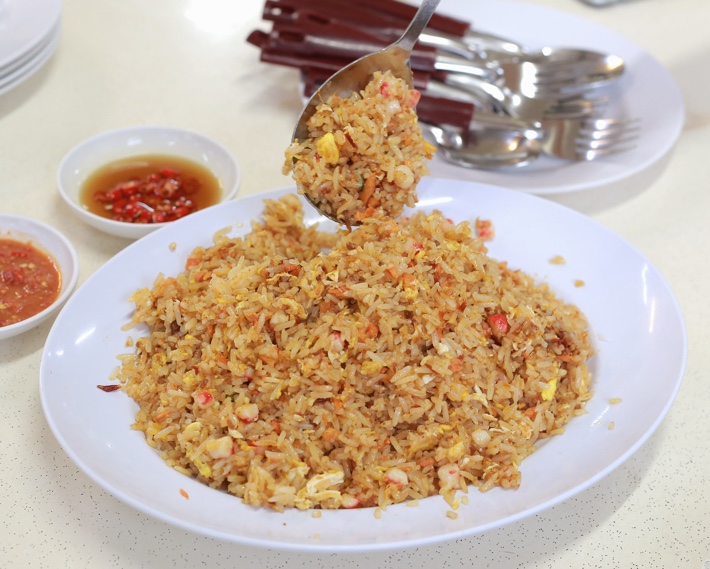 The first dish that we tried was their Sambal Fried Rice (Small S$5, Regular S$8, Big S$10). We ordered a regular and were pleasantly surprised by how large the portion was.

The fried rice was fragrant and possessed just the right amount of spiciness but still fairly suitable for people who struggle with the heat. There were generous bits of crab roll and egg tossed into the rice, giving the overall dish added flavour and texture. The wok hei on the rice was just right—neither smoky nor overly potent such that it masked the taste of the sambal entirely. Greasiness aside, the taste and texture was pretty spot on and we found ourselves finishing the entire portion either way. Our all-time favourite dish here is definitely the Honey Milk Pork Belly (Small S$10, Regular S$15, Big S$20). This dish is nothing like we have ever tasted before. the secret is in their sinful honey milk sauce—a thick, creamy and sweet concoction that evenly and generously coats every single piece of pork belly.

The pork belly itself was perfectly fried into crispy yet tender little nuggets of flavour, and we love how the fat to meat ratio was on point. Each piece of pork soaked up all the goodness of the sauce, and every bite of pork was simply addictive.

This dish also comes as an ala carte set with rice and a fried egg (S$5.50), so if you’re not in the mood for sharing (we don’t blame you), you can always opt for this instead. 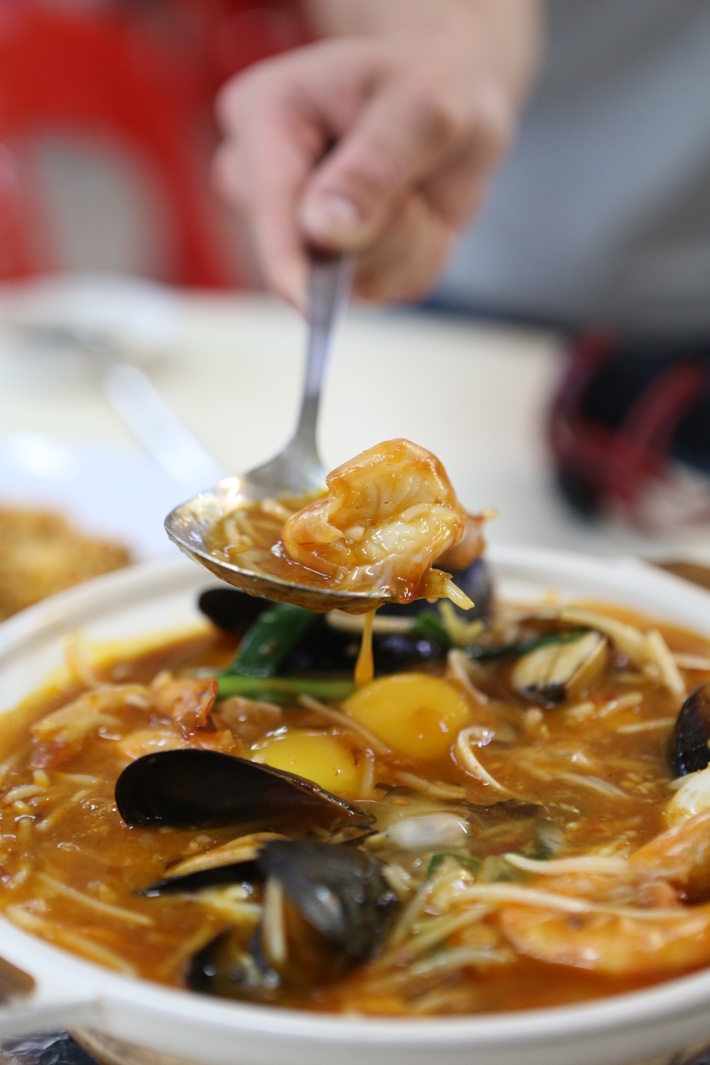 Our final dish and the one that surprised us the most was their Claypot Horfun (Small S$10, Regular S$18, Large S$25). This item cannot be found in their menu, but just casually mention it—just say “clay pot horfun”—and they will know what you’re talking about.

The piping hot claypot arrives bubbling, to which 2 fresh eggs are cracked over top. This massive pot of sizzling goodness was chock full of seafood like prawns, clams and mussels. 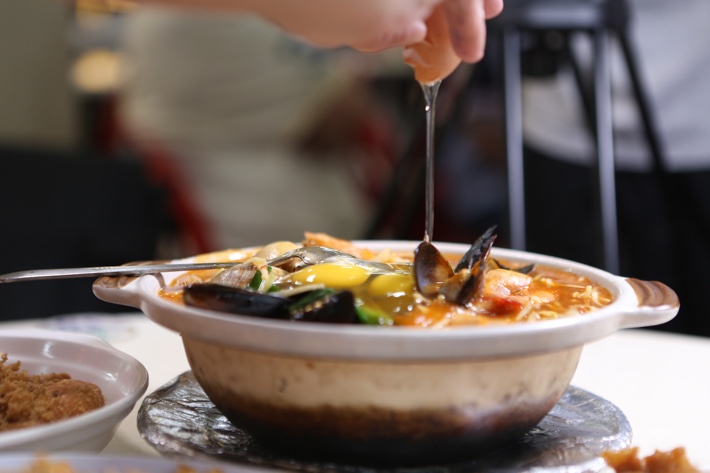 When the dish arrived, we were told by the staff that we should crack the raw eggs that came with it immediately into the claypot and then give it a good stir to evenly distribute all that eggy goodness. The eggs magically made the horfun broth creamier and added a nice eggy taste that complemented the spiciness of the broth.

The broth here was incredibly rich and complex, and all the different components came together to create a symphony of intense flavours. We love how the copious amounts of seafood added a nice sweeter touch to the broth and balanced out the boldness of the spices. The entire dish also had a distinct wok hei taste to it, which elevated the entire dish.

Overall, Fuman Zi Char exceeded our expectations and we were pleasantly surprised by how good their food was. This is definitely on ranks high on our list of noteworthy zi char places in Singapore.