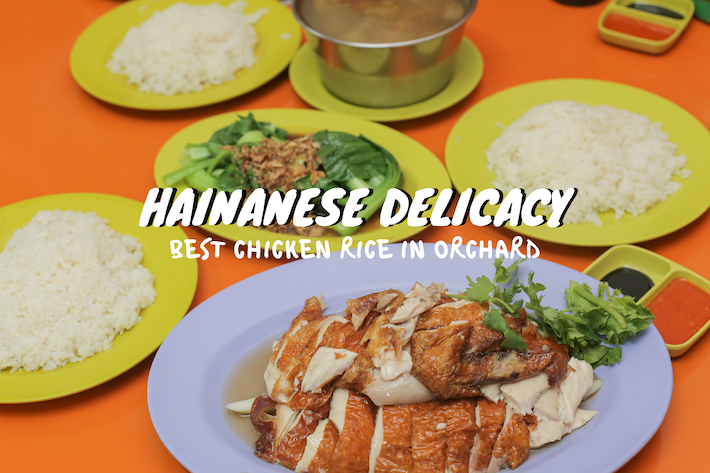 Which is the most important element in your perfect plate of chicken rice? The chicken, the rice or the chilli? For us, it’ll have to be the rice, since it is the reason why we crave for chicken rice. The rice has to be slightly oiled, flavourful, fluffy and most importantly, clump-free.

Hainanese Delicacy is one of the most well-known chicken rice eateries in Singapore with over 30 years of history. It is often packed with customers during meal times. We had to be sure to arrive before lunch hour so that we could avoid the crowd. After our meal, we understood why this eatery attracts huge crowds daily. 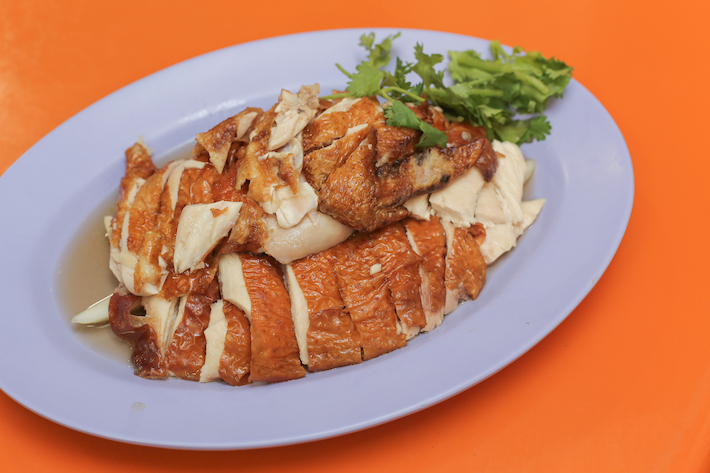 We ordered the Half Roasted Chicken (S$20).

Not to exaggerate but this was one of the most tender roasted chickens in Singapore we’ve ever had. Even the breast meat that is normally tougher was soft and disintegrated in our mouths easily. Can you imagine how tender the chicken thigh was? Yup, it was EVEN better. We were shookt at every bite that tasted like heaven, and especially at how they managed to retain the juices in every part of the chicken.

Of course, we had to pair the chicken with a mouthful of their impressive chicken rice. 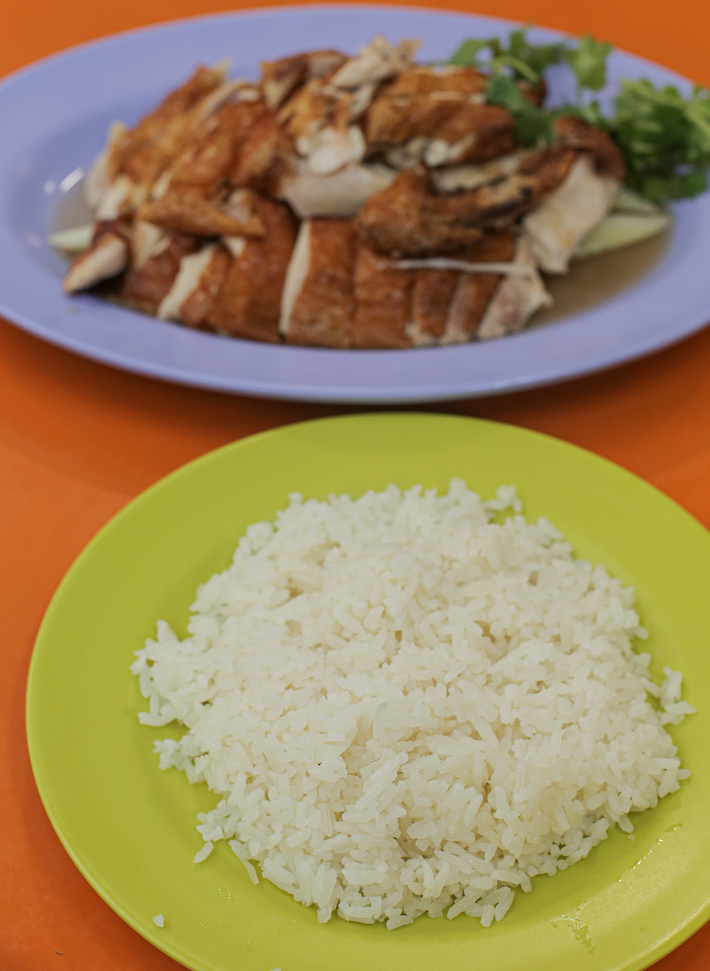 From the picture, we’re sure you can tell that the grains were finely cooked, well-separated and clump-free. It had already passed the first test, but that’s not the end. It was packed with flavours, fluffy and was even better with some dark soya sauce and their spicy garlic chilli. 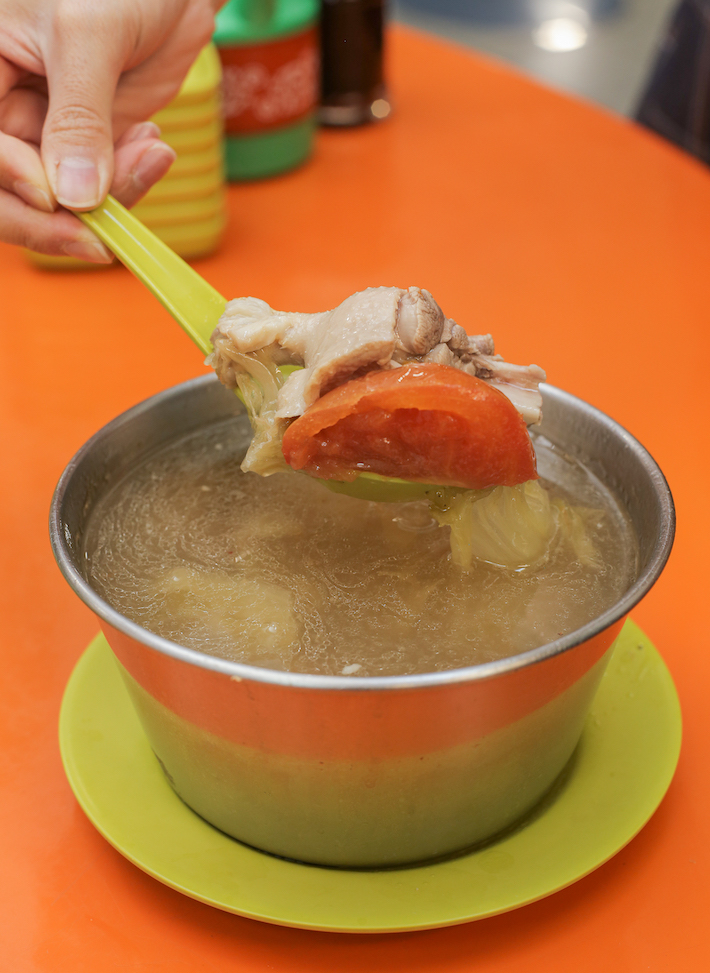 There is only one soup available on their menu, which is the Salted Vegetable Duck Soup (S$5).

With robust flavours from the salted vegetables and duck, the soup was sour, savoury and very comforting. It hit the spot for us and we finished every last drop of the soup. 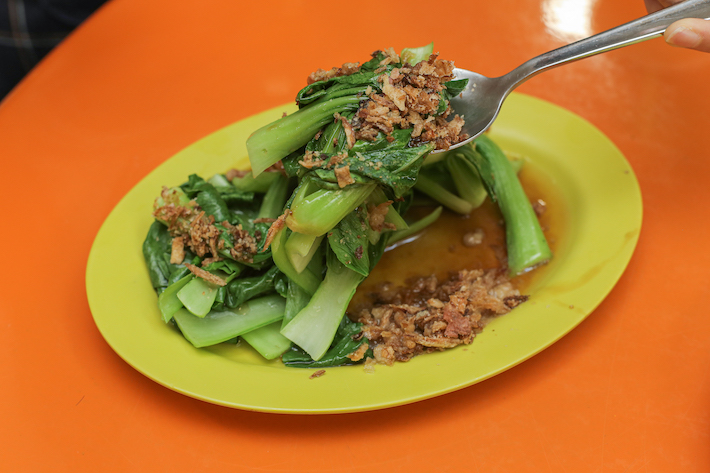 You can also get the Vegetables with Oyster Sauce (S$3) to go along with the chicken rice.

All in all, Hainanese Delicacy serves a solid plate of chicken rice. They proved us wrong when we said that rice was the most important element of chicken rice, because when you get both good chicken and flavourful rice, you will realise that they are equally important. But seriously, the chicken is the star of the show here. The tenderness and juiciness completely blew us away. No wonder they’ve been around and popular for such a long time.