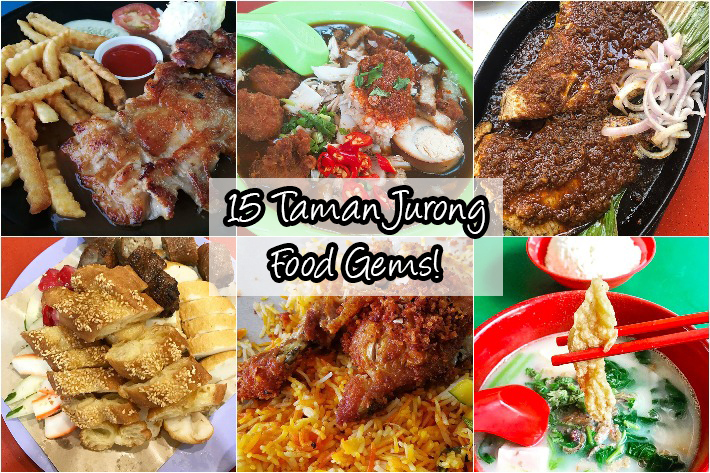 A quiet neighbourhood a few bus stops away from Lakeside MRT Station, Taman Jurong may be far-flung and considerably remote but is home to more than just a handful of food gems. Heck, the area has so many amazing food stalls that it can be Singapore’s very own version of Taman Mount Austin!

From traditional peanut soup to a Western hawker stall with monstrous portions and even an interesting circus-themed dessert café, here are 15 stalls that will make your journey to the West of Singapore worth the time and belly space.

The dry Bak Chor Mee (S$3/S$3.50) from 58 Minced Meat Noodles is a hot seller at Taman Jurong Market and Food Centre. Each bowl comes with springy noodles, a copious amount of pork lard bits and sauteed mushrooms. Check out their second outlet in the nearby 399 Food Court if you prefer to dine in air-con. 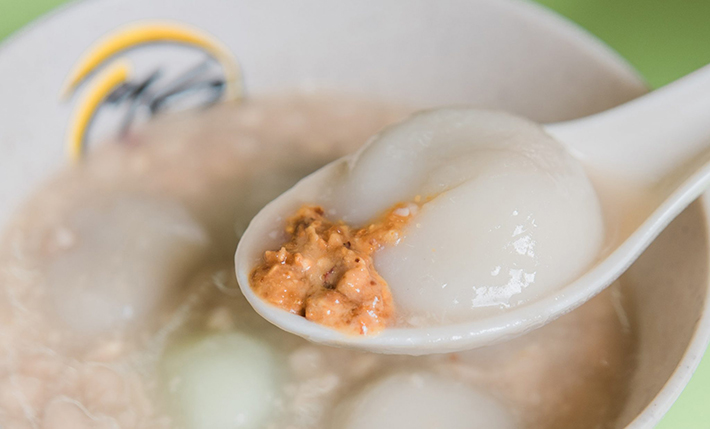 75 Ah Balling Peanut Soup offers both traditional and unique flavours of glutinous rice ball soup. Decide on how many rice balls (S$2.20 for four/S$2.60 for five/S$2.80 for six) and which fillings you want. Flavours include peanut, matcha and yam while their soup comes in 3 options—peanut, ginger and almond milk. 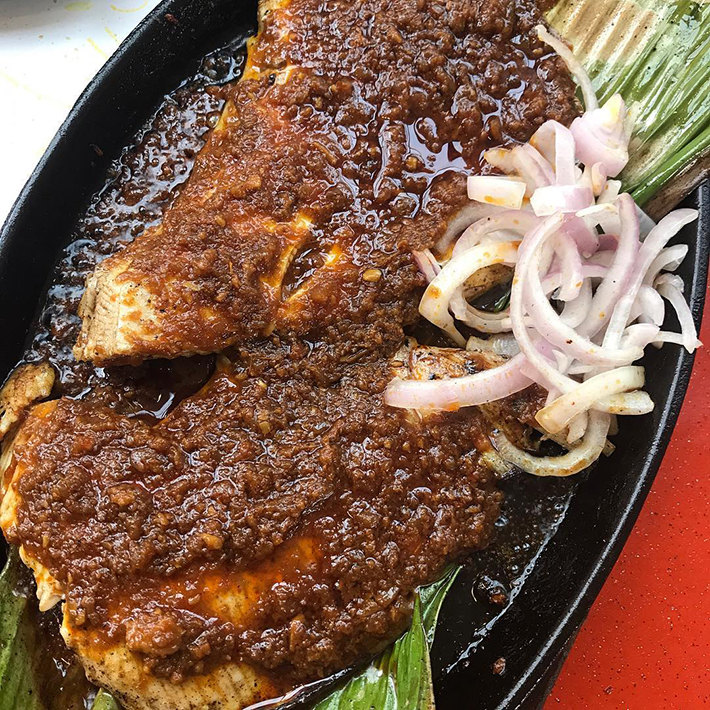 Specialising in seafood dishes served sizzling on hotplates, is B.B.Q. Seafood, a stall that is especially sought after in the evenings. Their Sambal Stingray (S$10/S$13) is beautifully browned on the exterior with meat that boasts of aromatic herbs. Each stingray is generously slathered with intensely tangy and spicy sambal which the slices of onions on it lend some relief to.

The most popular dish at Feng Zhen Lor Mee that is responsible for their perpetual queue is their traditional Lor Mee (S$3). The best ingredient in it is their fried meatballs which are crusty on the outside with deeply savoury meat. The garlic, vinegar, and chilli garnish elevate its flavourful thick gravy so ask for more if you prefer stronger flavours. Hong Guan Cooked Food opened its first stall in 1986 and they have been serving zi char with Claypot Assam Curry Fish Head as their signature for three decades since. Although sweet and sour meat is usually made with pork, Hong Guan uses chicken thigh meat. For some greens, order this with their Sambal Sweet Potato Leaves to complete your meal! 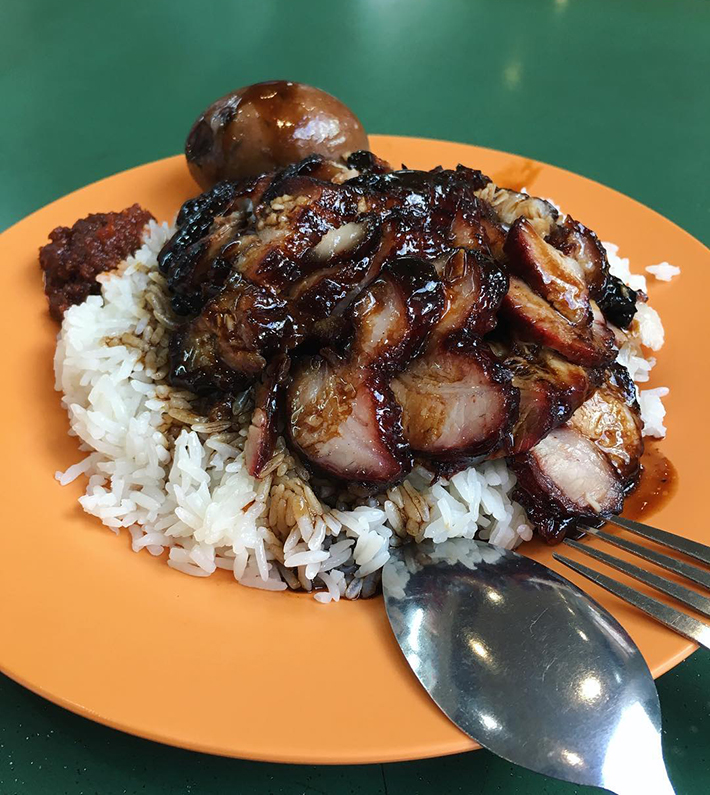 The queue for Tien Lai Rice Stall usually starts before the stall owners even open for business—a testament to their popularity. Their roasted meats are all incredibly flavourful, but it is their char siew which sells out the fastest so be early if you do not want to miss out on it.

This stall’s Chicken Briyani costs just S$3.50—one of the most inexpensive briyani around—and is served in decent portions. The fried chicken is consistently tender while staying crispy on the outside despite being pre-fried and left on display. 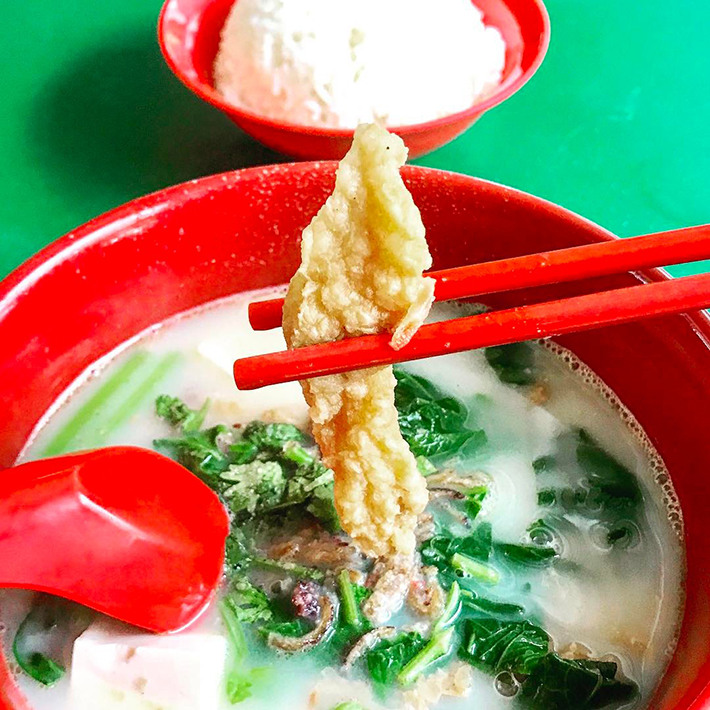 Tai Seng Fish Soup is the most popular stall in Taman Jurong Food and Market Centre and it’ll be your best bet if you are pinning for a hot bowl of fish soup. Both their Sliced Fish Soup and Fried Fish Soup are priced at S$4, S$5, and S$6. There’s also Fish Porridge (S$4/S$5/S$6) if you need a light meal that is easy on the throat. 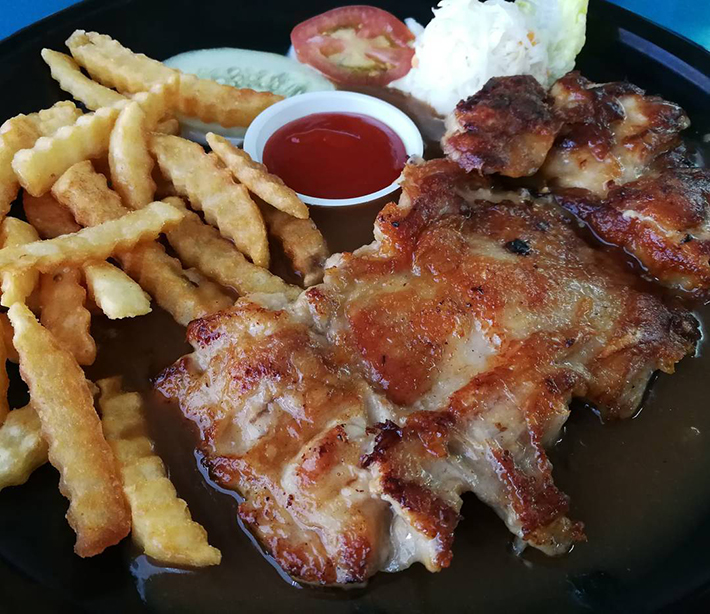 At Tom’s Kitchen, you will get large and satisfying portions of Western food for under S$10. Your safest bet is their most popular Chicken Chop (S$6) which has juicy chicken meat that is seared till crusty on the outside. It comes with a side of crinkle-cut fries which you can upgrade to cheese fries for a top up. 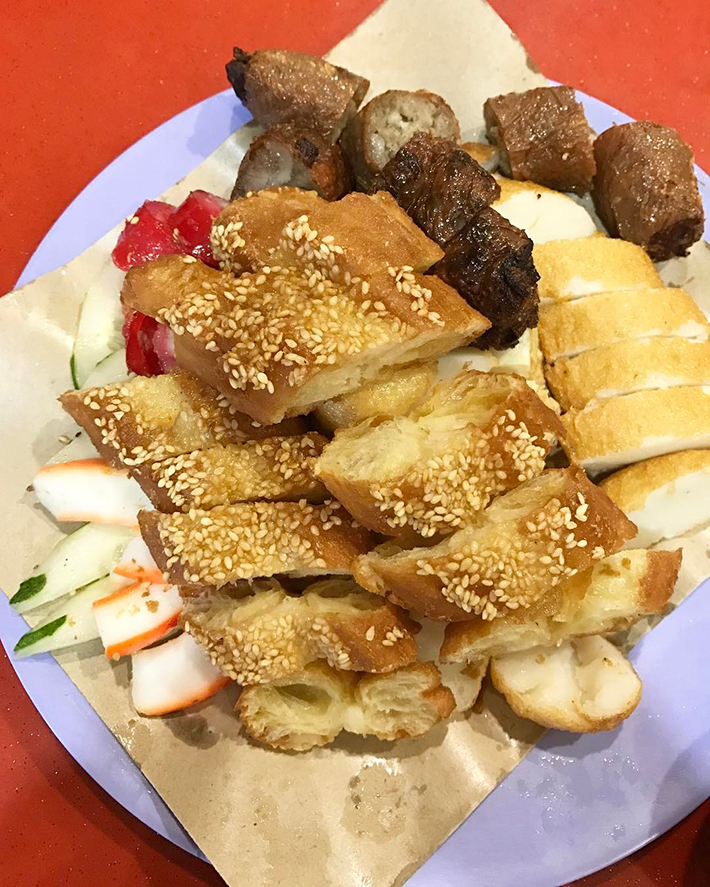 Xin Sheng Gor Hiong Prawn Cracker has over 70 years of history under its belt. It is self-explanatory from their stall name that an ingredient you must get from them is their crackling prawn cracker disc. Aside from it, some of their recommended handmade items are their Ngoh Hiang (S$1.30), Prawn Roll (S$1.30), and Home Made Sausage (minimum S$2). 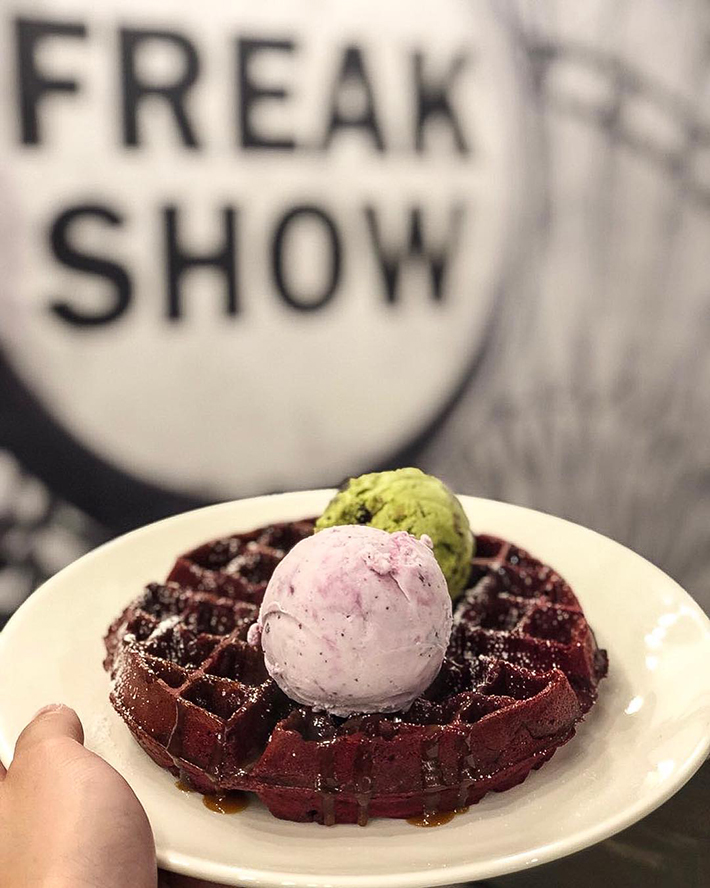 Taman Jurong also has its fair share of hipster cafes, albeit not many, and one of them would be circus-themed Ice Cream Man and Friends. Found in Taman Jurong Shopping Centre, this whimsical cafe is a popular place for a dessert fix. For something heartier, order up one of their Western mains from their menu which you can customise to your liking! 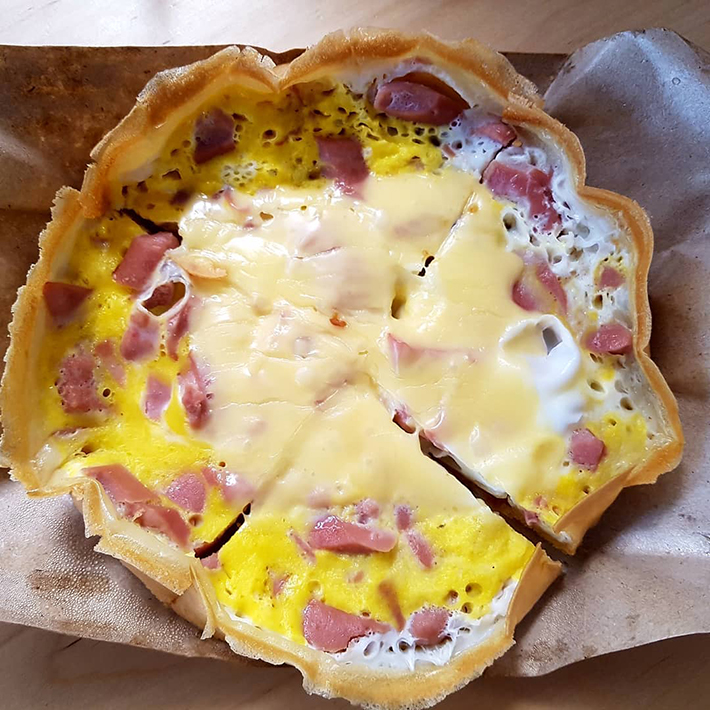 For a pancake that is unlike the usual, you can count on Famous Ah Long Pancake which has a branch in Taman Jurong. Egg + chicken ham + cheese (S$2.30) is one of their popular offerings. Their chicken floss + cheese + egg is sweet and savoury with a mix of dry and wet textures. Get one if your meal was not sufficiently filling. 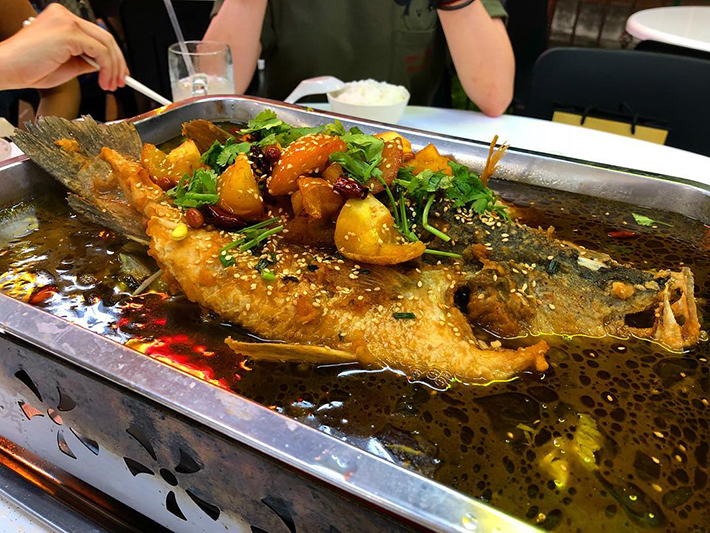 Da Dong Bei Ma La Xiang Guo is not just for piping hot sharing bowls of spicy numbing stir fry. You can get their Suan Cai Yu (S$20) which is a challenge to finish. There are copious amounts of peppercorn in this dish to add to the satisfaction. Order a few of their large steamed mantou to mop up the gravy. 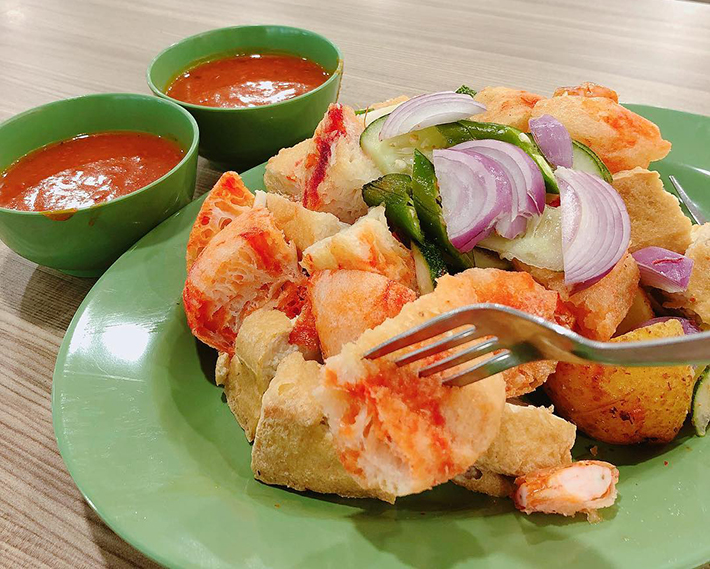 Haris Sharif Pte Ltd is the go to if you crave Indian cuisine while in the Taman Jurong neighbourhood. Their Indian Rojak has a delicious and smooth peanut sauce and their Martabak is loaded with mayonnaise and chilli sauce. Otherwise, you can always count on them for a variety of prata. 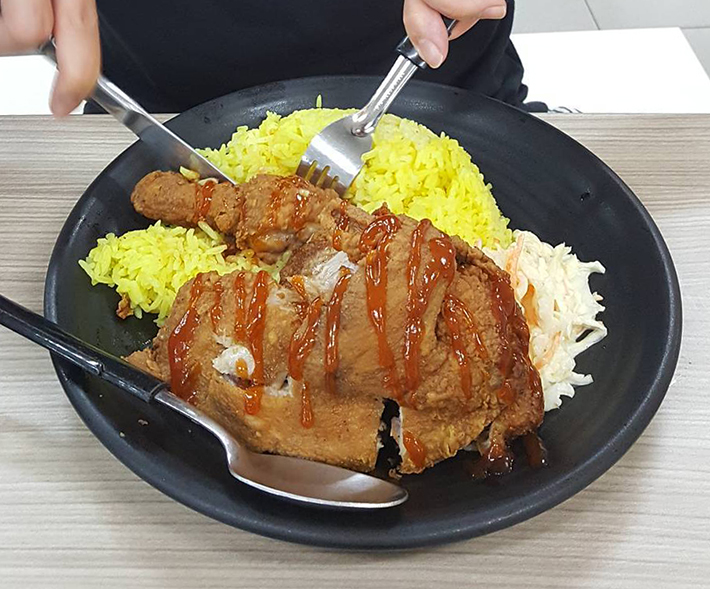 The best value-for-money meal at Tenderbest is their Whole Leg Chicken Rice (S$5.50). It is a very filling Western meal with spiced rice that you can easily finish with just its side of coleslaw alone. The chicken itself is large and meaty with a crispy layer of skin that is deep-fried to an appetising golden brown.