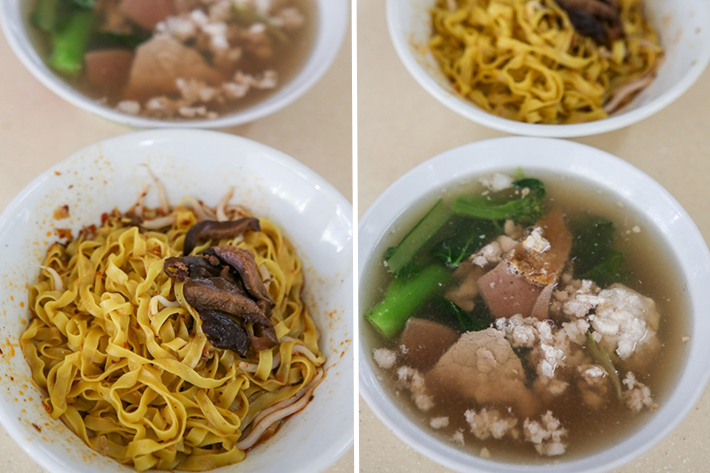 Since moving from their former home at Kovan, the popular Punggol Noodles now resides on the second floor of the Hougang Hainanese Village Food Centre. Despite their change in location, the stall still utilizes its old name to ensure that they remain easily found by their loyal patrons.

Although having been around for a while, the couple still runs the stall by themselves, with the uncle personally hand-cooking his noodles using just one hand after losing the other in an industrial accident years ago.

On our visit, we ordered the Extra Ingredient Minced Pork Noodles Dry (S$4).

For the price that we paid, we were actually quite pleased with the number of ingredients that we were getting together with our bowl of noodles. The dry version of the noodles came with stewed mushrooms on top as well as a bowl of soup that comprised minced pork, liver and a meatball. The noodles came tossed in their own chilli which added a nice spicy kick to the springy noodles upon first bite. For those that might find the noodles a little dry, you could consider adding the rich soup which adds a bit of flavour to the noodles. 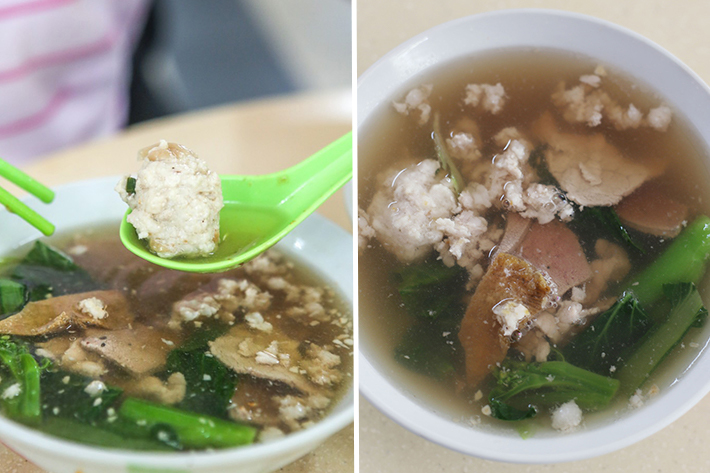 The ingredients in the soup were cooked well, with a seemingly generous portion of meat present. The minced meat was already cooked before being added to the soup and added a stronger savoury taste to the overall dish. We were particularly pleased with the liver which was done just right with no hint of any unpleasant iron taste.