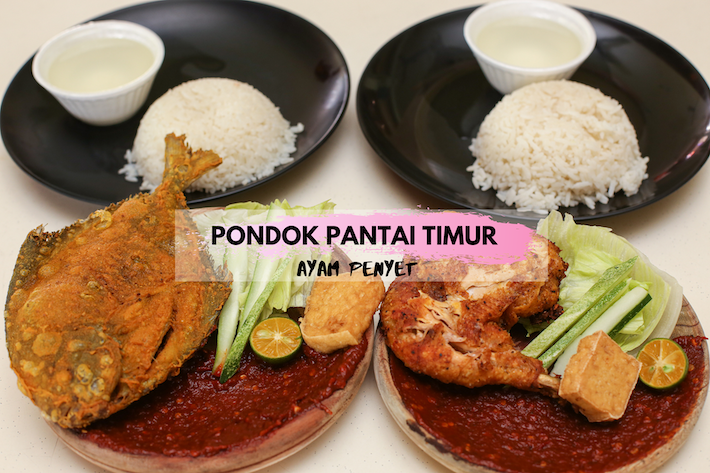 Pondok Pantai Timur is a family-run Muslim stall in Ubi that was originally located at Changi Village. They are known for their ayam and ikan penyet that have won the hearts of many, aside from various other Malay dishes available on their menu.

We headed down to try it out to see if it really is worth the hype or not, read on to find out! The Ayam Penyet (S$5.50) was served in a sambal-smeared wooden plate that looked super red and ominous. Unlike the colour, though the homemade sambal had a spicy kick, it was tolerable and is good for those who cannot really take spice. However, we thought that the flavours were slightly lacklustre as it had hints of sweetness and that’s about it.

The chicken, however, was marinated in various spices and then deep-fried without batter, which is something different from the usual ayam penyet. The meat was still tender and retained juices, the skin was really crispy and flavourful. Personally, fried chicken without batter always tastes better than those with batter because then it is less cloying and oily.

For those who prefer fried fish, the Ikan Penyet (S$6.50) is a deep-fried pomfret with a thin and crunchy batter. We really liked this as the fish was fresh, plump and did not have a fishy stench. The fish was relatively large in size and it definitely justifies the price tag. 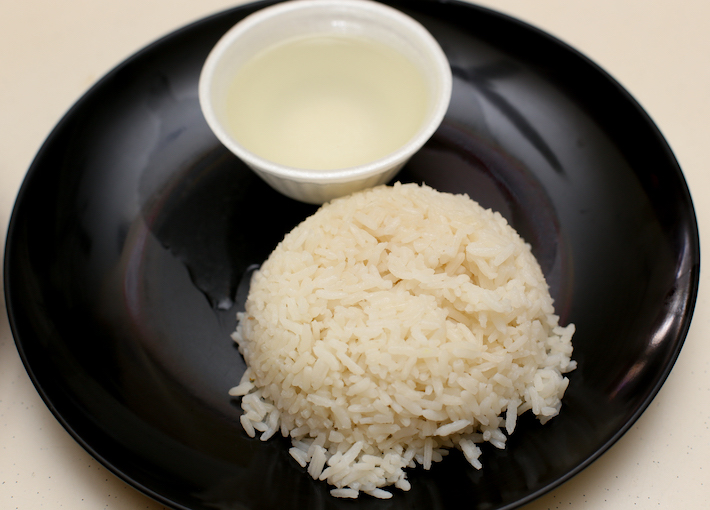 Every dish is served with a plate of rice and a bowl of chicken soup. The rice had a fluffy texture and slight flavours that resembled chicken rice but on the lighter side. This helped in making the dish less boring and added flavours to the overall mouthful when paired with the penyets and sambal. 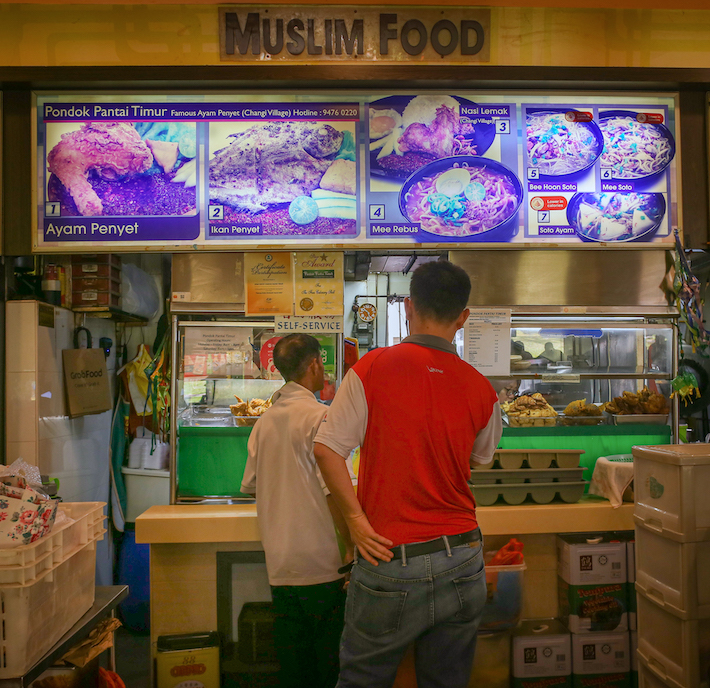 For affordable Malay fares with big portions, we would recommend those in the area to visit the stall to give Pondok Pantai Timur a try. Aside from their penyets, they have dishes like Mee Rebus, Soto Ayam, Mee Soto and so on.

However, if we were to focus on the penyets only, we felt that we have had better ayam penyets elsewhere. Though the Ikan Penyet was good, we are not sure if we would travel all the way to Ubi just for it. If we were in the area, we wouldn’t mind having this again, though.