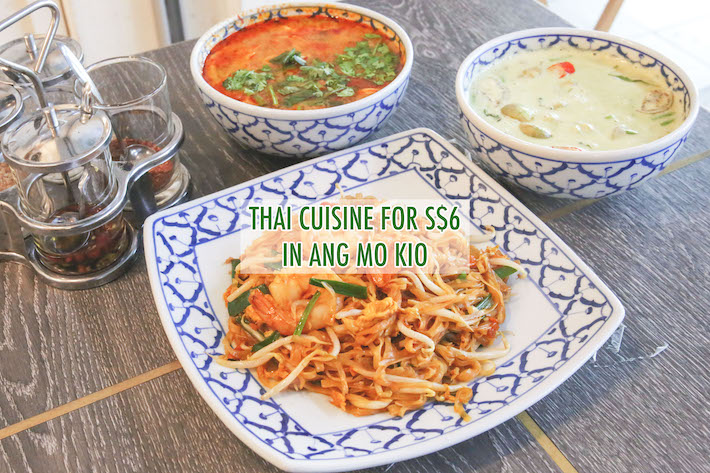 Located in the heartlands of Ang Mo Kio is Pok Pok Thai Kitchen where you can get affordable Thai cuisine in Singapore. Pick your favourite Thai dish from their extensive menu and like most Thai eateries, the portions here are good enough to be shared among a few people. But they do have rice dishes that are suitable for solo diners too!

With most dishes priced at S$6 and no GST or Service Charge, Pok Pok Thai Kitchen is a great place for those looking to get authentic Thai food at wallet-friendly prices.

First up was the classic Thai dish of Pad Thai (S$6). Although we found Pok Pok Thai Kitchen’s rendition to be slightly wetter, the noodles were flavourful and featured sweet and tangy notes. The bean sprouts gave a good textual crunch to it as well.

We also tried the Seafood Tom Yum Creamy Soup (S$8). Right off the bat, the soup was as spicy as it appeared to be. The heat was good and there was a fair amount of prawns, squid, fish slices and mushroom, but we personally found Pok Pok Thai Kitchen to be a little heavy handed on the sugar. 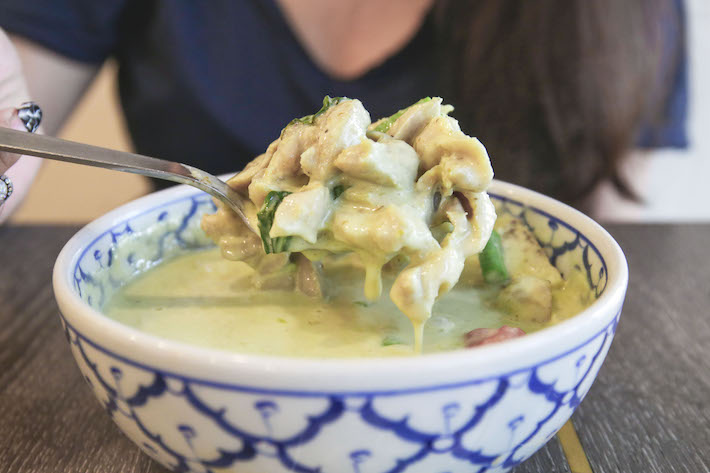 Our favourite of the lot would have to be the Green Curry Chicken (S$7). One of the better Thai green curries we’ve had in Singapore, it was aromatic, rich and had a good heat to it. We would have preferred it to be less sweet though. Nonetheless, we appreciated the generous portion of chicken and veggies in the curry. 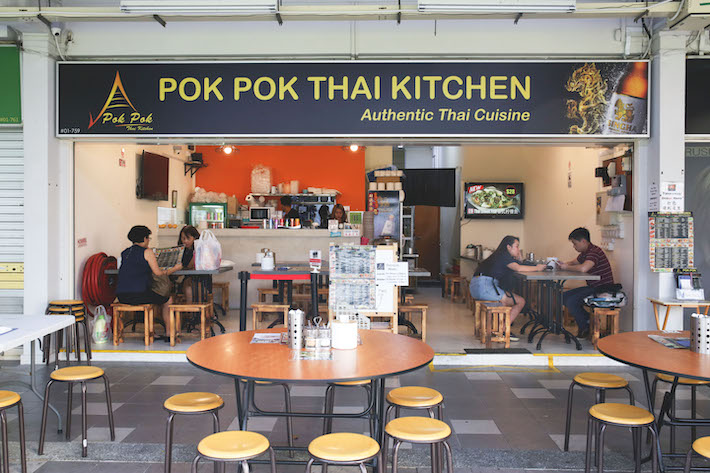 Despite being a little heavy handed on the sugar, Pok Pok Thai Kitchen is a good option for affordable and authentic Thai cuisine in Ang Mo Kio!