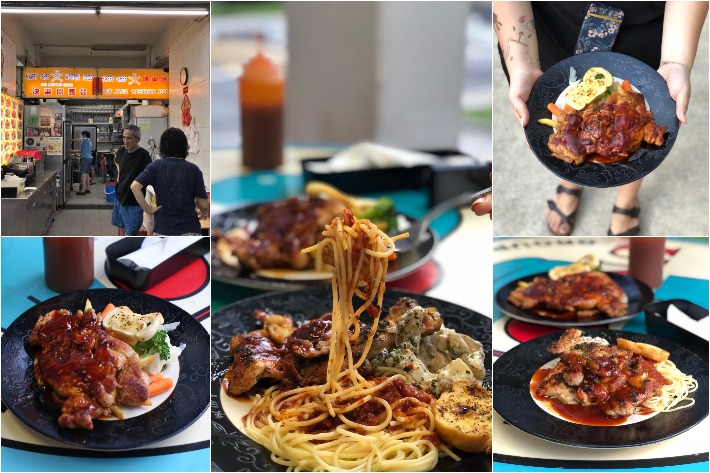 Tai Hwa eating house at Crawford Lane is famous for Michelin-starred bak chor mee stall, Hill Street Tai Hwa Pork Noodle, however, unknown to many is a humble Western food stall that dishes out some seriously good (and massive) plates of Western delights. 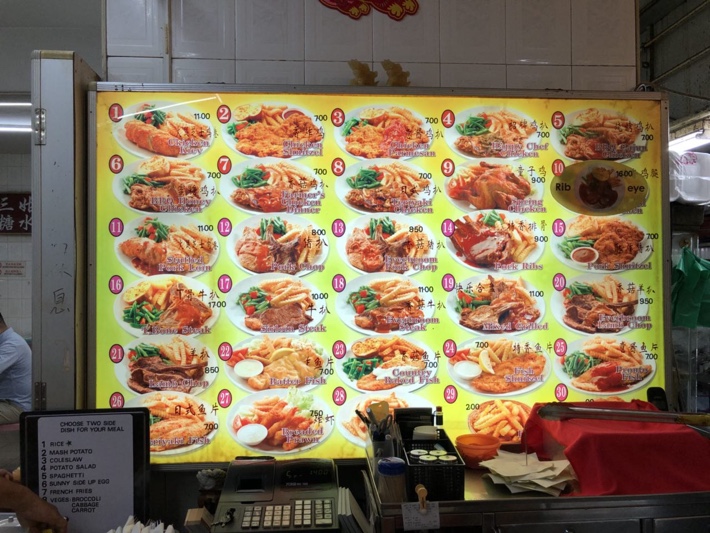 The first thing that greets you the second you arrive at Happy Chef is the massive menu that spans the entire wall right outside the stall. There were so many dishes for us to choose from that we were really spoilt for choice. 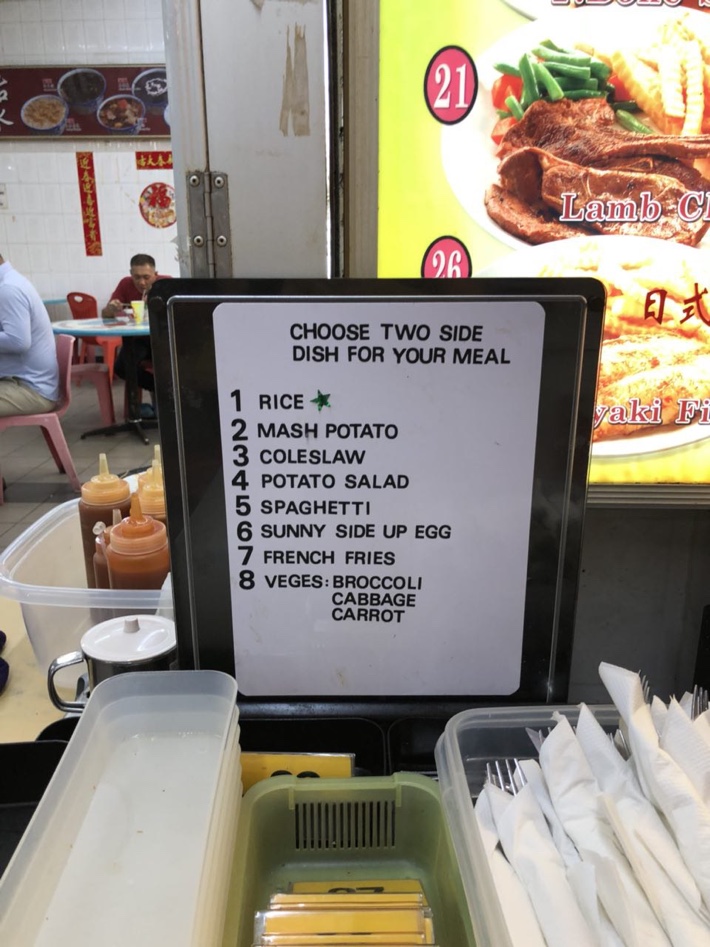 They also have a variety of sides that you can choose to have with your main. Their variety is limited but make no mistake that they really do execute every item well. 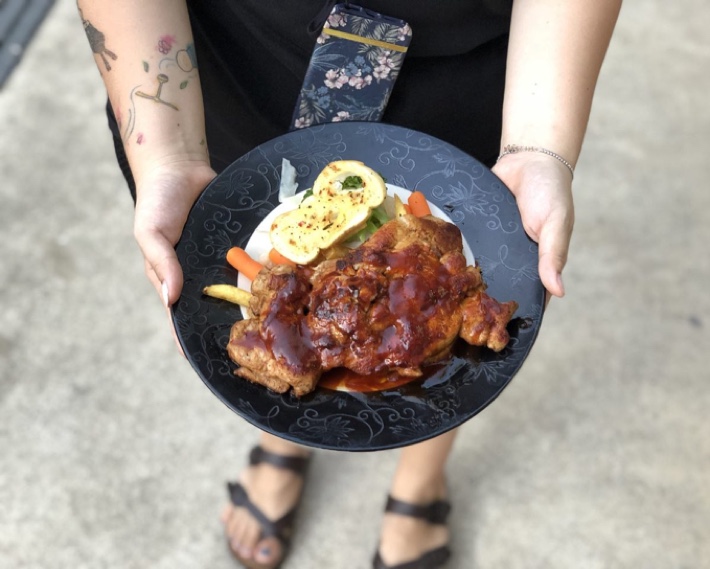 We first tried their BBQ Honey Chicken (S$7) and accompanying it, we chose to opt for French fries and vegetables. We were quite impressed with the portions and were really happy when we saw that they gave us such a gigantic slab of chicken.

The chicken was nicely glazed with the BBQ honey sauce, and there was a liberal amount of sauce for us to dunk the sides in. The sauce itself boasted just the right amount of sweetness and really amped up the flavour of the chicken very well. The vegetables were well cooked and were nice and soft, and the fries were crispy and soaked up the sauce nicely.

Each plate of mains comes with a complimentary piece of garlic bread, and we have to admit, we preferred it to the sides because it was THAT good. The bread was crunchy, garlicky and very fragrant, and we loved using it to mop up all the excess sauce. Our only complaint is that it was too small a piece—we wanted more! 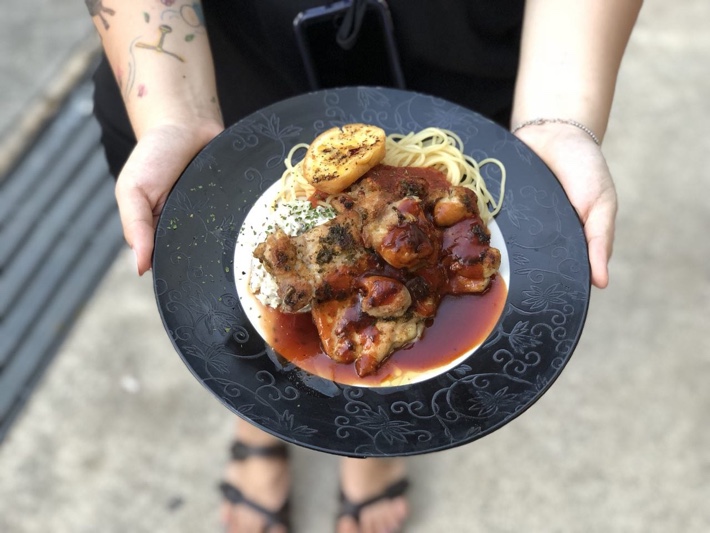 We ordered their Happy Chef Chicken (S$7) with a side of spaghetti and potato salad. At first, we thought that the Happy Chef Chicken was the same as the BBQ Honey Chicken as they both were drenched in a similar sweet sauce. However, after the second bite, we realized that there was indeed a stark difference between them.

For one, the Happy Chef Chicken was slathered with a thin layer of herbs before the sauce was poured over it, giving it a fresher, more herbaceous note compared to its sweeter counterpart. In terms of sides, we loved the potato salad and felt that it went very well with the chicken. On the other hand, we were not very big fans of the tomato-based spaghetti and felt that it was a tad bit too tart and watery. 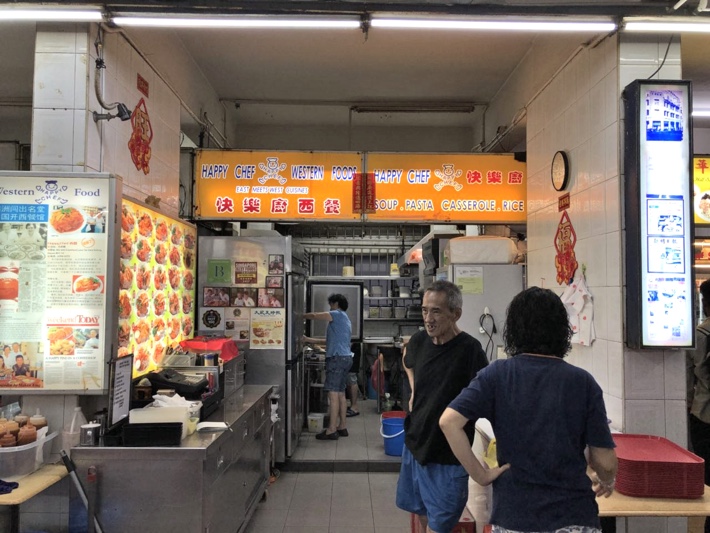