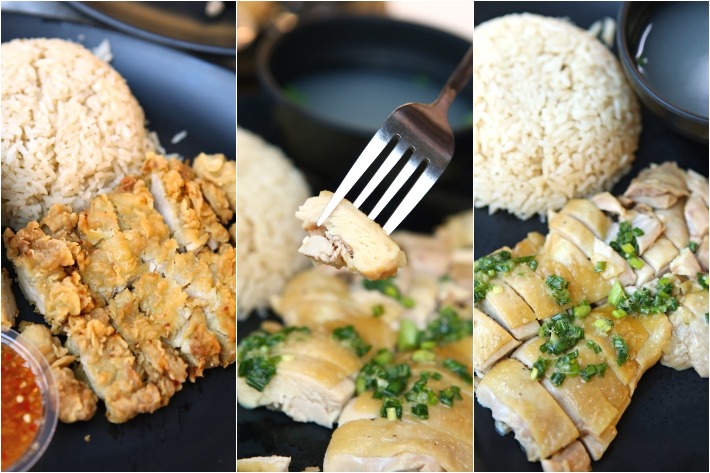 Salt baking is a process that involves covering an ingredient in a layer of salt, which locks in moisture, resulting in a super moist end product. In the humble confines of Seng Kang Square, there is one particular Hainanese chicken rice stall that employs such a cooking method.

Here, they wrap young chickens in paper bags before submerging them in giant barrels of salt. The chickens are baked for hours until the salt permeates and tenderises the meat while at the same time, ensure that the natural juices and fat of the chicken are retained. The result? Super succulent chicken that we dare say is worth travelling to the Northside for. 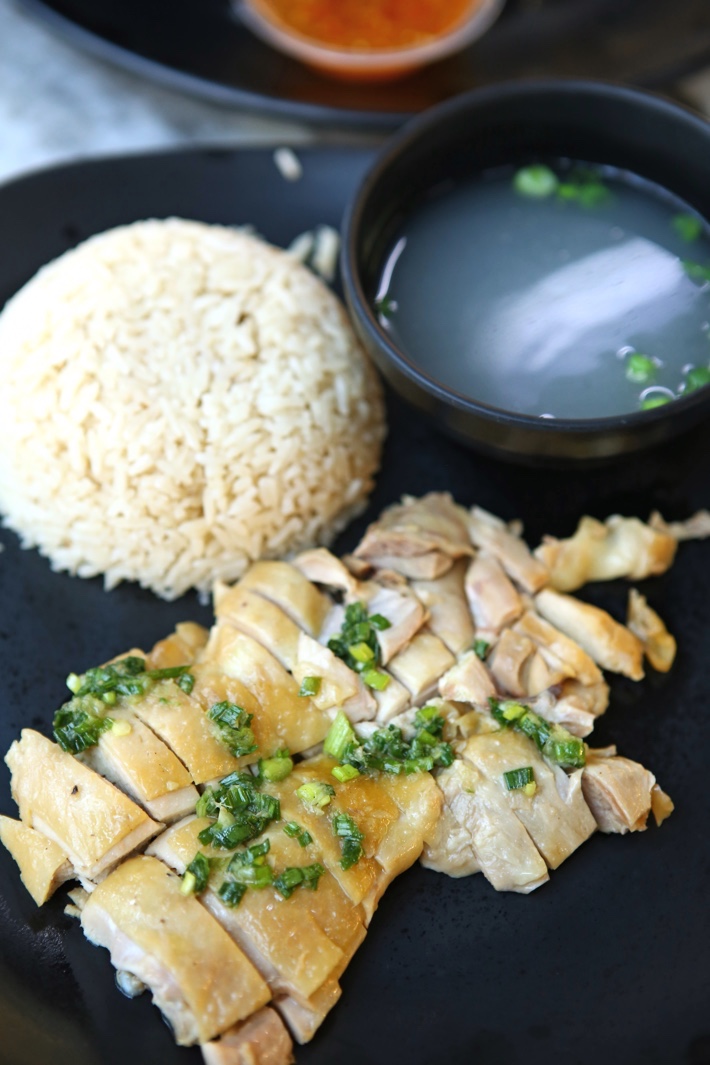 The Salt-Baked Chicken Drumstick Rice (S$4.50) consists of a cup of flavoured rice along with a generous portion of tender meat. The chicken is also slathered in an addictive sauce made from garlic and spring onions, a simple yet genius addition that elevates the flavours of the chicken and gives it a sharper, more savoury flavour.

The chicken itself was unbelievably tender, flavourful and incredibly juicy. The meat definitely retained plenty of moisture and every bite was chock full of flavour. This was no doubt one of the most tender chicken we have ever eaten to date and we can safely say that this salt-baked method works; it truly is a miracle worker! 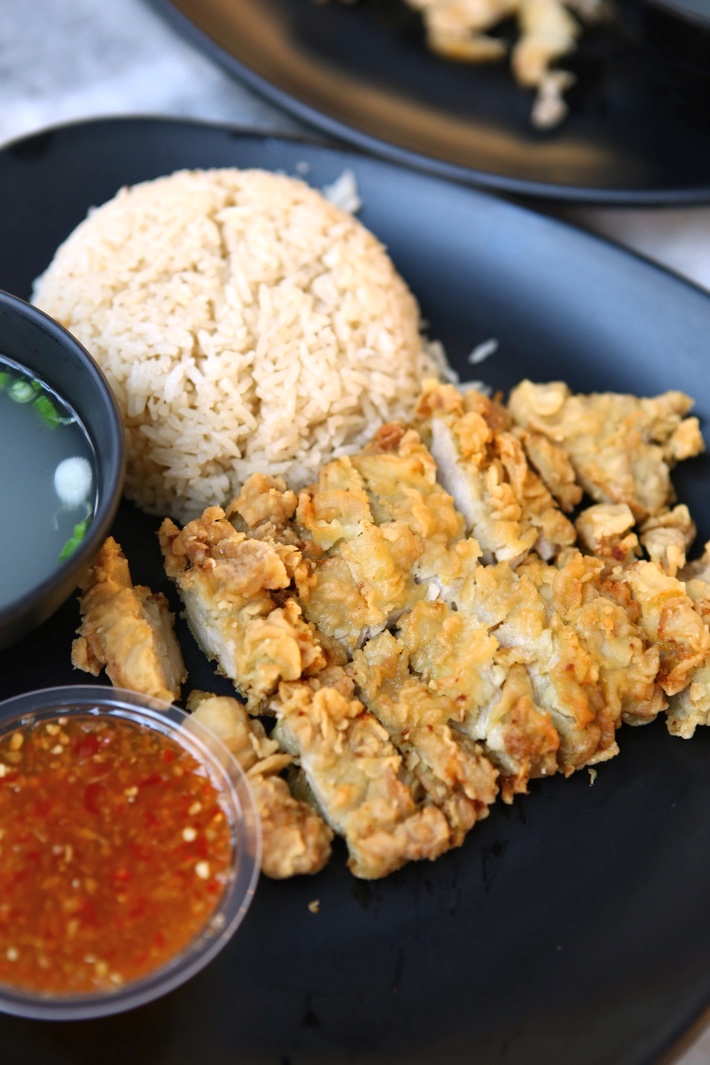 Next up, we had a go at their Sour & Spicy Chicken Chop (S$4.50) to see how it compared against the salt-baked chicken. The chicken chop and sour & spicy sauce came separated, which we appreciated as it gave us some control over how much sauce we wanted on our chicken. 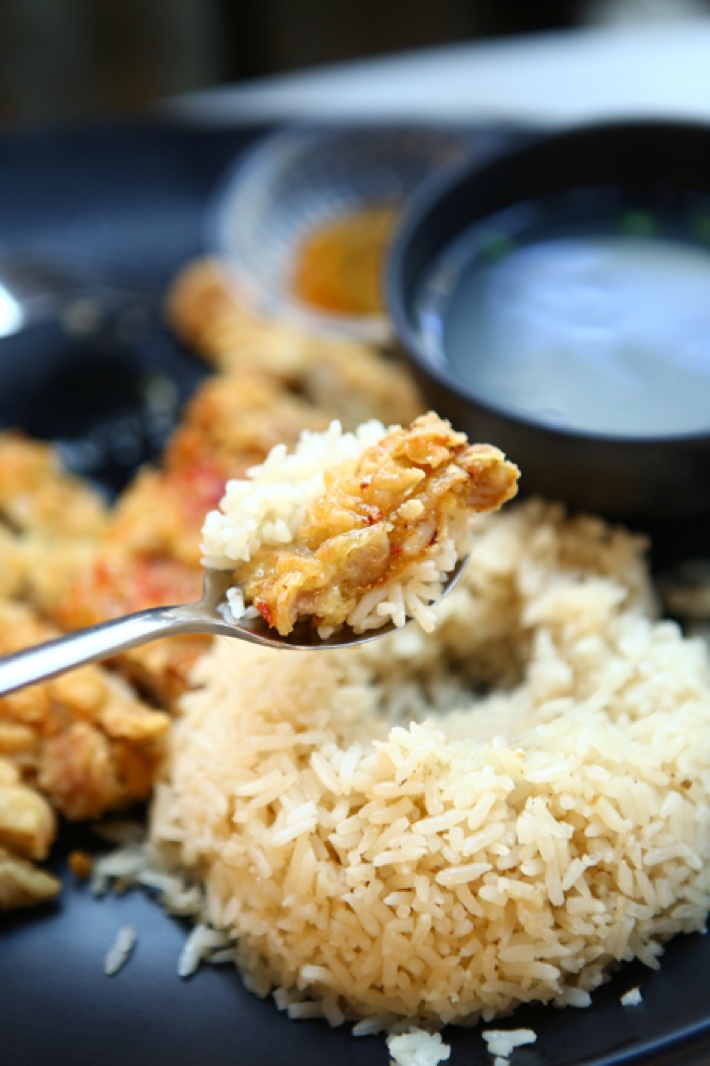 The chicken itself was tremendously crispy; if only you could hear the loud crunch it made when we bit into it! The chicken by itself was already very flavourful, but we felt that the sauce really added that final, perfect touch to the chicken by enhancing it and adding a subtle, tangy kick.