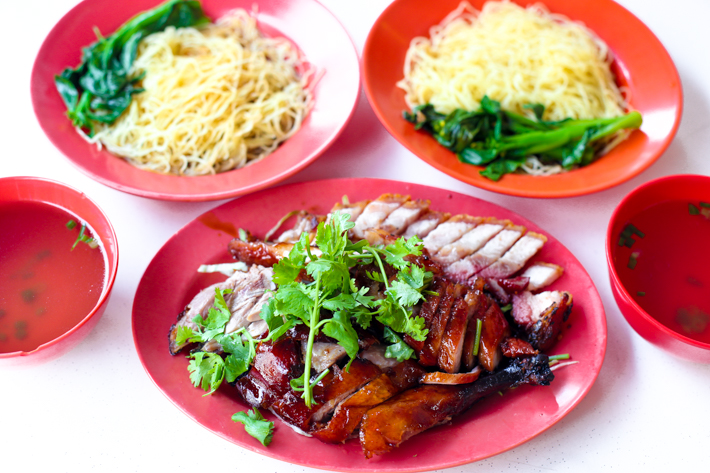 Foong Kee Coffee Shop is one of the best Chinese roast meat stalls in Singapore. It’s a rather unassuming coffee shop at first glance, but when you take that first bite, you’d understand why the queues don’t ever seem to disperse till lunch hours are over.

If that wasn’t enough of a testament to how good their roasts are, perhaps the multiple newspaper clippings pasted all over the storefront might do the trick. The owners are unapologetic about serving only roast meats, wanton, noodles and rice, and they do a damn good job too.

Rather than get individual plates, we decided on getting a mixed platter of roast duck, roast pork and char siew (S$15), along with two plates of noodles (S$2 each).

The plates arrived with little fanfare, but just the display of roast meats was more than enough to have our mouths salivating nonstop. The glisten and shine on the surface were absolutely enticing and we couldn’t wait to tuck in.

It is undeniable that their roast pork is fantastic. The ratio of fat to lean pork meat was just right, and the crispy crackling skin had such a satisfying crunch to it. The savoury marinate really did permeate through the meat itself as every bite was so flavourful.

We also did appreciate the chef’s honesty about the roast pork, that depending on circumstances, it might not always turn out the same way. While to some it might be an issue of consistency, to us it was proof of his hard labour that goes into personally preparing the meats every day. If anything, the quality of his efforts is so good that the differences aren’t all that noticeable.

The char siew didn’t lose out either. The caramelised crust had a wonderful char and smokiness to it, with the slightly burnt edges playing off the sweetness of the sauce. The fat on the pork wasn’t overwhelming either and was just enough to keep the lean meat moist enough. 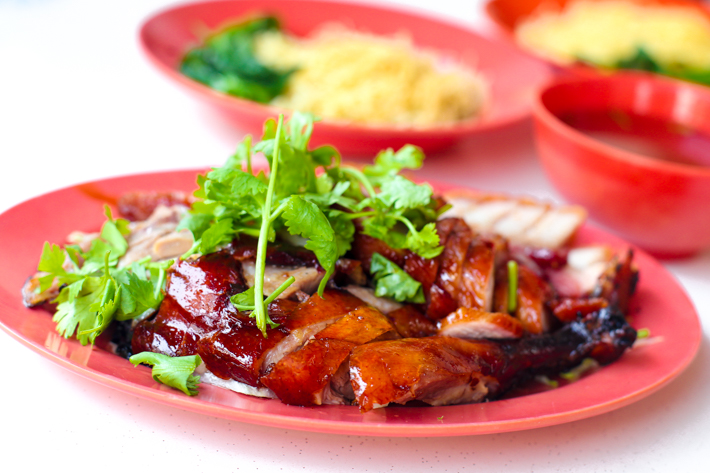 While they’re more famous for the former two, we felt that their duck deserved much praise. The cuts of duck meat were absolutely succulent and tender, with its natural game meat taste amplified in a pleasant umami way without being too heavy. The skin was also really thin and crisp, which we liked a lot.

Though roast ducks have a tendency to have a thick layer of white fat on it, this was just the right amount as the fat melted like butter and gave the meat an extra fragrant burst of flavour. It was oh so sinful, but oh so good.

The chilli deserved a special mention too. Rather than the usual viscous and sweet chilli paste, theirs resembled more of the Thai variety. It was sweet, tangy and spicy all in one. We appreciated that it brought out another element of flavour to the roast meats without covering it up like the usual chilli paste. 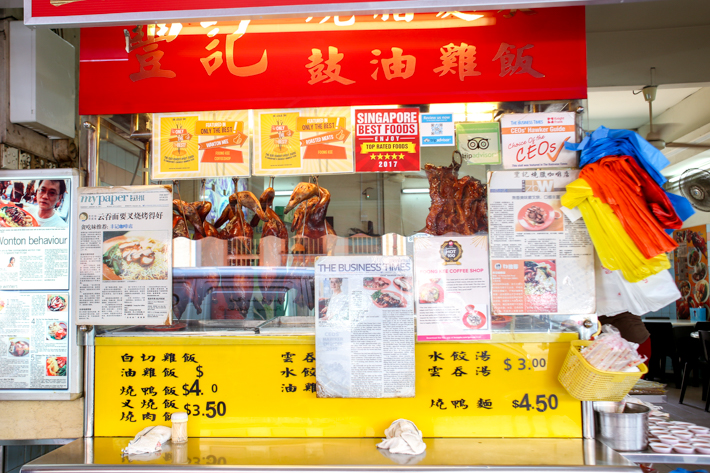