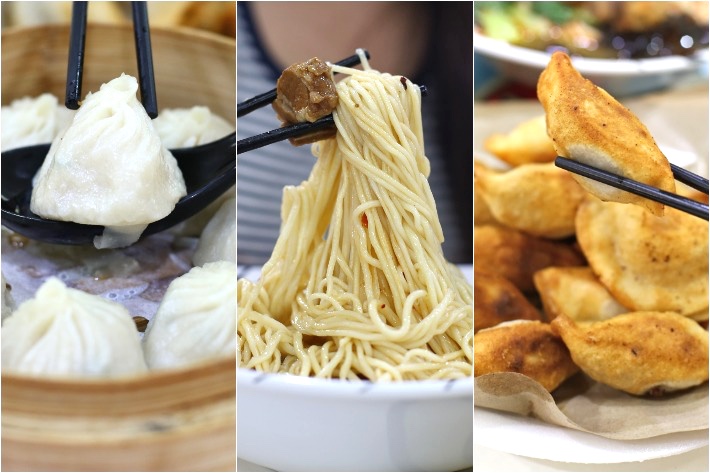 Hawker stalls that sell la mian and dumplings that actually surpass our expectations are a dime a dozen. Not saying that we expect restaurant-standard dumplings wherever we go but at the very least, ones that come with a modest amount of tasty filling and cooked to perfection—be it boiled, pan-fried or served in chilli oil.

Fortunately for us, a little harmless exploring nearby our office led us to Chuan Qee, a relatively new la mian stall tucked away in 7 Stars Coffee Shop in Tai Seng. From noodle to dumpling, we were utterly impressed. Not only is the food here cheap, but it is also of restaurant quality. We highly recommend! 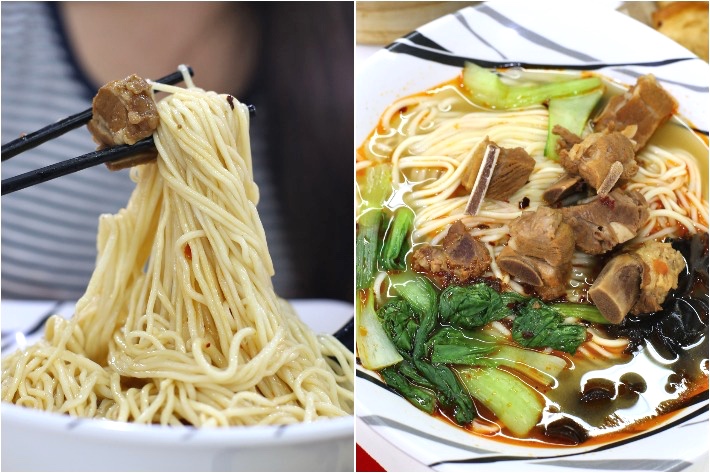 We started off with a bowl of their Mala Pork Ribs Noodles (S$4.50), which consisted of springy, chewy handmade noodles that were doused in a tangy and spicy broth and topped with succulent pork ribs bits and vegetables. The portions here were massive and we had trouble finishing a bowl by ourselves.

But what really caught our attention was how smooth the noodles were. We honestly never experienced such smooth, handmade la mian ever and we were thoroughly impressed. The pork ribs also added a satisfying, meaty texture to the dish and the meat was fall-off-the-bone tender. Definitely one of the best la mian we have ever tried to date. 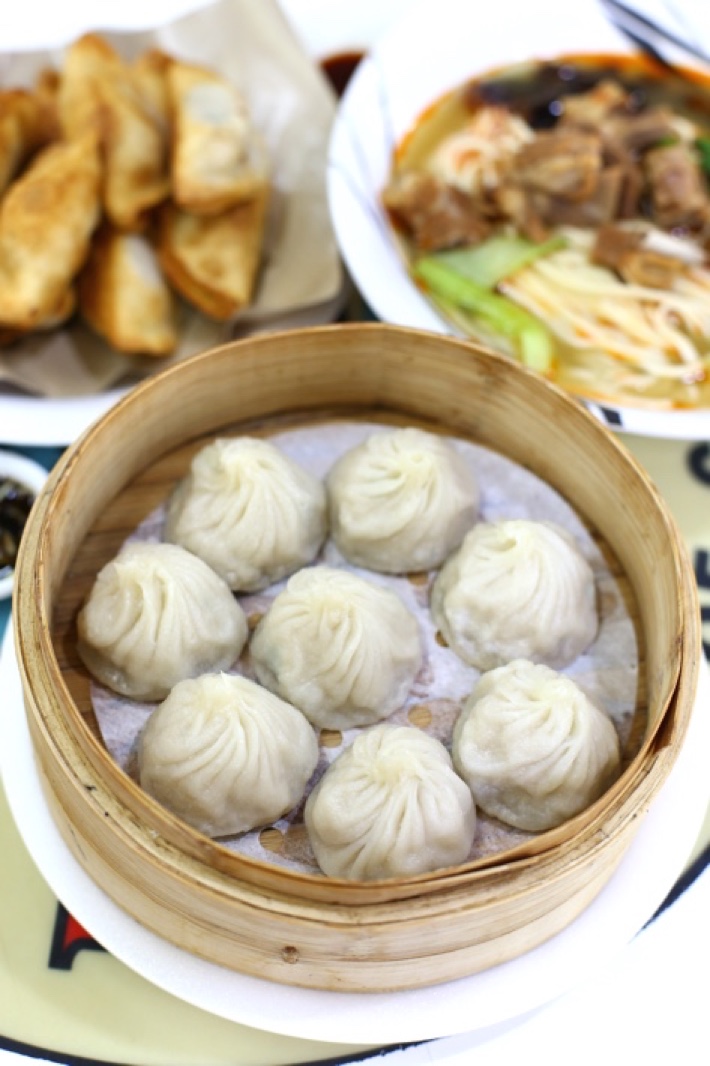 Their Shanghai  Xiao Long Bao (S$5.50) on the other hand was not the best we have ever had, but they were pretty satisfying nonetheless. 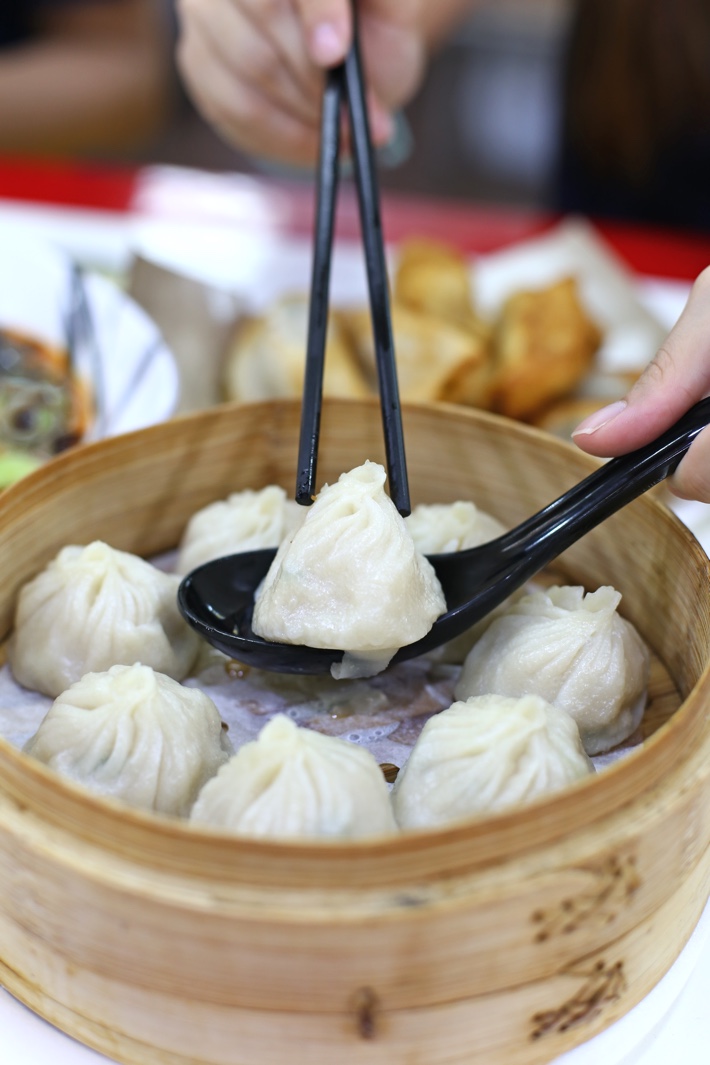 The skin to meat ratio was on point with just the right amount of chewiness to it. The meat, on the other hand, was tender and sufficiently juicy. Our only main gripe was the lack of soup in the centre of the dumpling. We would’ve much preferred more soup to gush out when bitten into. 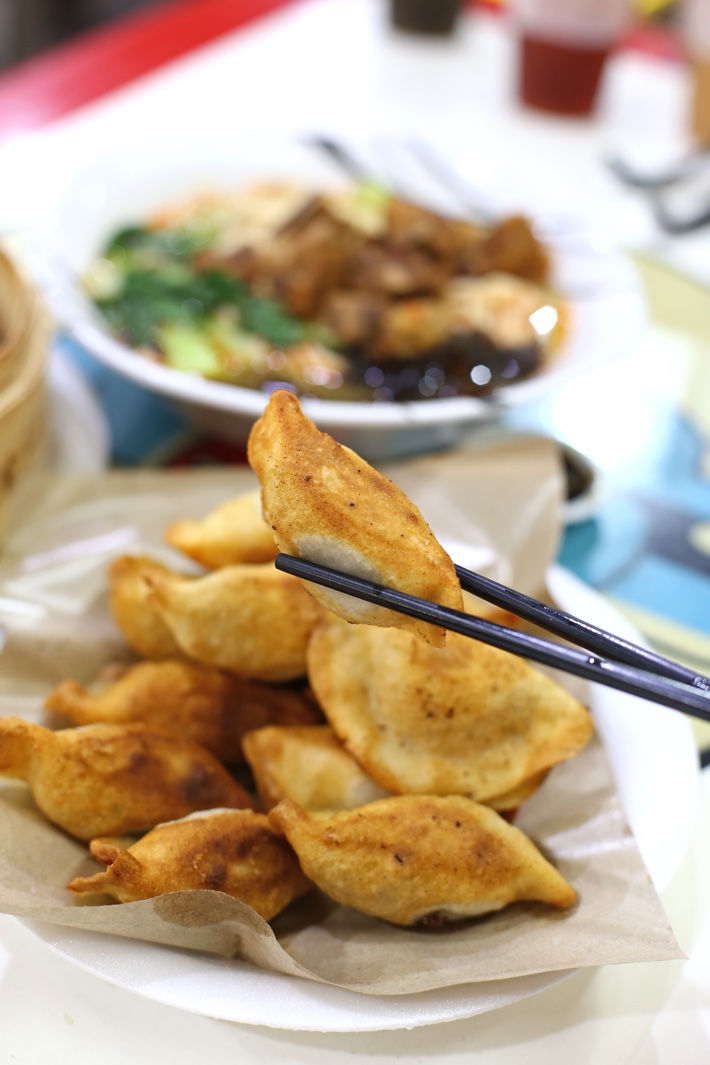 Finally, we had their Fried Dumplings (S$5/S$8/S$10) which you can have with either chive with meat or plain meat fillings. The portions for this were insanely generous and for S$5, we managed to get 12 golden brown pieces of fried dumplings—we recommend sharing.

The dumplings were perfectly crisp on the outside and made a satisfying crunch when we bit into it. The meat and chives filling was pretty flavourful, but it would have been perfect if it had been a tad bit juicier.