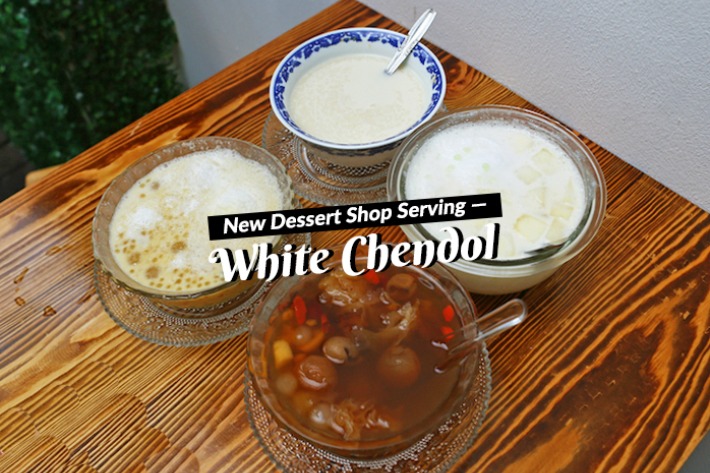 It seems like North Bridge Road is becoming a hotspot for new cafes and eateries, with several establishments moving in since the start of this year. One of the new kids on the block is Chow Zan Dessert, a casual dessert eatery that does some solid traditional Chinese desserts.

Yet another spot for mango pomelo sago and black sesame paste? We couldn’t be more excited.

With a name that translates into “extremely good desserts”, Chow Zan Desserts sets the benchmark pretty high for themselves. So, are they really as good as they proclaim to be? We were dying to find out. 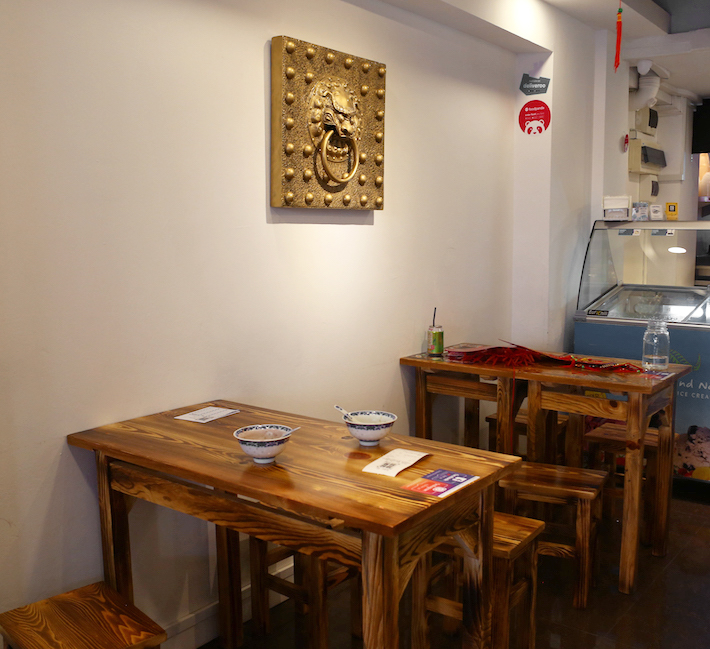 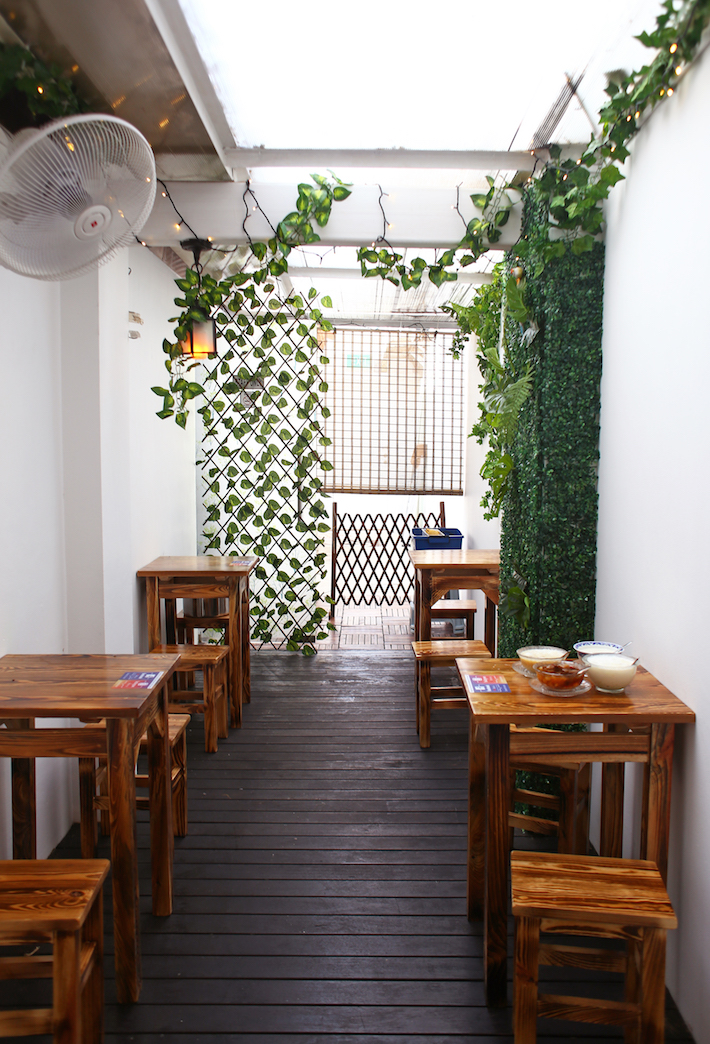 But if it’s not too hot, we’d pick their al fresco dining area, hands down. Tinged with greenery and natural light, the outdoor space emanates clean, laidback vibes.

Onto the food, their menu features an extensive variety of hot and cold desserts, with the likes of durian sago, yam paste and — get this — White Chendol.

Using freshly squeezed coconut milk, their rendition swaps out the usual pandan jelly for coconut jelly. Thankfully, they haven’t left out the imperative pandan element completely as the coconut milk and gula melaka are still infused with natural pandan essence. 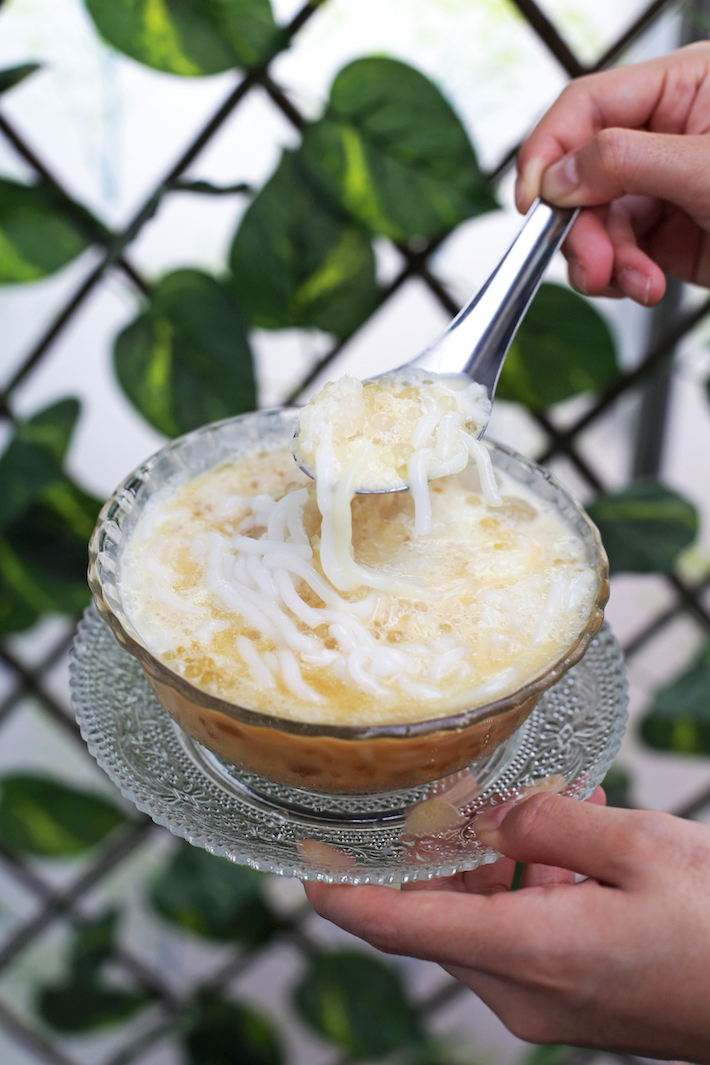 The White Chendol (S$4) was super refreshing, fortified by the well-bodied coconut milk and aromatic gula melaka. They weren’t heavy-handed with the sugar so the dish wasn’t too sweet.

The Honeydew Sago (S$4.80) fared just as well. Fresh honeydew cubes added a juicy crunch, undercut by the delicate chewiness of sago pearls. The coconut milk was perfectly sweetened too.

As for the hot desserts, the Eight Treasure Cheng Tng (S$4.50) tasted as if it came straight out of an 80-year old grandma’s kitchen with its rich herbal notes.

It was brimming with ingredients, from dried persimmon to white fungus. Gingko nuts and lotus seeds lent a soft crunch which really elevated the whole dish.

The Ginger Milk Pudding (S$4) was another recommended dessert. While we aren’t the biggest fans of ginger, we were surprised by how much we liked this dish.

Silken and creamy, the milk pudding was tastefully spiked with ginger and sugar. They nailed the ratio of ginger to sugar, as the sweetness helped to mellow out the gingery kick. 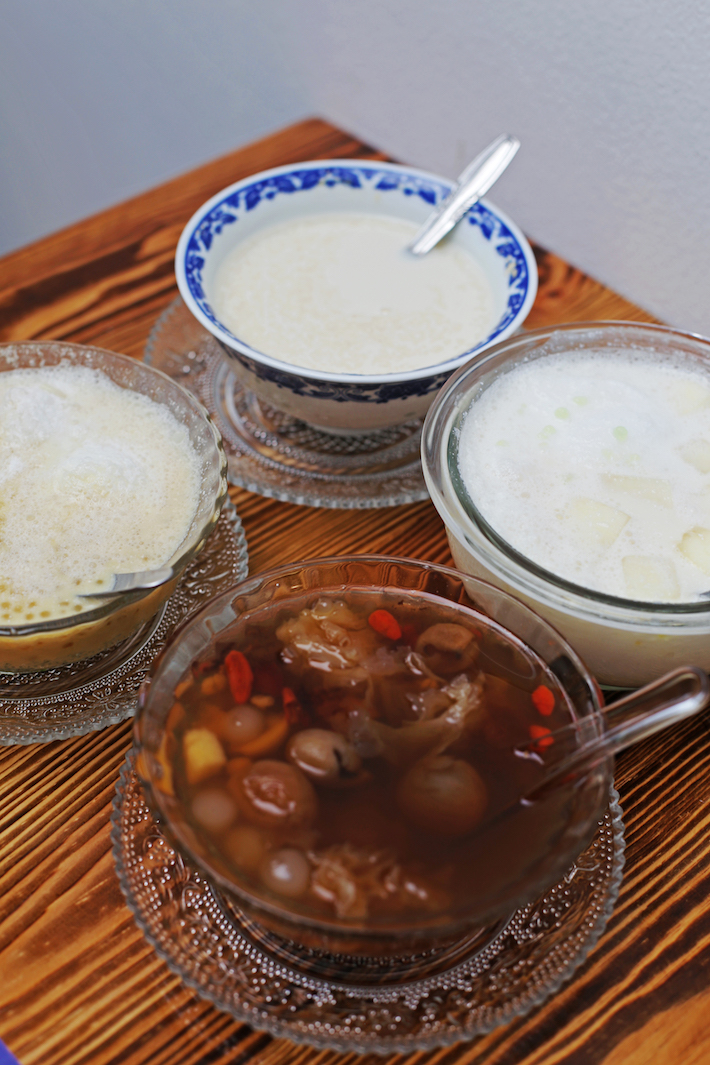 Besides traditional Chinese treats, Chow Zan Dessert also offers ice cream and brownies for palates that are less inclined to Asian flavours. But, if you’re on the hunt for honest, thoughtful Chinese desserts, markdown Chow Zan Dessert on your Google Maps.