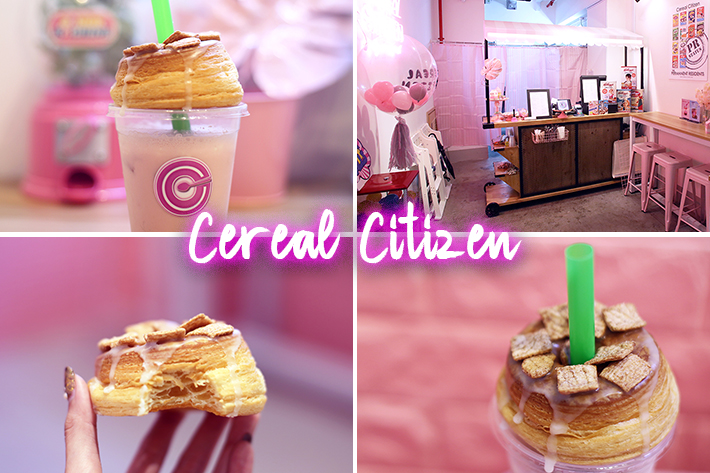 Cereal cafés first shot to fame when London’s Cereal Killer Café went viral on the internet. Ever since the fad first came about, we have been dying to visit a cereal-centric café. Of course, the sceptics in us were rolling our eyes at paying way more money than we should for boxed cereal and milk, but nevertheless, we wanted to see what the hype was all about.

When news first broke that the first ever cereal café was opening in Singapore by local online personalities Bong QiuQiu and Rachell Tan, we knew we had to pay them a visit. Situated in The Midtown in Hougang, the café sits on a 2-storey duplex space where the counter and kitchen sits on the first level and the dining space one level up.

Despite walking in with reservations, we were sold almost immediately by the whimsical and well-designed interior with baby pink walls and adorable decor and knick-knacks.

While the café brands itself as a cereal café, their most popular item is the Crododo (S$5.90), a unique donut-shaped croissant topped with icing and a sprinkle of cereal of your choice. Even though the price was on the steeper end, we still opted for the Crododo + Milkshake (S$10.90) combination to try out the best the café has to offer. 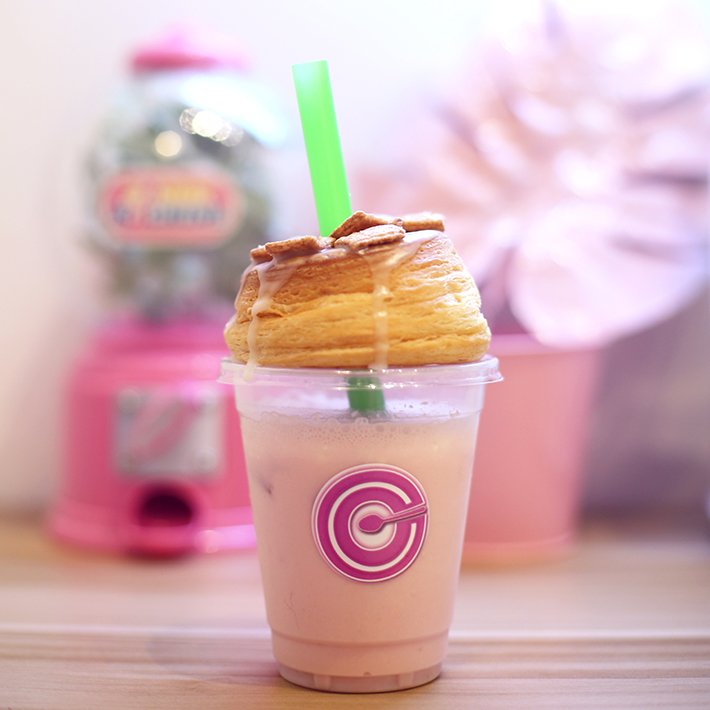 The Crododo was surprisingly delicious, especially when consumed fresh. The Crododo was still warm and was just the right amount of flaky without making a huge mess. The fluffy Crododo was buttery and delicious on its own, but the added icing and cereal on top really enhanced the overall flavours for us. The Banana and Strawberry milkshake that came with our set was admittedly a little subpar. The cup was small and unsatisfying. For an extra S$5, we say give it a pass and go for 2 Crododos instead to really get your money’s worth.

The Crododo is definitely Cereal Citizen’s saving grace, for without it, it could potentially be another run-of-the-mill pretentious café with no real pizzaz. Make a trip down to The Midtown, have some delicious boat noodles and drop by for a satisfying Crododo dessert.