10 Animals You Never Knew lived In Singapore And Where To Find Them! 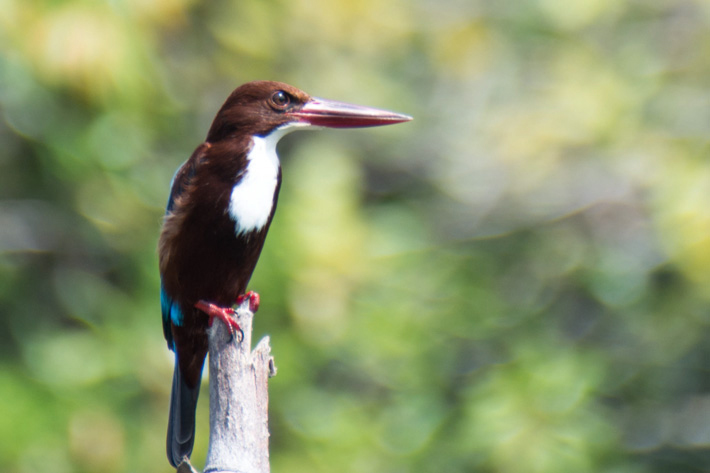 Every day, we get woken up by the pigeons and mynahs that roost in the trees outside our windows. We pass by the manja cat that lazes at the void deck on our way to work, and battle with the crows and the flies that have their eyes on the prize. These are the animals that we “interact” with on a daily basis.

But these everyday animals are just a fraction of the many we have in our city. Thanks to our geographical location and landscape, our little red dot has got a lot more to offer. One must only know where to look, and you can uncover a side of Singapore that you probably never knew existed.

From the largest reptile in the world to the mischievous and playful, here are 10 Animals Which You Never Knew Lived in Singapore And Where To Find Them! Do you sometimes hear a high pitched laughter in the woods, as if an evil monkey is planning something sinister? Fret not! What you probably heard was the call of a Kingfisher.

A bird that makes such a ruckus, coupled with the fact that they come in shades of electric blue, yellow and even pink, it is definitely not difficult to spot it. Normally found near water bodies, it is especially a treat if you spot one diving for fish, but don’t blink! Because if you do, you may just miss the catch of a lifetime.

Where? A number of species of Kingfishers call Singapore home and they can be spotted in most areas that surround a water body. My favourite places to spot them are the former Bidadari Cemetery, National University of Singapore @ Kent Ridge and Sungei Buloh Nature Reserve. 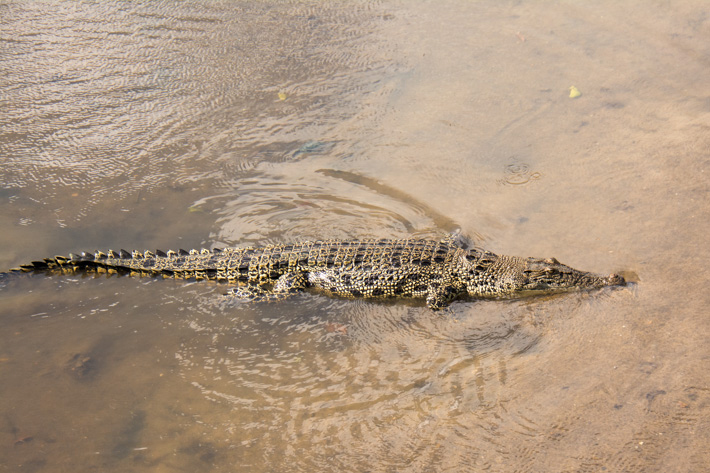 “What a buaya!” You may hear this term being used to describe a guy in your group who is a skirt-chaser. But do you know that Buaya is actually the malay word for Crocodile?

One can only wonder why the word buaya is used to describe skirt-chasers. Maybe it is the fact that crocodiles sometimes laze on the river banks with their mouth open, akin to that of a guy’s expression when a pretty lady walks past him.

The largest reptile in the world, this fearsome predator strikes with a bite that is almost four times stronger that of a tiger. One would do well not to provoke them when spotted and it is always good to keep a distance while enjoying a view of this majestic creature.

Where? The Estuarine Crocodile is most commonly seen along the northern coast of Singapore, with Sungei Buloh Nature Reserve being the most popular place to spot these magnificent creatures. There is always a good chance of spotting an Estuarine Crocodile basking on the river bank or slightly submerged from the main bridge located near the original entrance of Sungei Buloh Nature Reserve. 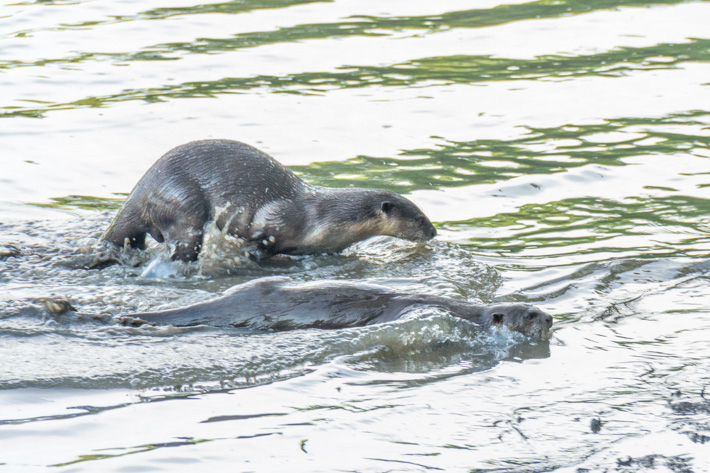 Imagine you’re on your regular evening jog at your neighbourhood park when suddenly you see a group of dark furry four legged creatures running across your path. What you have just seen, is probably a family of otters.

So if you ever hear the sound of water splashing about as if a child playing in the pool, follow your ears and you may be treated with a sight of these playful little “water dogs”. Where? The creation of artificial water bodies and the establishment of large cichlid fishes in these water bodies have proved to be a boon to the Smooth Coated Otter. The larger of two species of otters in Singapore, the Smooth Coated Otter can be found around most reservoirs and some parks, the most frequently sighted family of otters being at Bishan-Ang Mo Kio Park, Sungei Buloh Nature Reserve, Serangoon Reservoir and Marina Bay Reservoir. 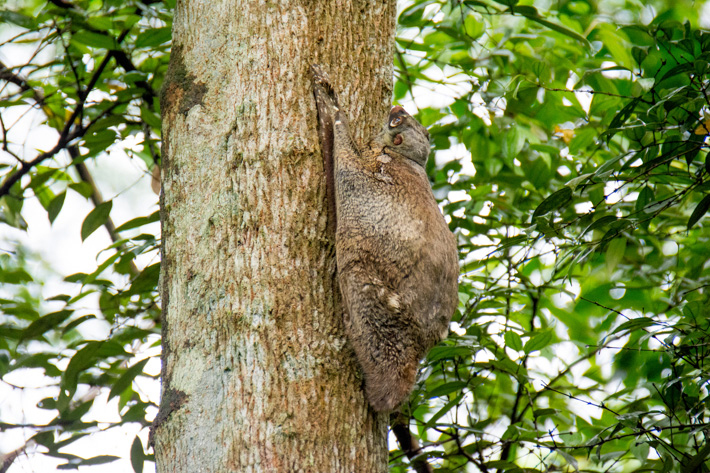 “What is that lump of fur on that tree?” Hidden among the tree branches is an interesting critter that one may not believe exists in the jungles of Singapore.

Commonly known as flying lemurs, they however are not a lemur like those from the movie Madagascar and neither do they fly. Instead, like a man in wingsuits, they travel across the jungle by leaping off from canopy to canopy, gliding from tree to tree. Their mottled green fur also provides an excellent cover as they camouflage expertly against the bark of the trees in the forest. Maybe the army can take a leaf out of the Colugo’s book in the art of camouflage.

Where? The Malayan Colugo can be spotted up among the trees in the forested areas of the Central Catchment Nature Reserve and Bukit Timah Nature Reserve. Usually more active at night, one would most likely spot a Colugo pressed against the bark of a tree taking a break in the bright hours of the day. Just remember to look up among the trees the next time you take a walk among the forests of Macritchie or Bukit Timah. 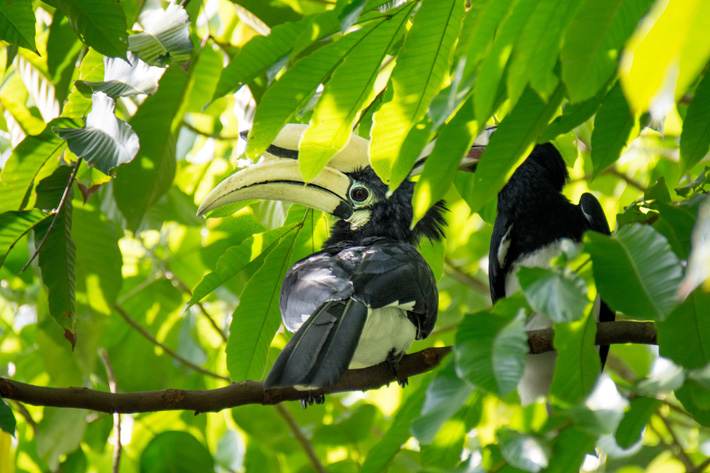 In the jungle exists the greatest love story on Earth. Here, the lead actor jealously protects his Juliet with a high security home while providing her with the best food that he could buy find.

If there is ever an award for the most romantic animal on earth, the male hornbill would be a shoo-in for the award. These majestic birds form a monogamous pair and when they are ready to breed, the female would seal herself in a tree cavity to lay her eggs and raise her young. The male, ever the romantic, religiously stands guard outside, rain or shine, and provides her with the best fruits and insects he can find.

Where? The only resident hornbill species in Singapore, the Oriental Pied Hornbill have been making a comeback or sorts in Singapore. Numbering slightly more than a hundred, the Oriental Pied Hornbill can be spotted around Pulau Ubin and Changi Village. Sightings of the bird has also been reported, at Sungei Buloh Nature Reserve, the former Bidadari Cemetery and also in areas as far south as Kent Ridge. Do not be afraid if you hear rumblings coming from inside the forest. What you probably heard was a wild boar bashing through the thick vegetation in search of food.

Many of us were taught during school camps that if we were ever chased by a wild boar, running in a zig-zag pattern would shake them off. However, more often than not, they are as docile as most other wild animals and avoids contact with humans whenever possible.

Just a note of caution though. Do not carry bags of food when you are around them. I am sure we have all heard stories from our army boys who have lost their fieldpacks to these perpetually hungry wild boars.

Where? Often seen in Pulau Ubin, there is a population of Wild Boars that resides near the entrance of Chek Jawa and one is almost guaranteed to spot a family of Wild Boars there. They have also been spotted in places such as Lower Pierce Reservoir, Lim Chu Kang and Changi. 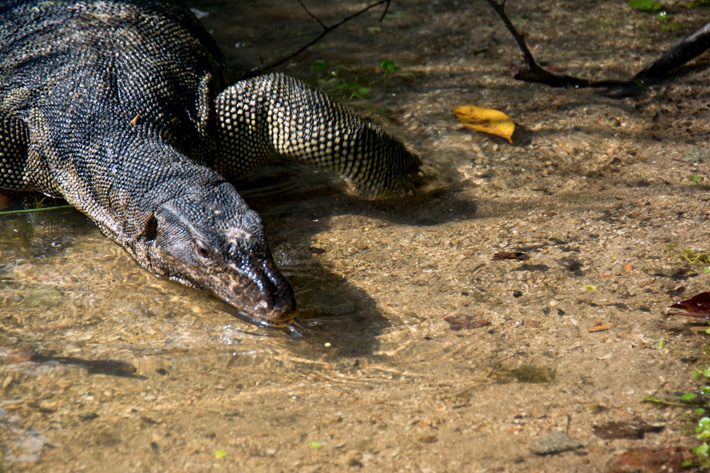 “Komodo dragon, Komodo dragon!” One may hear kids shouting excitedly to their parents that they spotted a Komodo Dragon. But don’t go running for cover now, it is simply a case of mistaken identity.

Those huge and ferocious Komodo Dragons are only found on five small islands near Bali, Indonesia. What we have in our little red dot are their smaller sized cousins. More often than not, you will find them sunbathing along the edge of the water or just crawling nonchalantly past you. If you are lucky, you may also spot one climbing a tree

Where? Three different species of Monitor Lizards can be found in our little red dot, with the Malayan Water Monitor being the most common. They can be easily seen in a number of our nature parks such as Kent Ridge Park, Macritchie Reservoir Park and Sungei Buloh Nature Reserve. 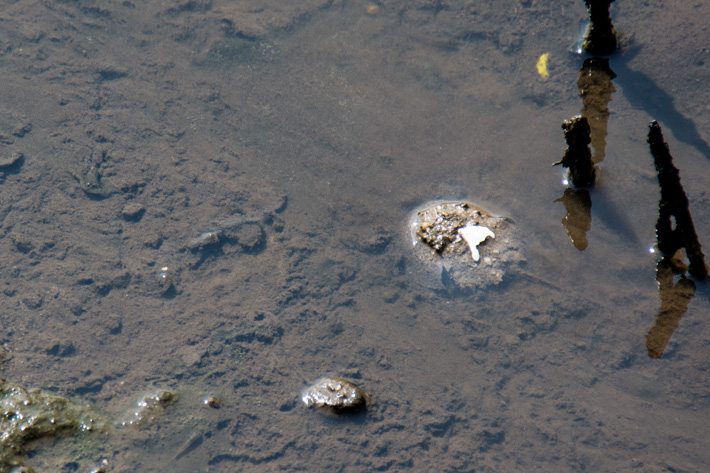 With a roundish body and a long tail, and hidden by the muddy waters of the mangrove forest, one may be forgiven to think that what they have spotted is a stingray. In actual fact, unlike the stingray which is soft and fleshy, the Horseshoe Crab has a shell that is akin to a knight’s armour.

Such comprehensive armour is probably why these primitive creatures that have lived on earth since the age of the dinosaurs still continue to thrive today. Oh, and do you know that they are not actually crabs? Instead, they are actually more closely related to spiders as they are to crabs, and they deserve that special place in the evolution tree for being such fighters! 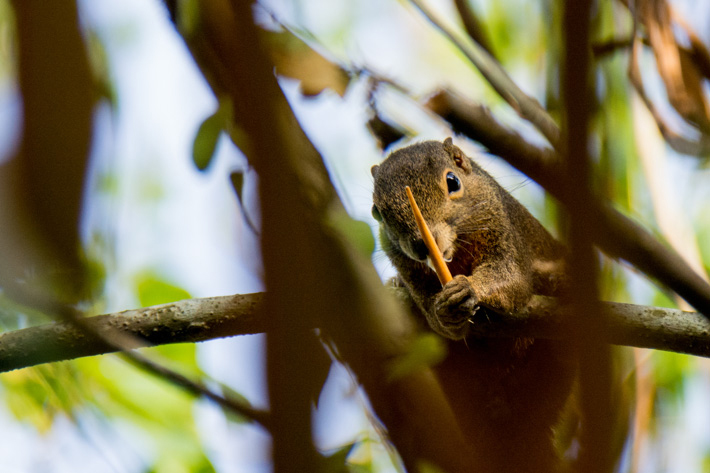 Q: How do squirrels remember where they store their nuts?

Squirrels and nuts are synonymous when they are portrayed by western media. But unlike the American squirrels, the native Plantain Squirrel, like most of us, also love our local diet of durians, rambutans and jackfruits.

These cute little furry mammals are a joy to watch and easily melt the hearts of many with their shiny brown eyes. They are fast and energetic, often leaping from tree to tree in search of the best fruits in season. Not to forget, the way they munch on their food is just too cute to resist!

Where? The most common of squirrel species in Singapore, the Plantain Squirrel can be found in almost every park in our city. Just a short walk in parks such as Kent Ridge Park, Macritchie Reservoir Park, Bukit Timah Nature Reserve or even urban places near forested areas such as the National University of Singapore and Nayang Technological University should allow you a glimpse of this adorable furry creature scurrying around 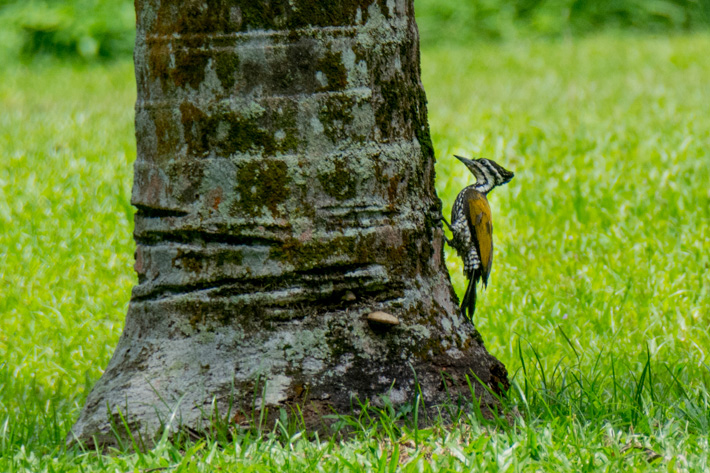 Woody the Woodpecker. Some of us will remember this iconic red bird, its distinctive laughter and its love for drilling holes. But did you know that Woody resides in Singapore too?

Not to worry though as Woody is not going to compete with you for your job or HDB apartment. Woodpeckers (as the name implies) peck on the trunks of trees to build their home or in search of grubs hidden under the tree’s bark. So if you ever hear a sound which goes “tok tok tok”, look around the trees and you may catch a woodpecker in action. 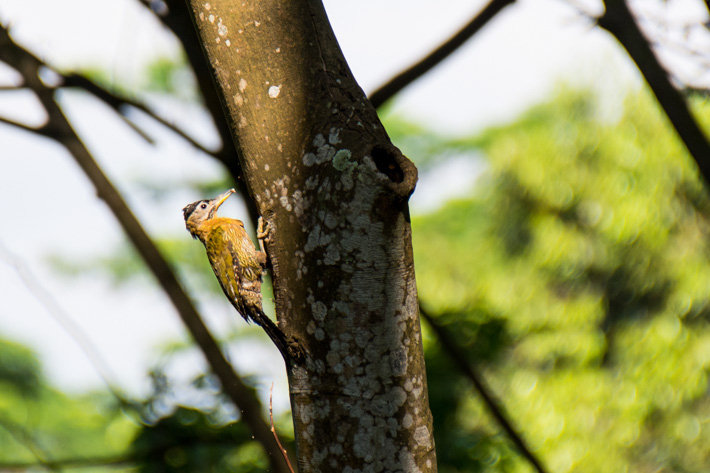 These are just 10 of the more commonly spotted animals that still live in our little red dot. From the elusive Leopard Cat to the Civet Cats and Pangolins, there are many more interesting and beautiful animals that still reside in our forests, rivers and seas.

We have the luxury of having these animals living with us in this Garden City and we should treasure their existence amongst us. Let us all do our part in keeping their habitat clean, while also refraining from feeding these animals who also call Singapore home.

About the writer:
A nature lover, biologist and an avid photographer, Jeremy enjoys exploring the various trails and natural areas around Singapore, photographing interesting critters and documenting unique behaviours along his treks. Never one to shy away from an adventure, Jeremy is always keen to explore new natural areas in Singapore and to discover what hidden gems our nature areas have to offer.