Nothing beats a good ol’ slice of traditional kaya butter toast and a cup of coffee for breakfast. For the uninitiated, kaya is a custard essentially derived from a mix of pandan, coconut milk, eggs and sugar to give it a creamy texture.

Although Kaya Toast and other traditional breakfast staples alike are commonly available, Toast Hut is one you should make a point to queue for. Waking up at 3.30am every morning and heading to the stall as early as 4.15am every single day is no mean feat, but Melvin Soh, the owner of Toast Hut, chose this path when he was just 23 years old. Melvin used to work part-time in coffee shops back in his secondary school days, and through that, he slowly took interest in these traditional delights. After which, he took a leap of faith and ventured into the hawker scene right after his National Service.

But first, coffee. Coffee is serious business at Toast Hut—it is only after countless step-by-step attempts by Melvin over the years before he managed to nail the traditional taste of coffee.

We’d recommend getting at least one cup of coffee for a perk-me-up if you are here. The superbly aromatic and fragrant coffee at Toast Hut is so good we’d choose this over gourmet coffee any time. One more cup, please! 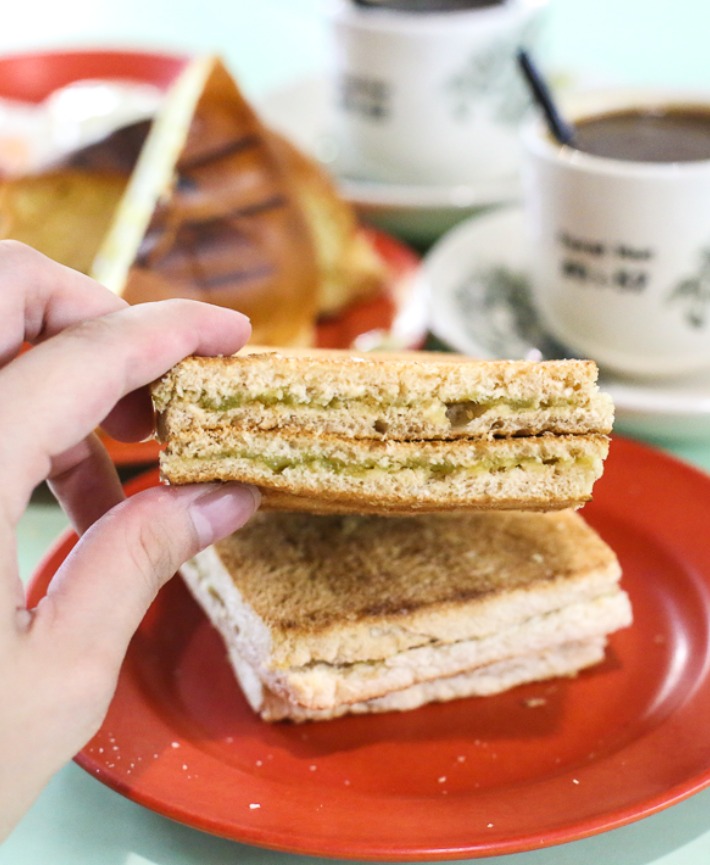 Kaya Butter Toast—undisputedly one of the best dishes to bridge the sweet-savoury divide. Toast Hut has their own take on Kaya Butter Toast (S$1.60 for 4 pcs, S$3.00 for a set) and we definitely are not complaining.

What sets Toast Hut’s Kaya apart from the usual is that Melvin adopts a less sweet approach—after having tried myriads of kaya toasts, Melvin thought that a kaya spread that is less sweet would complement the taste of traditional coffee better.

With that in mind, he sought to create a kaya recipe that goes easy on sugar which he now uses at his stall. The result? A win-win outcome that provides customers with a healthier option whilst getting the best taste of the kaya toast and coffee pairing. 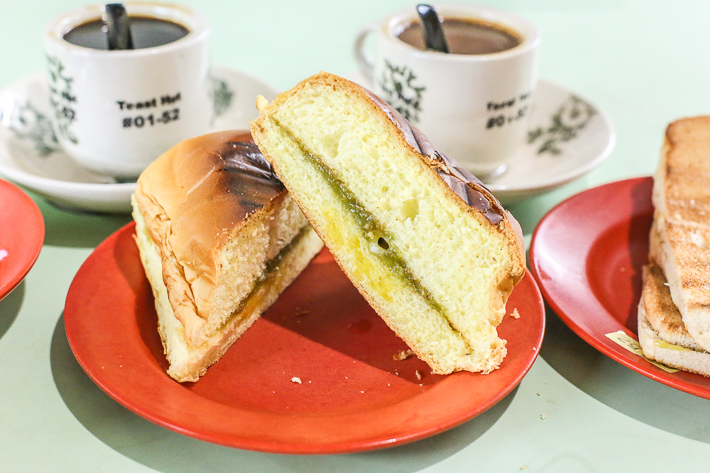 Unique to Toast Hut is the Giant Bun (S$1.20), which has an interesting take on traditional breakfast. It features a crispy grilled layer at the top of the bun and a fluffy interior with just the appropriate amount of kaya and butter inside.

For something substantial but not too filling, opt for the Giant Bun Set Meal (S$2.70) which comes with 2 soft-boiled eggs, a cup of coffee and a Giant Bun. 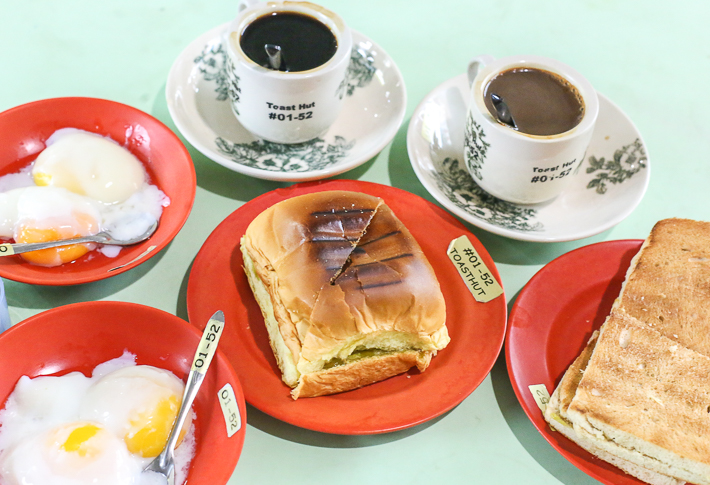 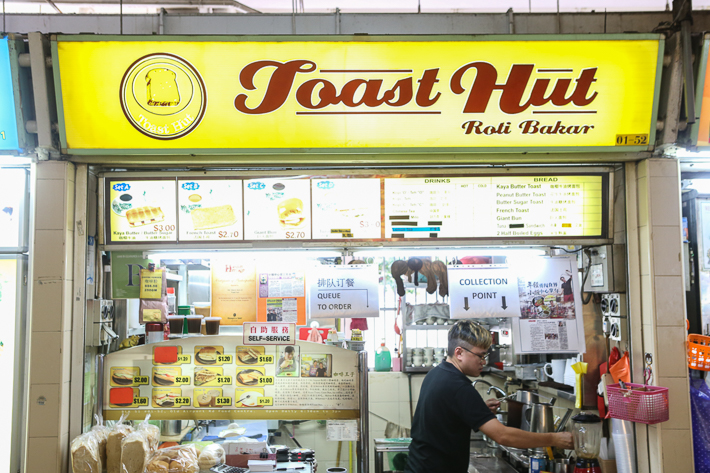 We advise that you head down early as Toast Hut sells out quite early every day; not to mention the large crowd that mob the stall in the early afternoon.