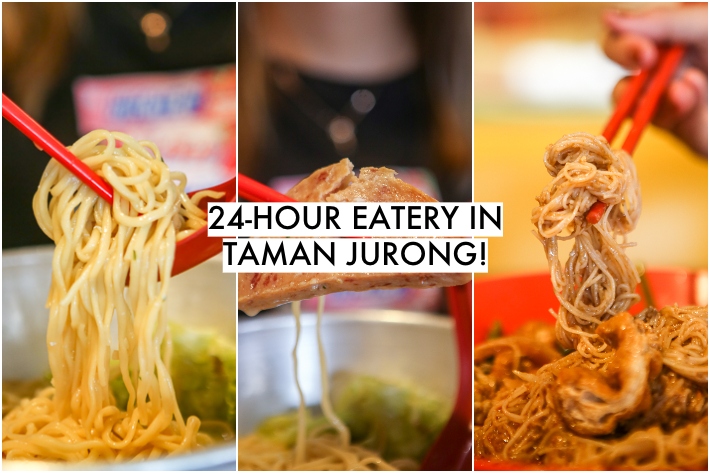 There is nothing quite as comforting as a piping hot bowl of instant noodles and we love how a packet of these noodles can be such a simple yet versatile ingredient that can be used in a variety of different ways.

The Noodle? House took their love for instant noodles up a notch by setting up a store that specialises in dishes that incorporate instant noodles. Since then, they have expanded their menu to include other noodles dishes such as satay bee hoon, minced meat noodles, and laksa.

Many people have asked why their store name has a question mark behind the word ‘noodle’. Their main reason is to remind themselves that their noodles must be consistent in quality or they will get many ‘question marks’ from their customers, while the other reason is that in Chinese, the term 公仔麵 (gōng zǎi miàn) refers to instant noodles.

The small cafe is a cosy, quirky place to head to for lunch with a group of colleagues or a simple meal with some friends.

We ordered ourselves their signature BigBowl Noodles (S$4.90). Each bowl comes laden with ingredients such as spam, meatballs, sausage and some leafy lettuce. We also like how they let you choose your noodle preference from a variety of instant noodles. We chose the Nissin ramen noodles! 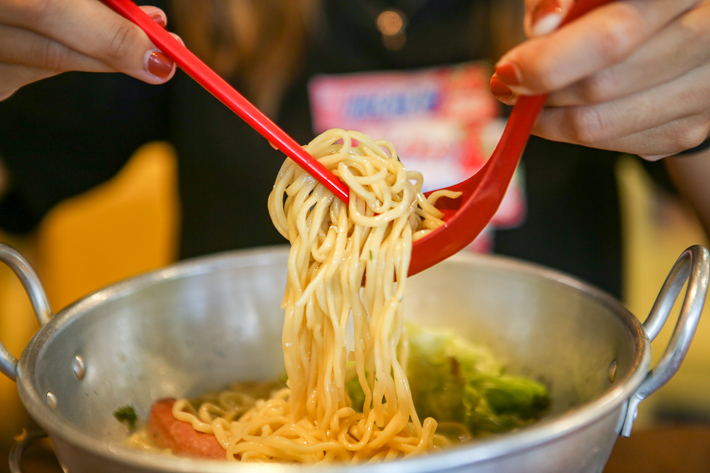 The noodles were presented to us in a large steamboat pot and were cooked to a nice al dente. Because we had chosen ramen noodles, the noodles were also thicker and significantly chewier as compared to your usual instant noodles. We were a tad bit disappointed because the broth used was made from the instant noodle seasoning provided but for such an affordable price, you really can’t expect too much. 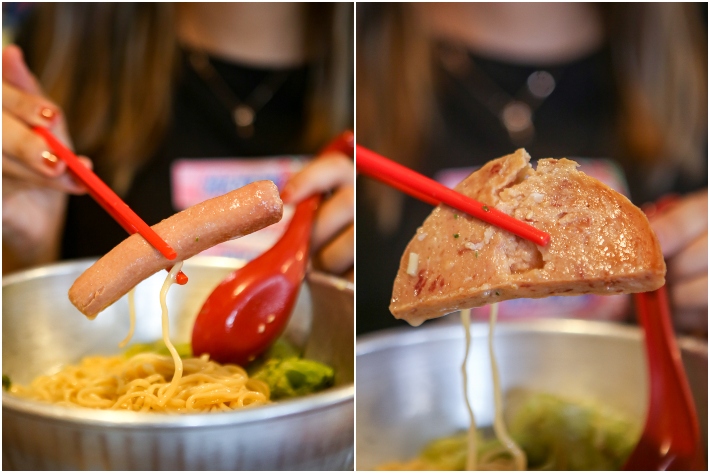 They were very generous with the amount of ingredients they gave and we feel that each one provided the dish with a lovely nostalgic touch. 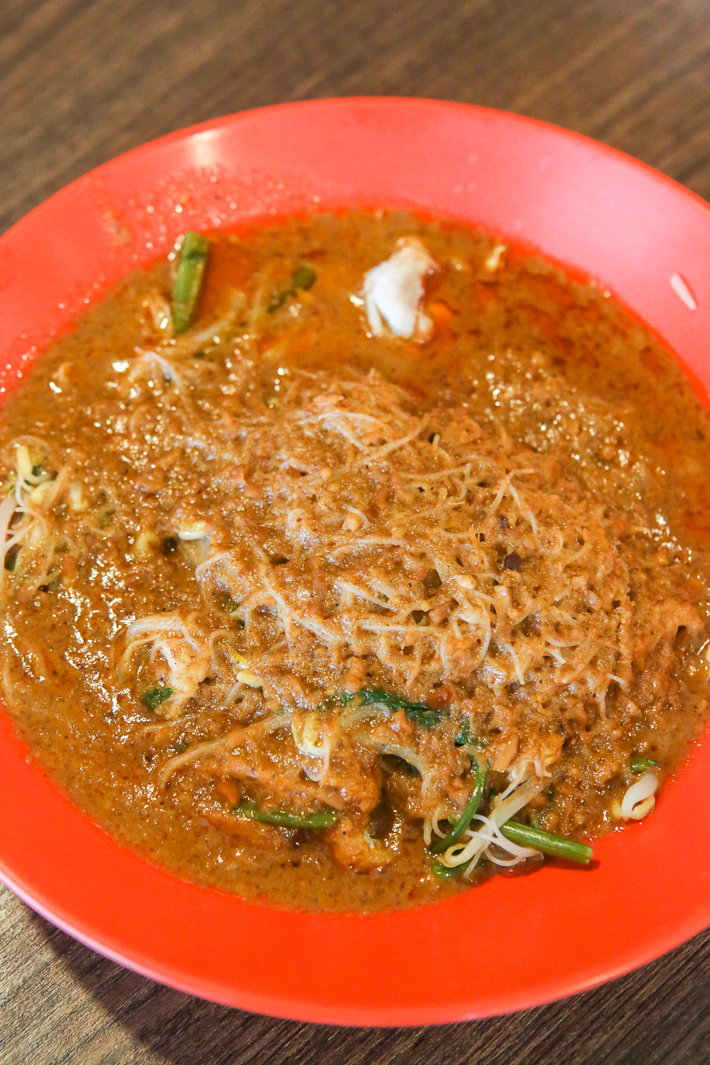 We also decided to try their Satay Bee hoon (S$4.50), which is one of their recommended menu items. Don’t be fooled by its unassuming presentation; the messier the satay bee hoon, the better! 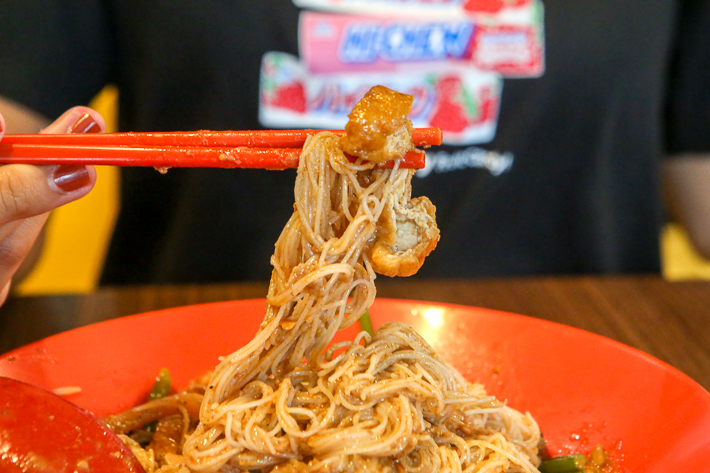 The dish featured bee hoon doused in a thick, fragrant satay sauce that had a lovely nutty and sweet flavour. We love how every mouthful of this was full of surprises such as tau pok, squid, bits of meat and vegetables that were hidden in that viscous sauce. 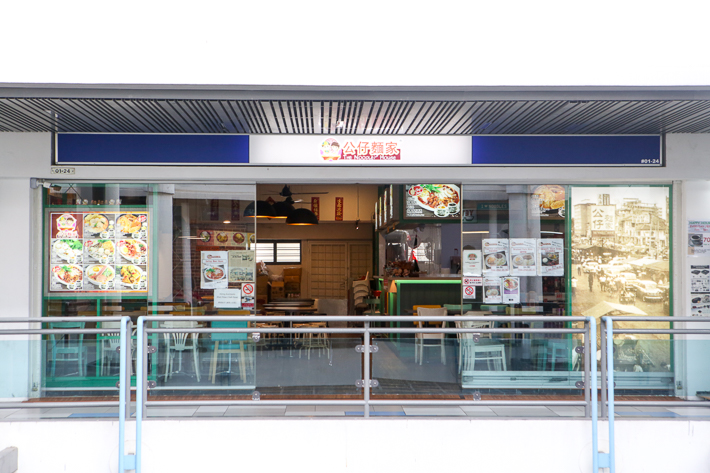