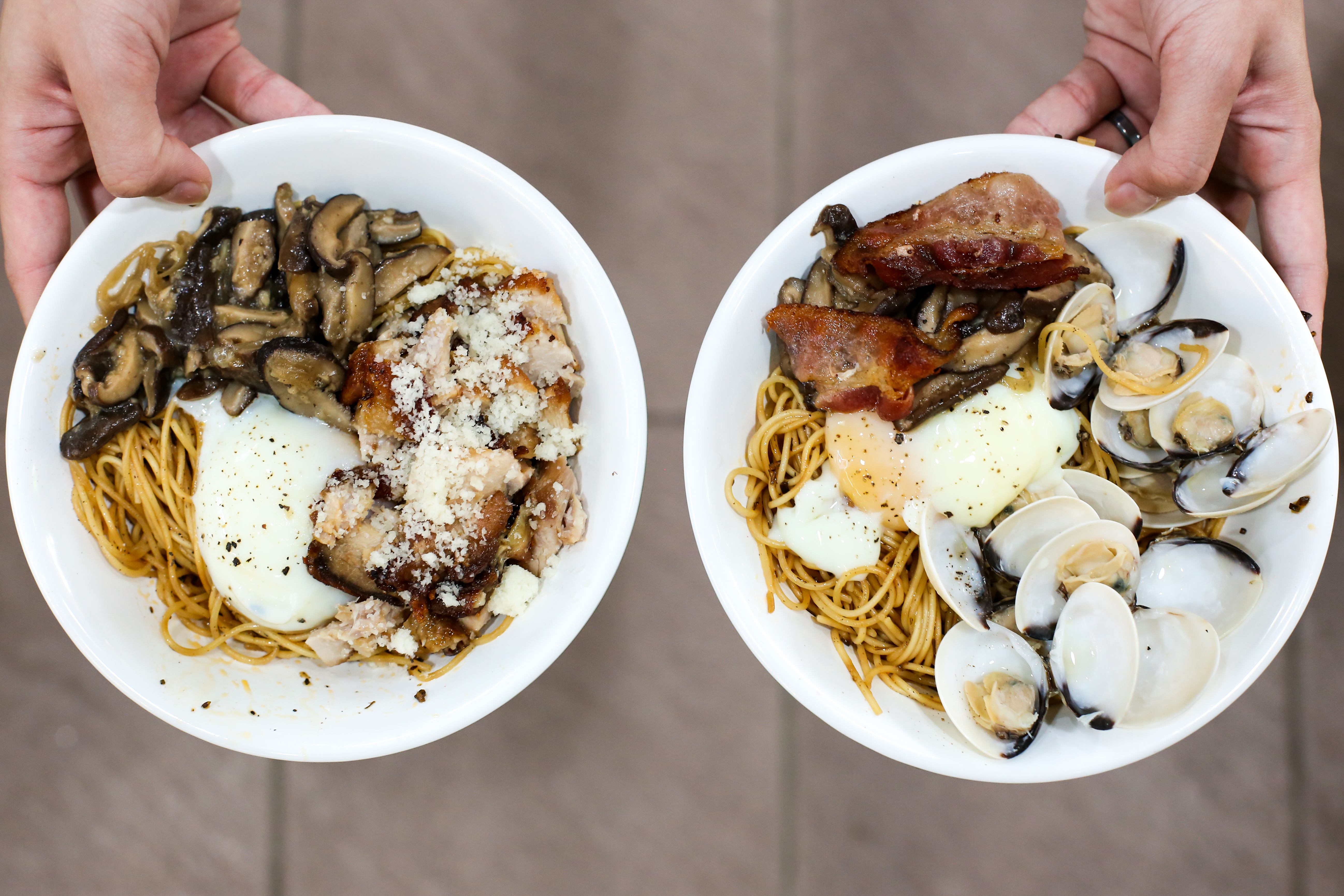 Perhaps one of the members at the forefront of the bustling food scene of Amoy Street Food Centre, Taste Affair is a 5-month old hawker stall and the brainchild of Mr Joshua Khoo, the co-founder of the popular French restaurant, Saveur.

One of the core reasons for Taste Affair’s popularity would have to be its mission to provide delicious European and Asian fusion food at wallet-friendly prices of below S$8.

The sound of that is already too good to be true but the question that remains unanswered is whether Taste Affair delivered with both food quality and its pricing. Read on to find out more! 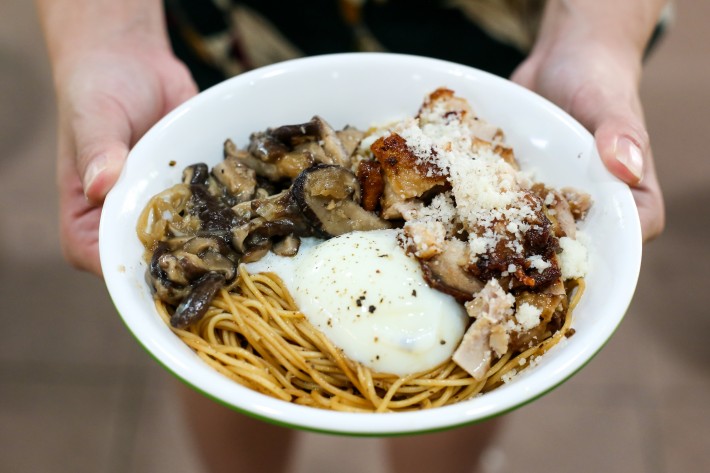 We decided to try the Smoke Chicken Thigh & Mushroom (S$5) with Angel Hair Pasta which was served with a poached egg.

At first glance, we did find that the serving of pasta and ingredients was reasonable for the price of S$5. It was not an exceptionally large portion, but an acceptable one. Taste-wise, the pasta did not have a particularly distinctive taste but was still very tasty and addictive. In fact, we found ourselves finishing the entire bowl within 10 minutes!

The Sake Butter Clam, Bacon & Mushroom (S$7) Angel Hair Pasta also spoke to us just purely by how interesting the combination sounded. To top it off, the pasta also came with a poached egg.

At the price point of S$7, we have to admit that we had hoped for a more balanced portion of ingredients served. The serving of 2 pieces of bacon seemed a little underwhelming compared to the slightly more generous portion of clams.

As for the taste, we found it hard to identify the taste of sake in the clams but appreciated that the mushrooms were cooked decently. But, the bacon was crispy yet juicy and the egg was perfectly poached.

We also found the pasta tastier by just mixing everything together! Messy, yes. But really, if it is for the taste, does it matter?

If pasta is not to your liking, Taste Affair also offers similar ingredient compositions in their flavoured rice, all at prices below S$8. Diners also have the choice to add-on various ingredients to their dish, such as shiitake mushroom (S$1), streaky bacon (S$2) or even mushroom soup (S$2)! Will Taste Affair at Amoy Street Food Centre be your next lunch spot?