Springleaf Prata Place shot to popularity last year when among the Muslim community after a photo of their Murtaburger (a combination of Murtabak and burger patties) went viral on social media. Since then, Singaporeans have been flocking to all three of their outlets in Singapore to try their unique prata creations.

Curious about the hype, we went down to their newest outlet at The Rail Mall, which is along Upper Bukit Timah Road. We reached approximately around 8pm for dinner and the crowd was still going strong there. It is highly recommended to reach early to beat the dinner crowd or you may have to wait longer for food to be served.

Their extensive menu ranges from Prata, Thosai and Murtabak to a la carte curry and Goreng dishes—with over 50 items catering to Prata and Murtabak! With such a wide variety, there is surely something for everyone in the group at Springleaf Prata Place. 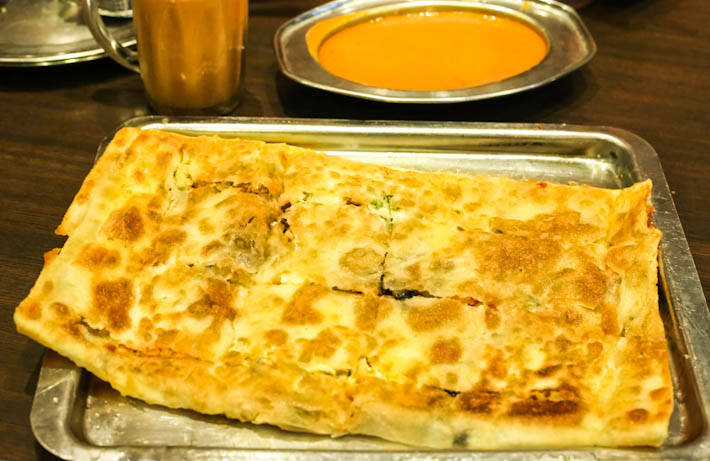 Nothing impressed us as much as the Ultimate Murtabak (S$12.90)—the prata dish certainly lived up to its name. Enveloped in a huge crispy flatbread is a generous portion of aromatic portobello mushrooms, chunks of tender tandoori chicken and a handful of mozzarella cheese.

Imagine the burst of creamy and slightly salty flavours resulting from a mixture of all three ingredients in one mouthful. Have it together with curry gravy for an elevated taste. Another crowd-favourite at Springleaf Prata Place is the Umami-50 (S$8.90) and boy, was it delicious!

The key ingredients found in the Umami-50 are chicken luncheon meat, mozzarella cheese, chicken floss, mayonnaise and egg. Sounds sinful? It sure is but there is not much to complain when your prata tastes like an umami bomb. The simple-looking dish was hearty, unpretentious and absolutely irresistible. 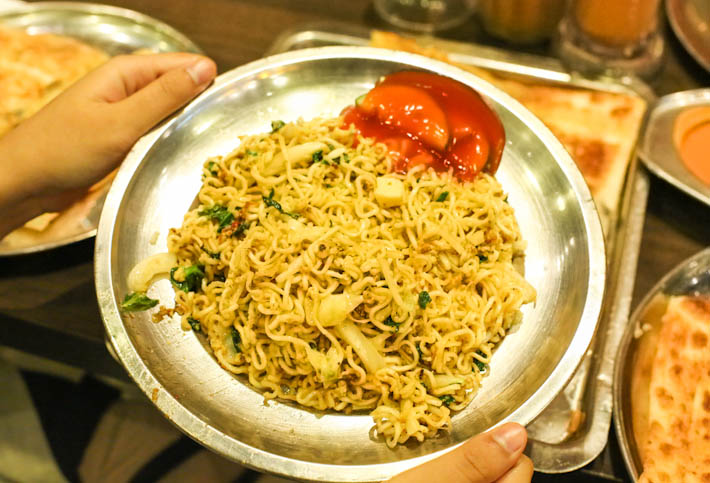 On the flip side, we felt that their Mee Goreng (S$4.50) was underwhelming and we could find better ones elsewhere. The noodles lacked flavour and had to be accompanied with chilli sauce given at the side to enhance its taste.

So when you are at Springleaf Prata Place, skip the noodles and go straight for their prata options instead. The portions here are sizeable so it should leave you feeling satisfied even if you are really hungry. 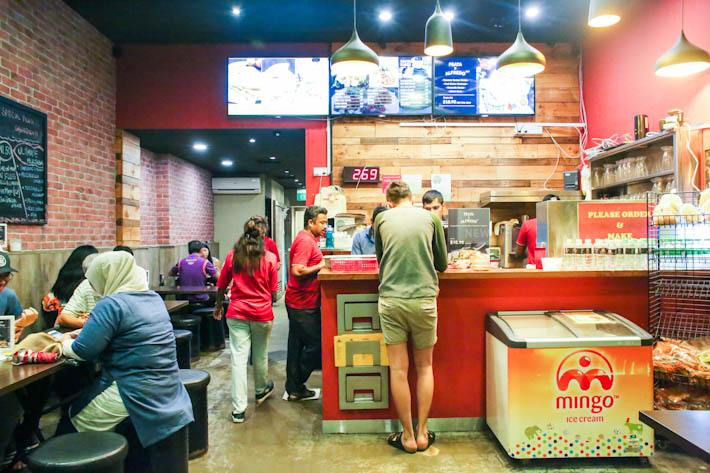