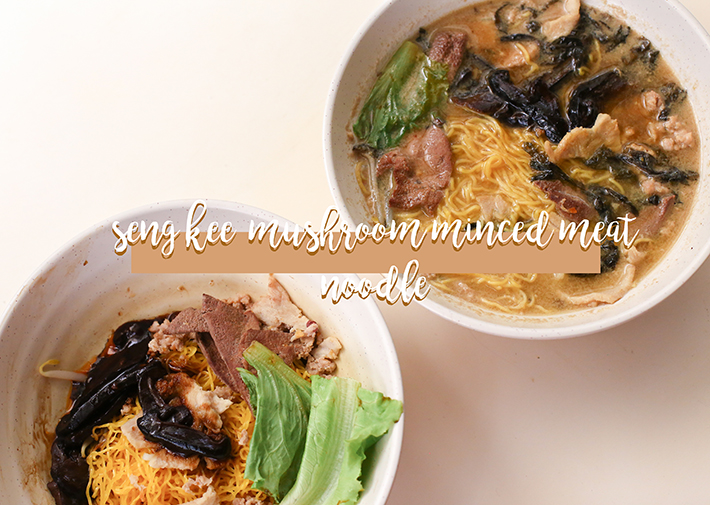 The friendly Mr Lee would also flip and toss the noodles, performing antics to entice the customers. 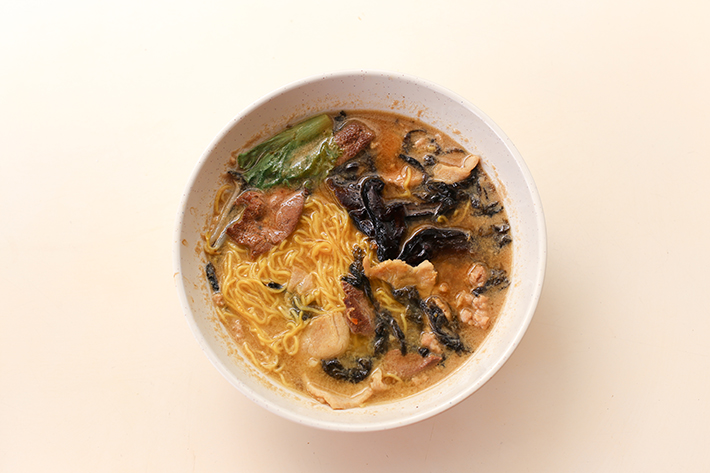 Our favourite was the Minced Meat Noodles Soup (S$5); it came in a cloudy robust broth chock full of liver, seaweed, pork meat slices, minced meat, big chunks of braised mushroom and yellow mee kia. The flavourful soup was packed full of umami with a slight hint of pepper. It also had a sweet aftertaste. The noodles were very Q, and we enjoyed slurping it together with the broth. 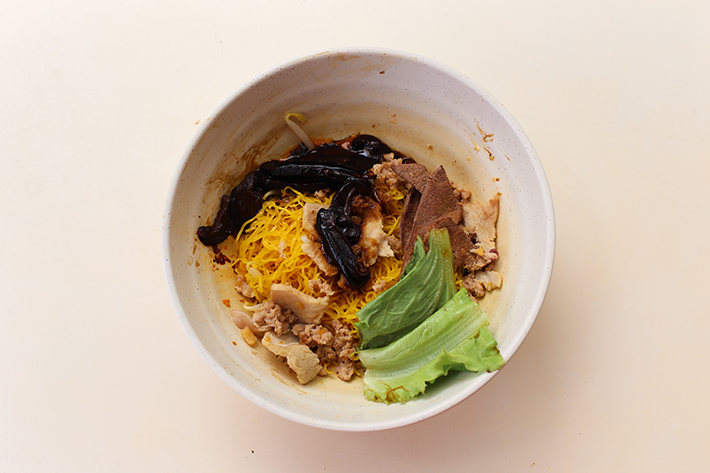 The Minced Meat Noodles Dry (S$5) was equally good. Without the soup, the al dente noodles were still rich in flavour and had a toothsome bite. The noodles were well-coated in a savoury dressing; the sauce is a homemade concoction of soy sauce and chilli. The spice really packs a punch and added a new dimension of flavour. The plump shiitake mushrooms also added sweetness to the dish. 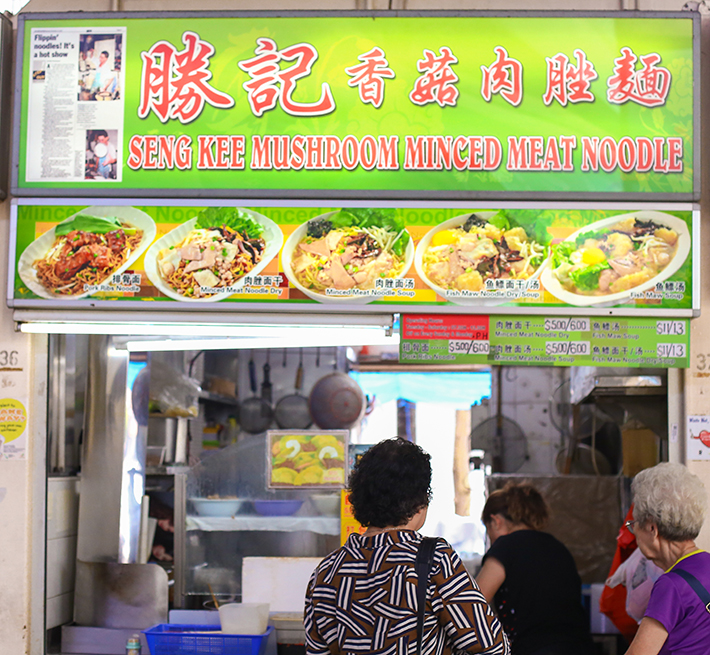 With its tasty ingredients and ambrosial soup, Seng Kee Mushroom Minced Meat Noodle lives up to its name as one of the best bak chor mee stalls in Singapore.