Pierre Hermé Is Not Opening In Singapore, YET.

Everyone in the haute-couture patisserie industry knows revered French Pastry Chef Pierre Hermé for his unusual macaron flavour combinations. The 54-year-old chef has been hailed by reputable French Vogue magazine as Picasso of Pastry and to date has 47 outlets worldwide under his name.

Chef Hermé is currently in town as the International President of the Jury for Asian Pastry Cup 2016. When asked by Straits Times about when he would be opening a store in Singapore, he admitted that there are no plans as of now due to his unfamiliarity with the food scene here. However, he is not ruling out the possibility.

It is no secret that Singaporeans love gourmet Parisian brands. World-famous Ladurée opened with a bang back in 2013 and we are certain that the demand for Pierre Hermé’s innovative designer macarons would be the same – or even more overwhelming.

Fun fact: Chef Hermé has too worked in award-winning Fauchon and Ladurée before opening his own shops. 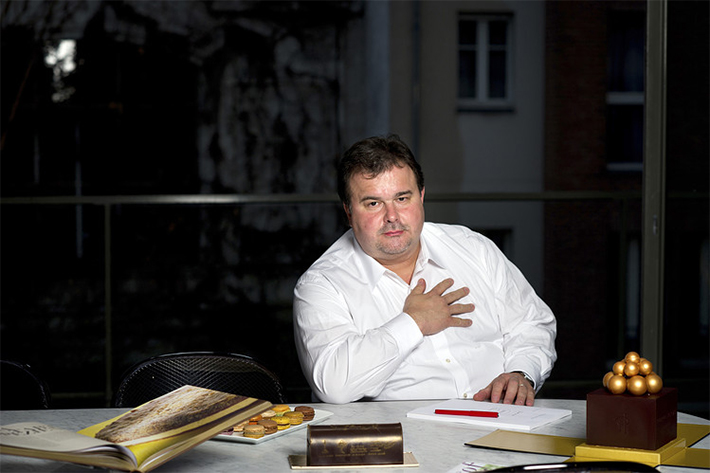 Despite his global fame and success, Chef Hermé is constantly on the pursuit of creating yet another groundbreaking flavour.

We can only be thankful that his obsession has given birth to drool-worthy flavours such as Huile D’Olive & Vanille and Eglantine, Figue & Foie Gras. The former is a macaron infused with olive oil and vanilla, while the latter comprises wild rose, fig cream and foie gras.

If you are fantasising about Pierre Hermé’s divine macarons but are unable to visit Paris anytime soon, the nearest you can get your hands on his bakes would be in the following Asian destinations – China, Hong Kong, Japan, South Korea and Thailand.

For now, let’s keep our fingers crossed that Chef Hermé will soon unveil a store in Singapore!