Jie Bakery – One Of The Few Surviving Traditional Bakeries In Singapore 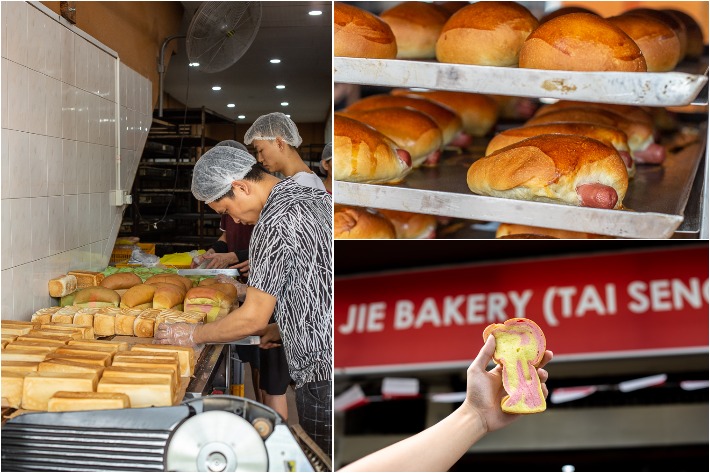 When we think of getting fresh bread, several big names will immediately spring to mind. There are the usual, more commercialised brands such as BreadTalk, Four Leaves and the usual franchise bakeries, if not, convenience stores or petrol kiosks.

Sure, they are dependable and for the most part, decent but there is just something that’s lacking—authenticity. Ever wondered why the humble hawker centre kaya toast always tastes better than regular, homemade ones? The answer’s in the bread.

When it comes to freshly baked, breakfast-perfect bread, nothing beats what a traditional bakery can muster. Trumping regular store-bought loaves any day, Jie Bakery in Taiseng is one of the few surviving traditional bakeries in Singapore. Baked without preservatives using a recipe that has been used for the past 30 years, their bread is wholesome, fluffier than most and excellent with kaya slapped on. 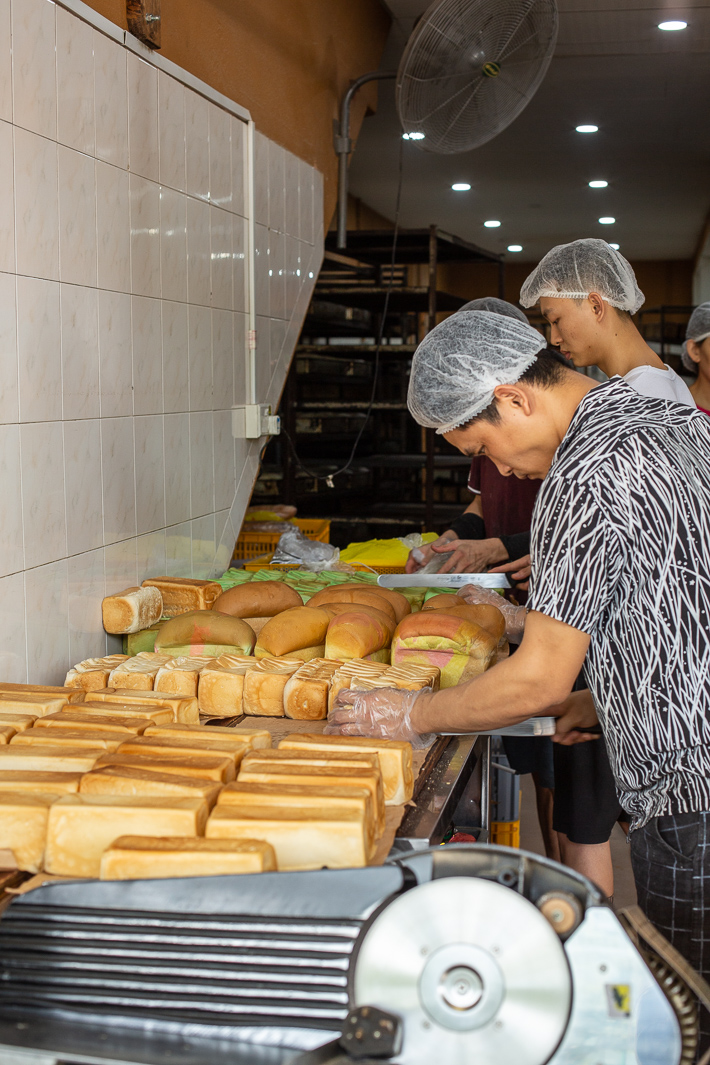 Today, less than 5 of such traditional bakeries exist in Singapore and Jie Bakery remains one of the few unfazed by Singapore’s ever-developing food trends.

Unlike many food stalls, including bakeries and eateries who have constantly been tweaking their recipes for commercialisation’s sake, Jie Bakery stays true to its roots by not using any preservatives, retaining the original, natural flavours of their baked goods as a result. 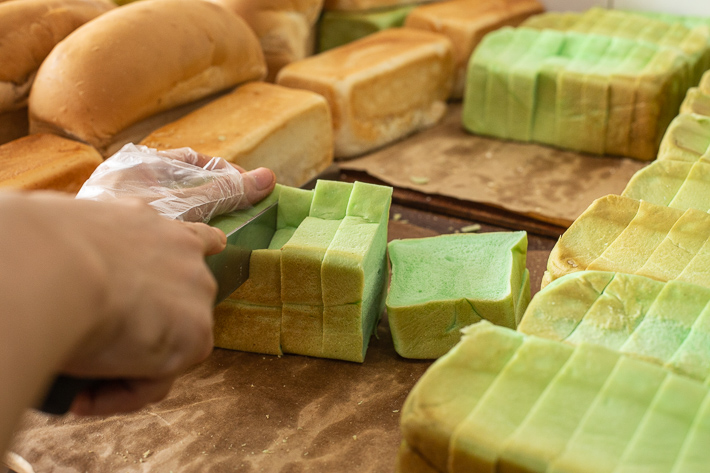 Now helmed by Mr Jimmy Mah, Jie Bakery first started out in the late 1980s. Ingredients are sourced and brought to the stall in the wee hours and the workers, together with Mr Mah, wake up at 6am every day to start baking their buns and loaves.

What’s even more admirable is despite the long working hours and low-profit margins, the bakery continues to bake their loaves the old fashioned way to give locals—like us—a taste of nostalgia and traditional baked goods until today. 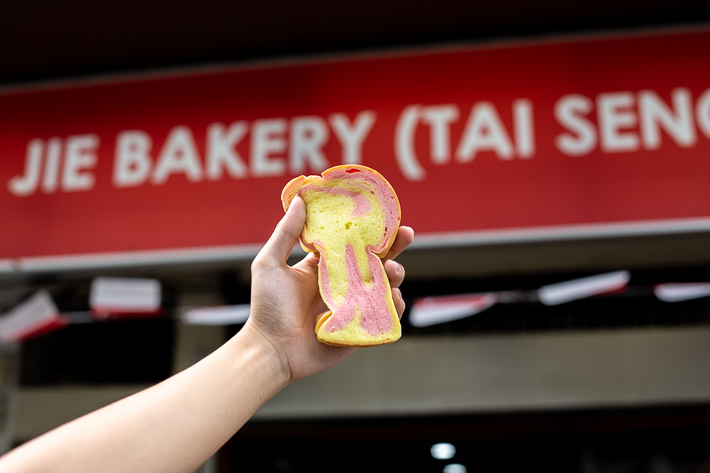 If you’ve ever wondered where those rainbow slices you see on ice cream pushcarts come from, here’s your answer.

Jie Bakery bakes close to 1,000 buns and loaves on a daily basis—from traditional white loaves that come with a hint of natural sweetness to old-school rainbow-swirl loaves to sweet buns and hot dog buns, the stuff that comes out of their oven is truly the epitome of nostalgia and undisputedly the real-deal when it comes to buns and loaves. 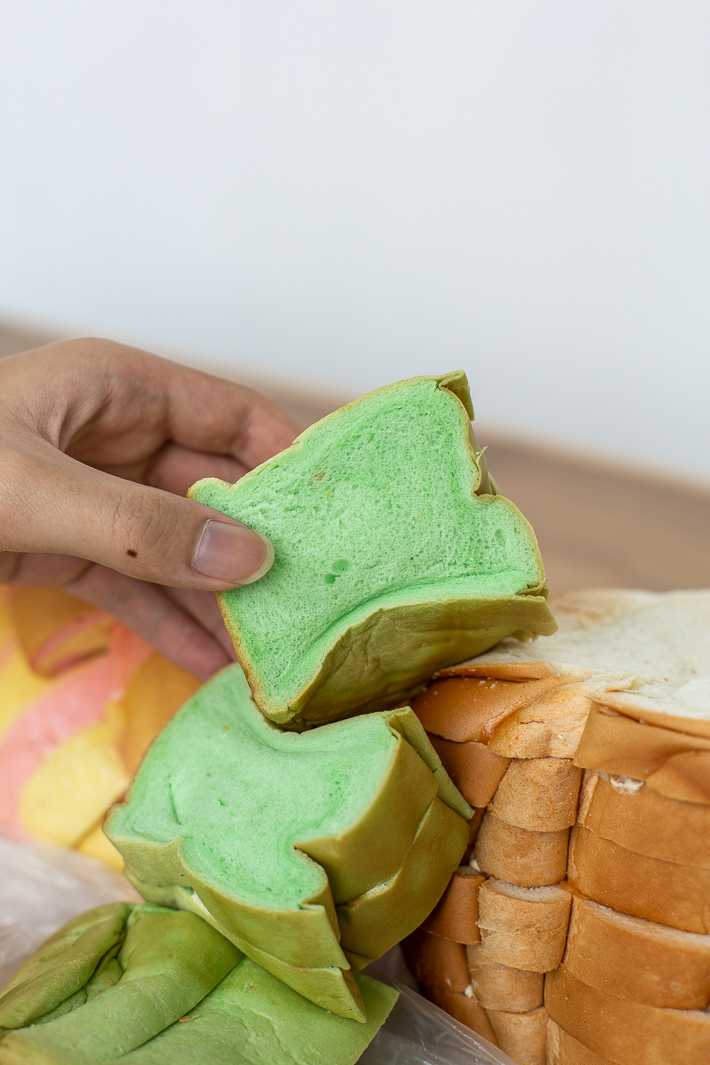 For decades, Jie Bakery has been a supplier for bread for numerous companies, including big names such as Ya Kun Kaya Toast, so you might find the taste of their bread extremely familiar. 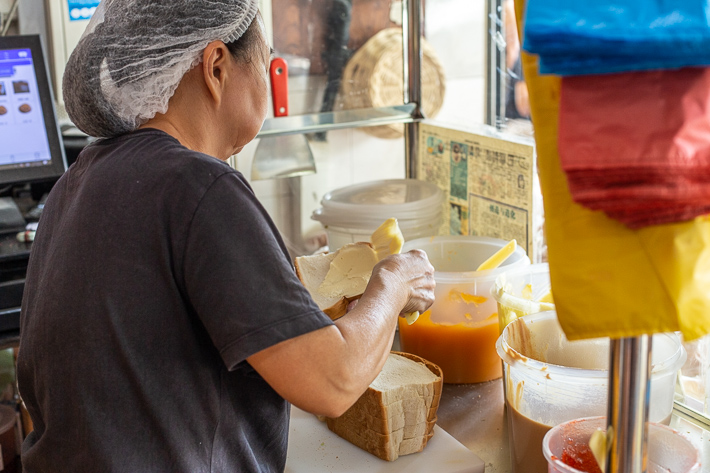 However, if you do have the time, we strongly urge you to head down to their stall and order up a serving or two of their bread for yourself.

Loaves are being baked until they are charred on the outside, before being cooled, trimmed then sliced. We highly recommend having the sliced bread with their spreads, such as kaya butter and peanut butter, the old-school way. 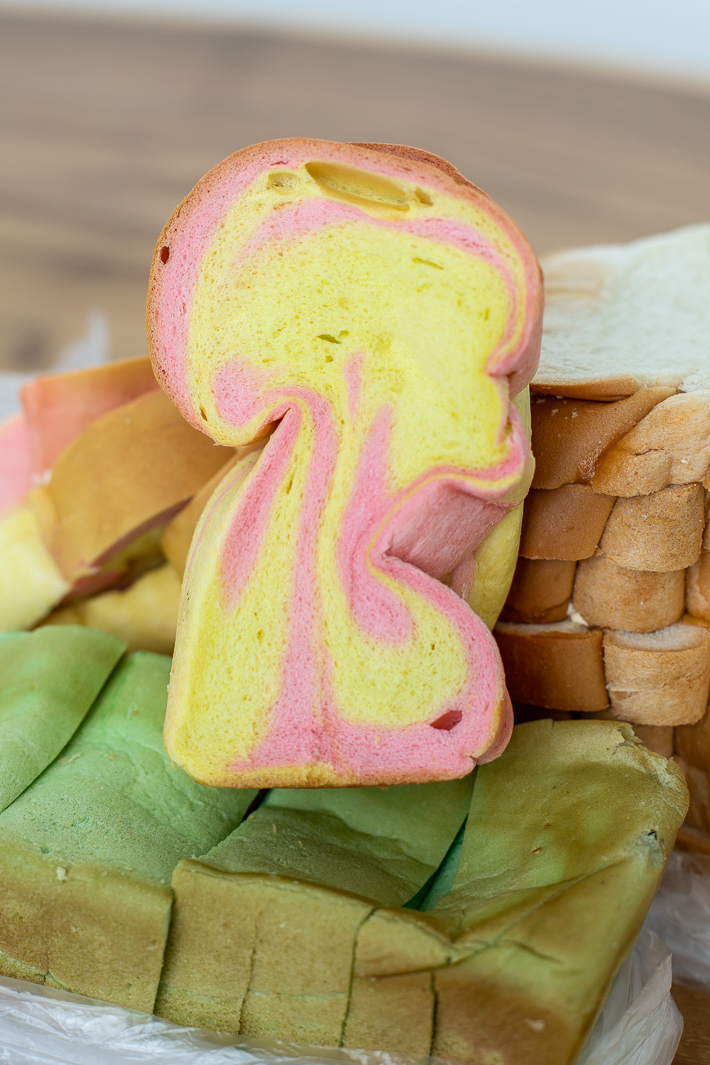 Because no preservatives are used in the making, the buns and loaves have a much shorter shelf-life as compared to those we get from supermarkets. Either way, the best time to eat them is there and then when they are fresh out of the oven! 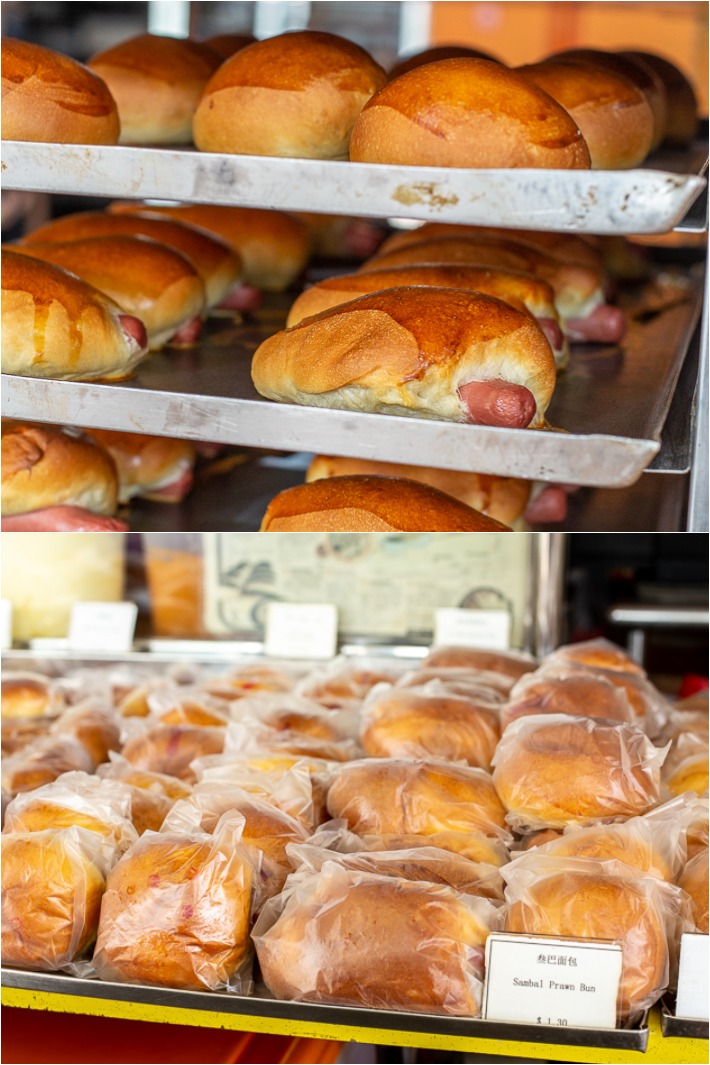 Also baked fresh daily, Jie Bakery’s buns come in a myriad of flavours, both sweet and savoury. From sweet potato buns (S$1.20) to old-school hot dog buns, we reckon that spending a couple of dollars here will bring you much greater satisfaction than spending S$10 on gimmicky, colourful treats elsewhere. 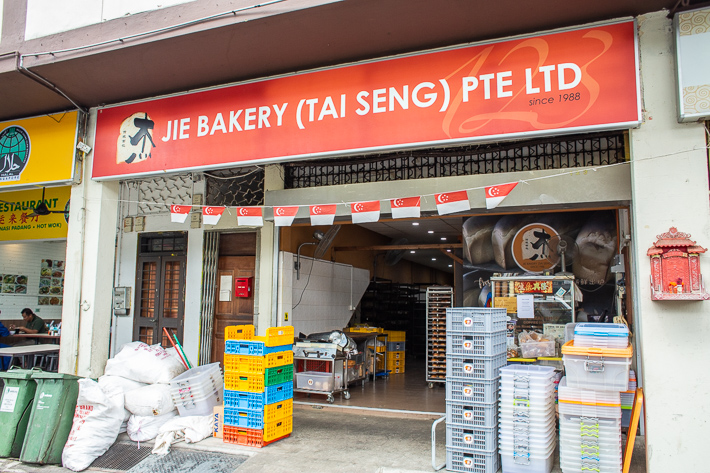