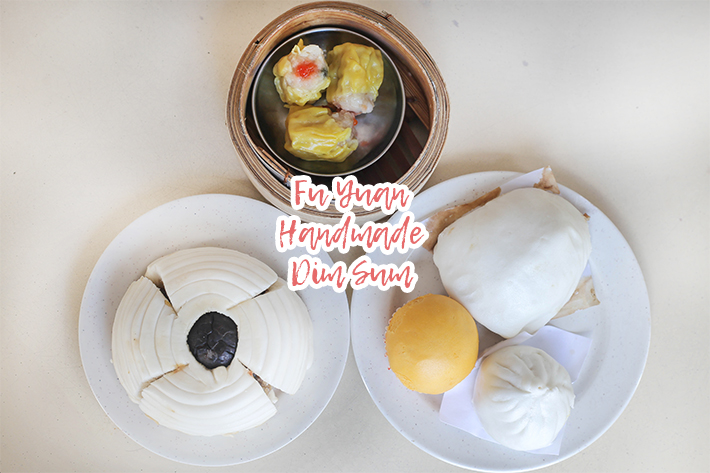 If you’ve heard of the famous Ah Hoe Mee Pok, you might know that it lies in a coffeeshop in Clementi West. What you might have missed is Fu Yuan Handmade Dim Sum which is a corner in the same kopitiam.

Fu Yuan Handmade Dim Sum is where we like to stop for a warm dim sum and a cup of hot coffee or tea for breakfast or a short tea break for a pick-me-up in the heartlands. They are best known for their Liu Sha Bao which flows with grainy golden custard and their signature Ji Wo Bao—a rare find in Singapore these days. 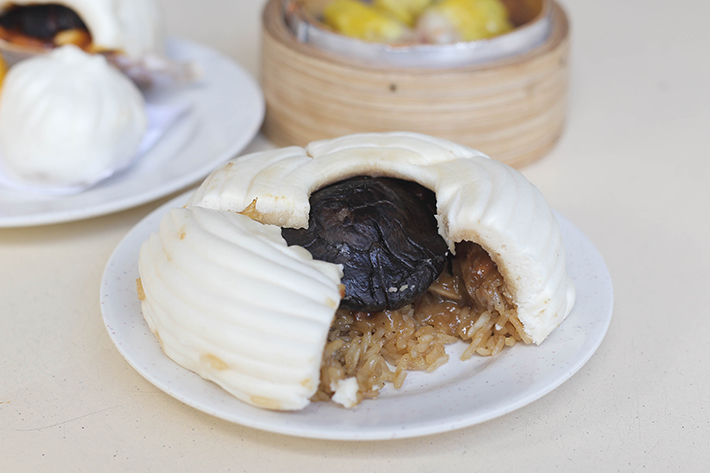 Their Ji Wo Bao (S$4) had a rather steep price tag but the size and fillings more than justified the cost. It is essentially glutinous rice capped with a steamed bun and a braised mushroom sitting perched on its centre. The Ji Wo Bao was snipped into quarters for ease of eating and we scooped up a spoonful for a bite.

The bao was soft and we liked that it didn’t stick to our teeth. It kept the glutinous rice evenly moist and added sweetness to its savoury flavour. 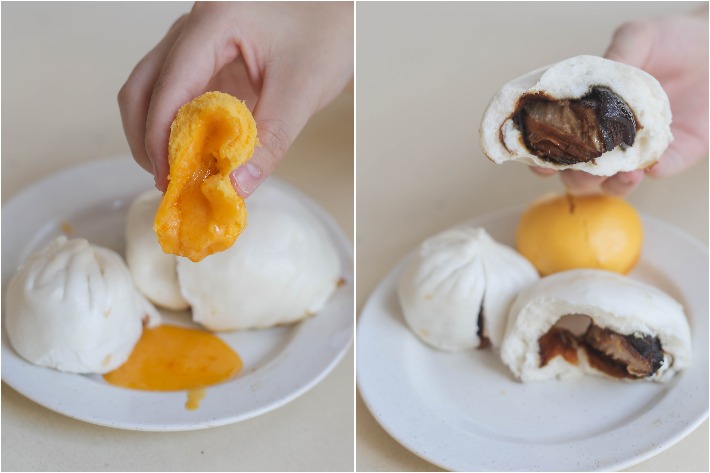 One of our favourite dim sum items from Fu Yuan Handmade Dim Sum is the Liu Sha Bao (S$1). At S$1, it is one of the more affordable Liu Sha Baos you can find in Singapore.

Their Kou Rou Bao (S$1.80) sells out fast so be sure to get there early. The ratio of thick meat to sweet bun gave a resultant umami flavour that made one piece satisfying enough on the tummy. 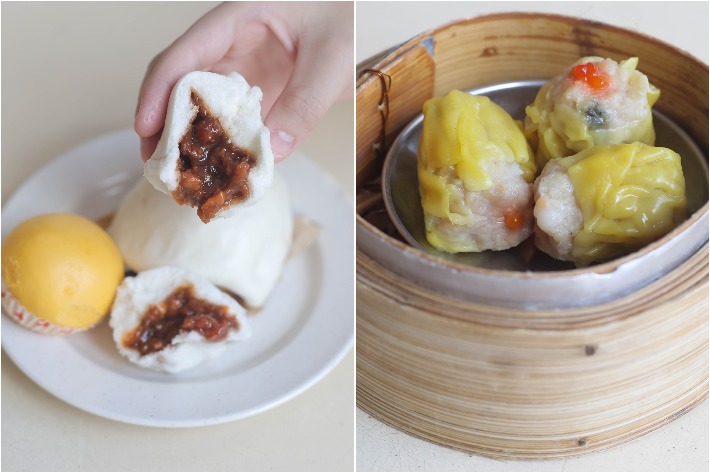 Almost as enjoyable as the other steamed buns that we tried was their Char Siew Bao (S$0.80) which had a very sweet filling. Though slightly small, it was packed with flavour and was moist on the inside while staying soft on the outside even though we left it to sit for a while.

Their Siew Mai (S$2 for a basket of three pieces) was dense and chewy. It paled in comparison to the other bites but its porcine flavour quickly had us feeling full. 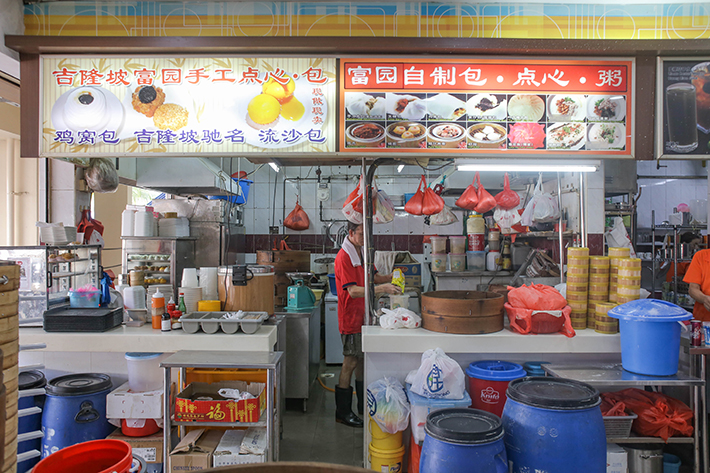