Most foreigners assume that New York City’s iconic Flatiron Building (originally known as Fuller Building) is the only existing flatiron building in the world. But it isn’t. There are actually many more similar infrastructures out there around the world, with most of them being found in the other parts of the United States.

The architectural concept of flatiron buildings were created out of necessity to accommodate triangular road intersections – which are especially common across America. While the other flatiron buildings are not as massive and famous, they are still uniquely impressive.

From Madrid’s Metropolis Building to San Francisco’s Columbus Tower, here are 7 Flatiron Buildings Around The World. Located at the corner of Asheville’s Battery Park Avenue and Wall Street is a 8-storey flatiron building that was constructed some 90 years ago. Today, it serves as a commercial office and it is common to see street performers basking in front of the structure. 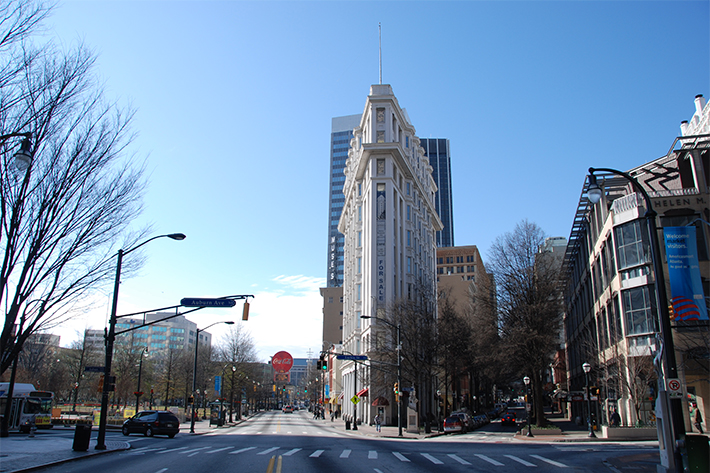 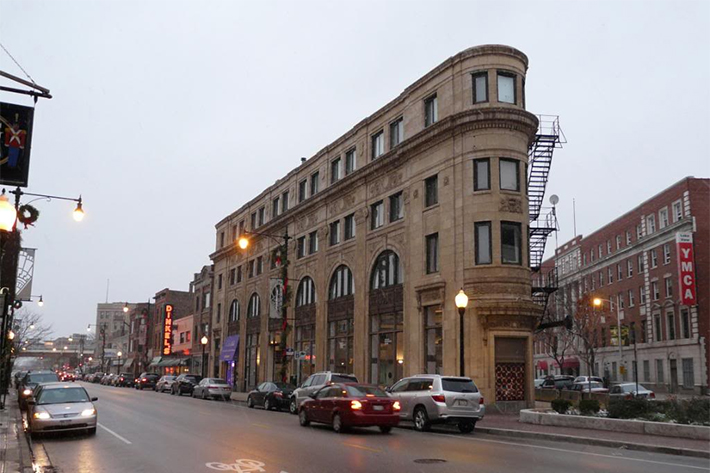 Chicago’s flatiron building is located on a three-way road intersection in the Wicker Park district. The location has been long regarded as a focal point of arts, where it held Around the Coyote arts festival and was also seen in the movie Baby’s Time Out. 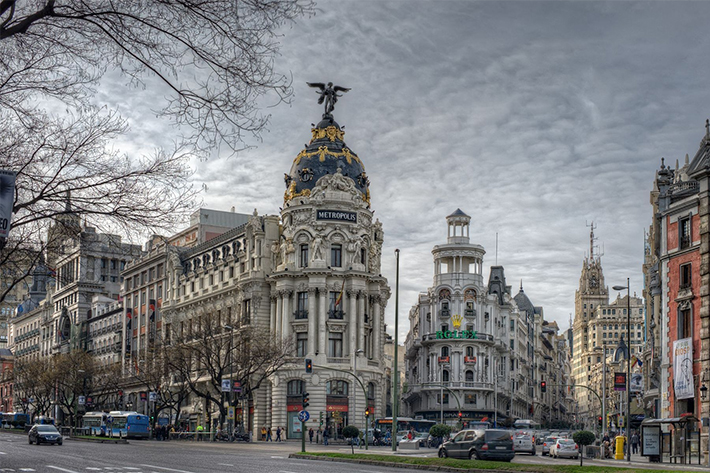 Madrid’s magnificent Metropolis Building was erected more than a thousand years ago and was restored to its Beaux-Arts grandeur in 1996. Standing at 45 metres above ground, the Spanish tower – covered with 30,000 gold leaves – functions as an office space. 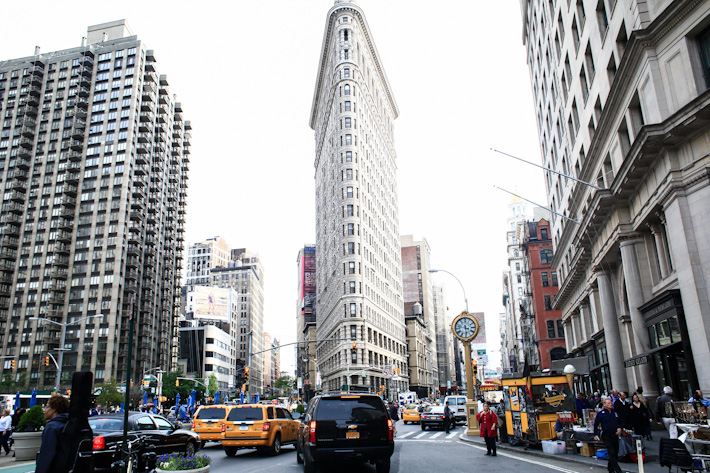 New York City’s Flatiron Building is possibly the most recognisable landmark out of all the other flatiron towers. The triangular steel-framed skyscraper is strategically located within Manhattan’s bustling shopping districts and is an exceptionally popular photo spot amongst both New Yorkers and tourists alike. 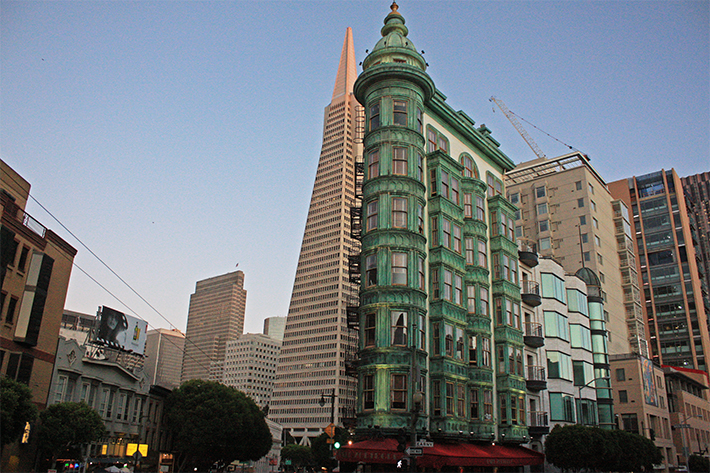 San Francisco’s Sentinel Building – also known as Columbus Tower – is one of San Francisco Designated Landmarks and the unique infrastructure can be identified from afar by its head-turning copper-green facade. 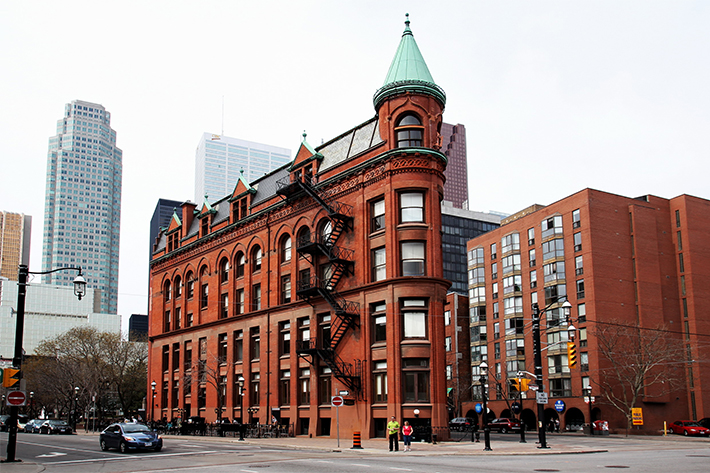 Wedged between Front Street and Wellington Street is Gooderham Building, a historic landmark of Ontario. The main draw to this red coloured flatiron building is actually the interesting mural displayed right behind the building. 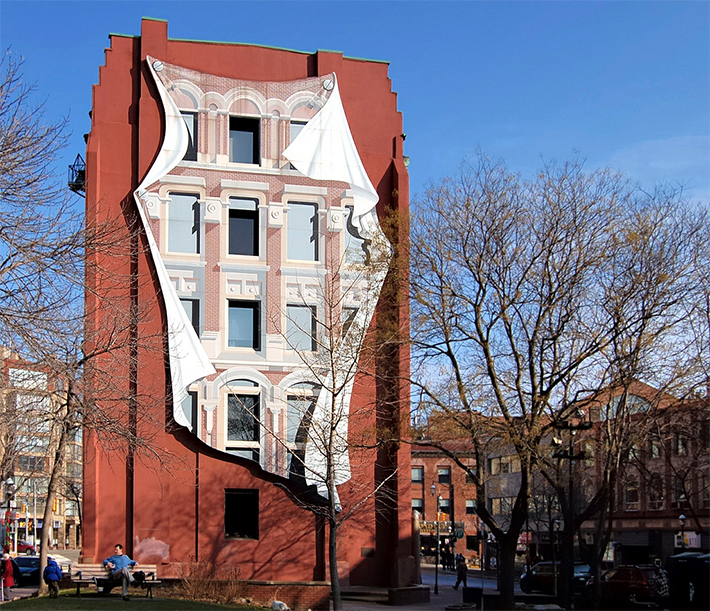 The street art drawn by Canadian artist Derek Besant showcases a striking mirror image of the Perkins Building which has successfully nailed the trompe l’oeil effect.