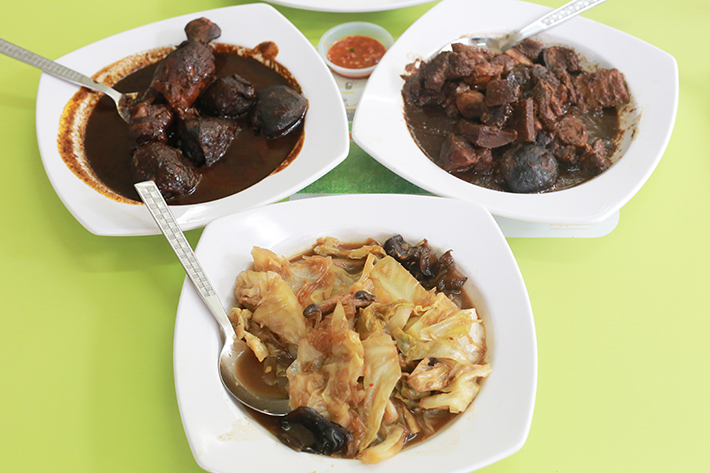 Charlie’s Peranakan Food was formerly a well-known hawker stall in Bukit Merah and subsequently at East Coast Road. Charlie himself has been cooking Peranakan dishes for several years and was even crowned the ‘Best Hawker’ of 1981.

8 years ago, he decided it was time to hang his apron up and pursue retirement, but perhaps Charlie just was not ready to call it quits yet. Come 2017, he is now back to running his acclaimed Peranakan hawker stall again. Now located at the basement level of Golden Mile Food Centre, Charlie is still dishing out authentic Peranakan dishes like Ayam Buah Keluak, Bakwan Kepiting and Chap Chye.

Compared to many restaurants offering similar cuisine, theirs easily outshines the masses due to its relatively affordable prices and their commitment to keeping their dishes as authentically Peranakan as possible—just like how grandma used to make it. 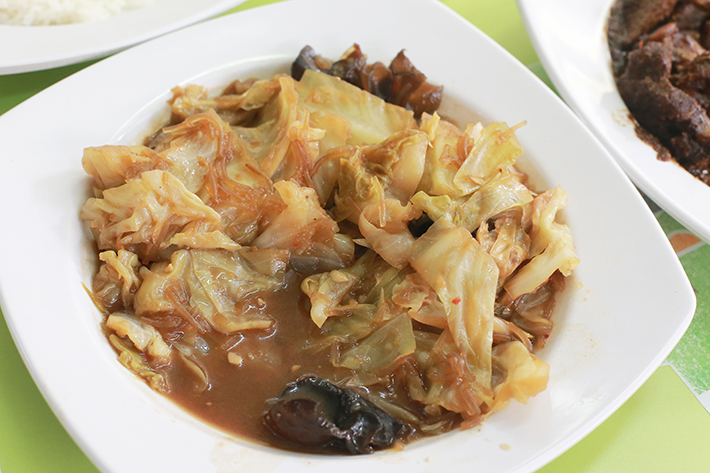 One of the most iconic vegetable dishes in Peranakan cuisine is chap chye, Chap chye, which is essentially a mixed vegetable stew encompassing a medley of ingredients such as Chinese cabbage, carrots and some dried sundries like Chinese mushroom, black fungus and dried bean curd skins.

There have been many variations to this classic dish over the years but trust that Charlie’s Chap Chye (S$2) comes pretty close the authentic Nonya style. The vegetables were stewed down perfectly and the gravy was incredibly fragrant and tasty—good enough to be mixed into your rice! 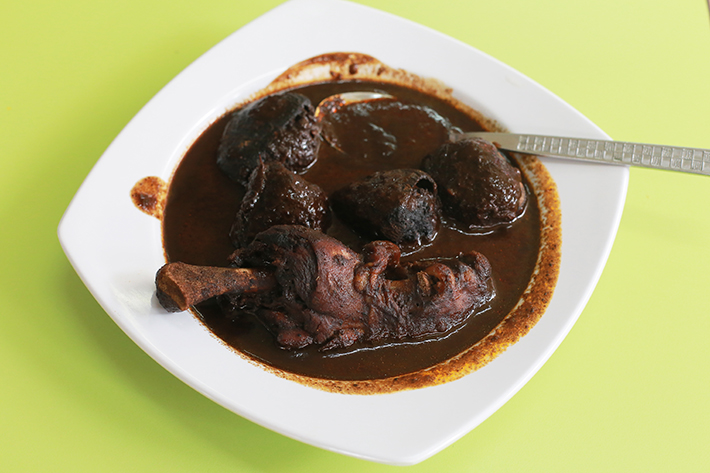 Being a rather bitter and nutty ingredient, buah keluak itself is more of an acquired taste. However that being said, we believe that Charlie’s Ayam Buah Keluak (S$12) will appeal to more conservative palates as it is much milder in flavour as compared to the traditionally made ones which are more robust in flavour.

The sauce has a supple and smooth texture, and is immensely flavourful from the buah keluak and spices, and is a great accompaniment to rice. The buah keluak itself is stuffed to the brim with a mixture of both the bitter nut and minced pork. The addition of minced pork helped take the edge off the nut’s bitterness and provides some sweetness and umami to the dish. 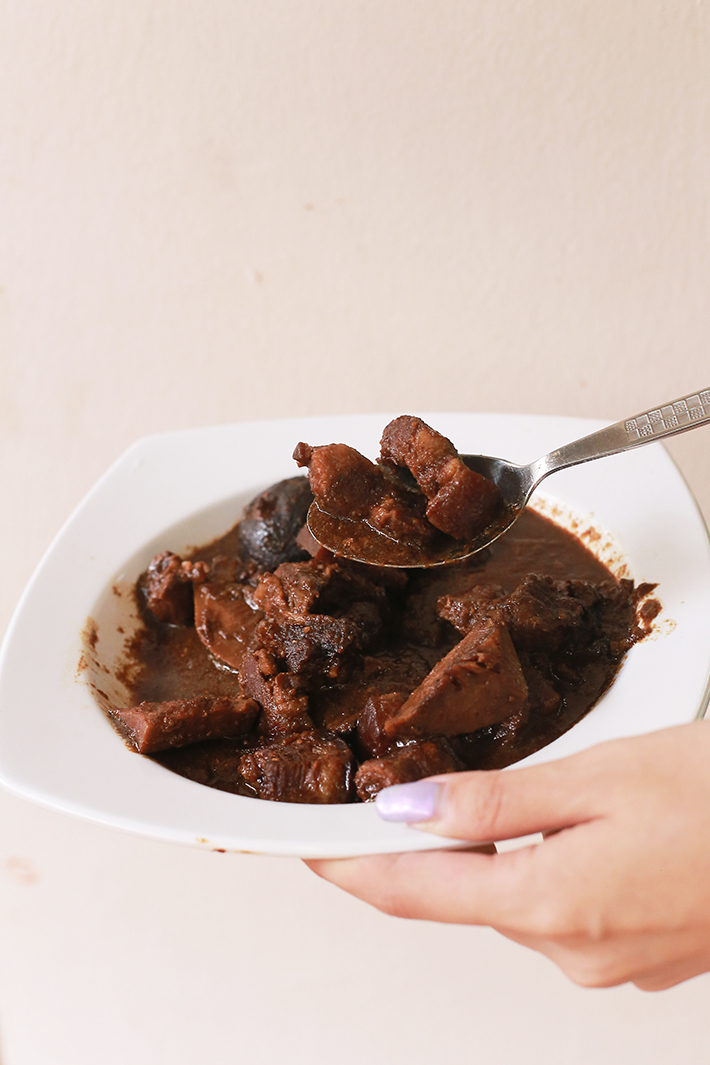 The Babi Pongteh (S$12) which is a dish of stewed pork in a fermented soy bean sauce was executed well here. The pork was soft and tender and the sauce was not too overpowering. The blend of flavours from the pork meat, fats, spices and sauce came together beautifully—the glorious result of hours of low-and-slow cooking.

All in all, we were utterly impressed by the quality and authenticity of the food here at Charlie’s Peranakan Food. This is the perfect spot for good-old Peranakan favourites at affordable prices and the sheer graciousness of Charlie and his wife just makes this humble hawker stall all the more worthwhile to return to.