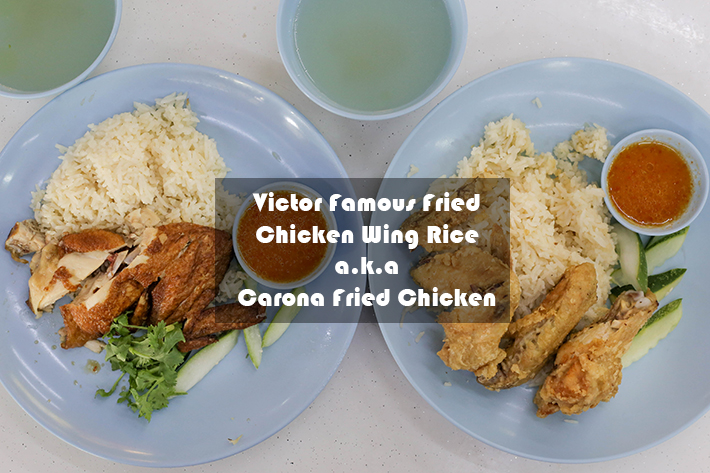 Victor Famous Fried Chicken Wing Rice is a hawker gem lost and found. Previously known as Carona Fried Chicken some thirty over years ago, this stall was a household name back in those days renown for their, well, Carona fried chicken.

Originally run by Victor himself, Carona Fried Chicken gradually met its demise after Victor sold the franchise. Though operations expanded, quality and portions dipped significantly and even loyal diners no longer patronised the stall. At 62 years of age, Victor reopened for business under the new stall name of Victor Famous Fried Chicken Wing Rice using the original recipe. 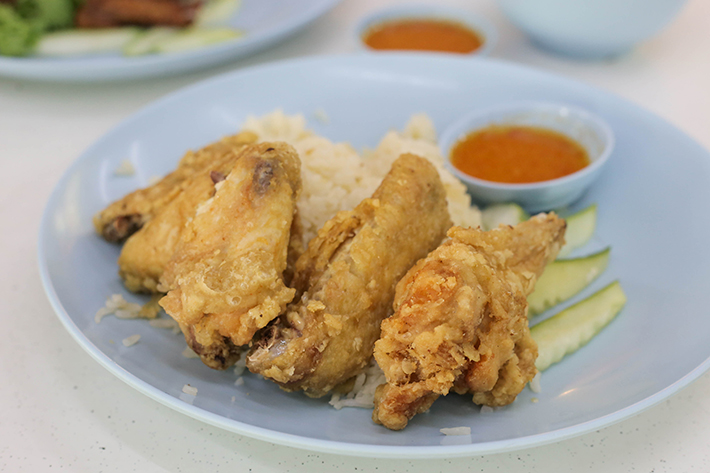 Their signature Famous Fried Chicken Wing Rice (S$3) came with two piping hot wings alongside a mound of rice and cucumbers. Each wing was snipped into three parts so that they could be easily eaten.

Like any other good fried chicken, the wings here came with a golden crisp, light skin that was aptly sinful but not overly greasy. We particularly adore how despite being able to taste various spices in the seasoning, it did not overwhelm the natural flavours of the chicken.

The chilli dip was sourish, adding depth to the overall taste. It was numbingly spicy enough to make us break a sweat.

To wash down the greasiness, we helped ourselves to a bowl of their light and thin chicken soup that sat in a large pot at the counter. The stock was brewed with chicken bones and ginger which gave it a slightly meaty flavour. 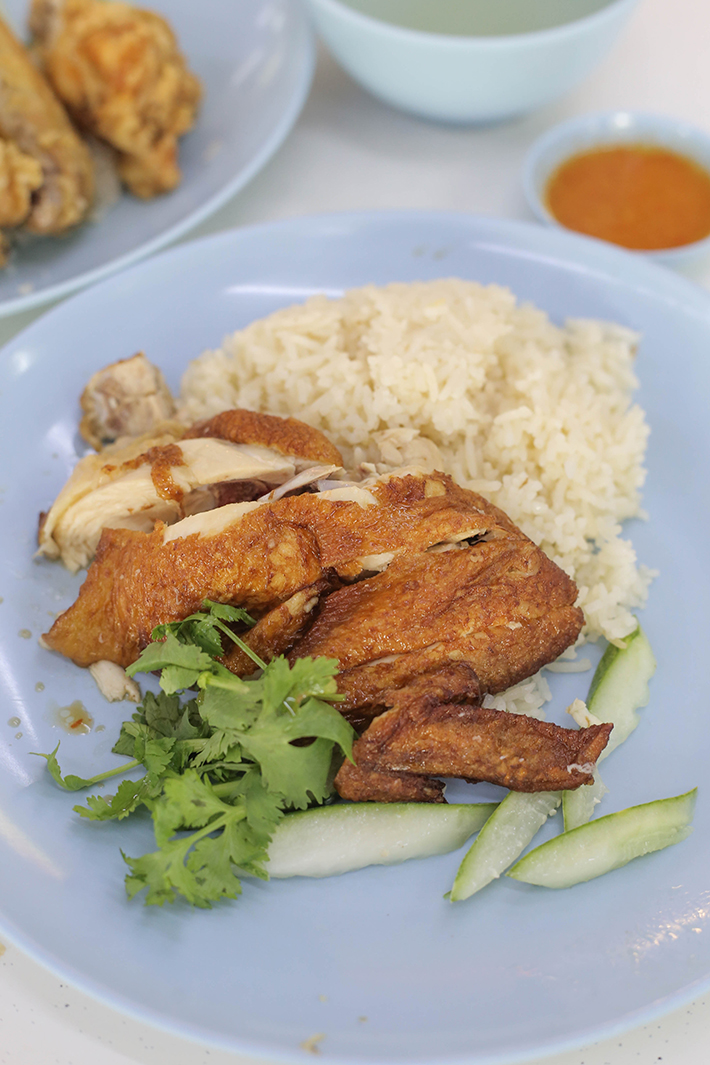 Their Roasted Chicken Rice (S$3) came with the same Western style of butter rice instead of the usual you fan. In spite of that, the pairing worked decently with the tender chicken meat.

The portions for both were neither generous nor too little. One regular plate could quell our hunger without sending us into a food coma. If you’re feeling peckish, add on a piece of fried chicken wing at S$1.20 each! 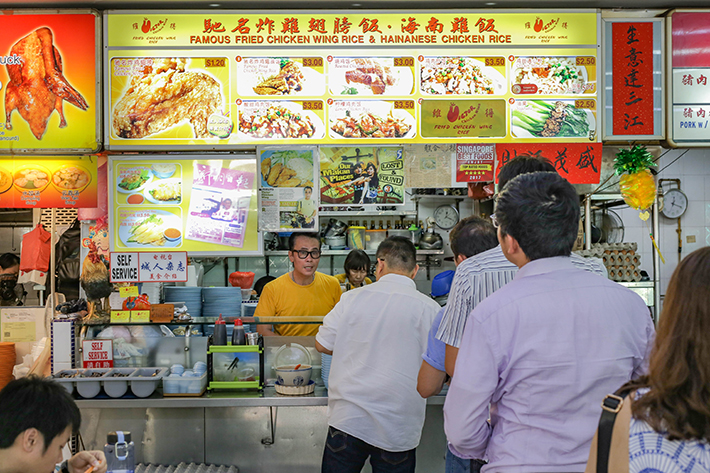 Victor Famous Fried Chicken Wing Rice opens shortly before lunch hour so a long queue quickly forms which makes the stall easy to spot in the coffee shop. Not to fret though because orders are doled out quickly.