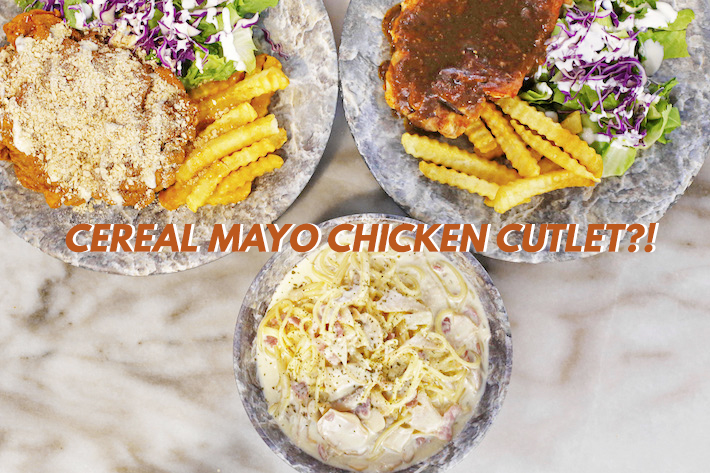 Le Taste is certainly turning heads with its intriguing creations. This fusion Western stall within Bistro8, a coffeeshop along Foch Road, offers a mix of classic Western fare and playful Asian-inspired variations. They open past midnight, making them a great supper spot for hungry night owls.

The kitchen is helmed by James Soh, alongside his partner, Xue Zhen. James shared with us that he had been in the zi char industry for a whopping eleven years, before deciding to start his own business.

Their menu is pretty bewildering. You’ve got the usual suspects of pork chops and aglio olio intertwined with more controversial dishes, such as curry cheese grilled pork donburi and sriracha sauce chicken cutlets. 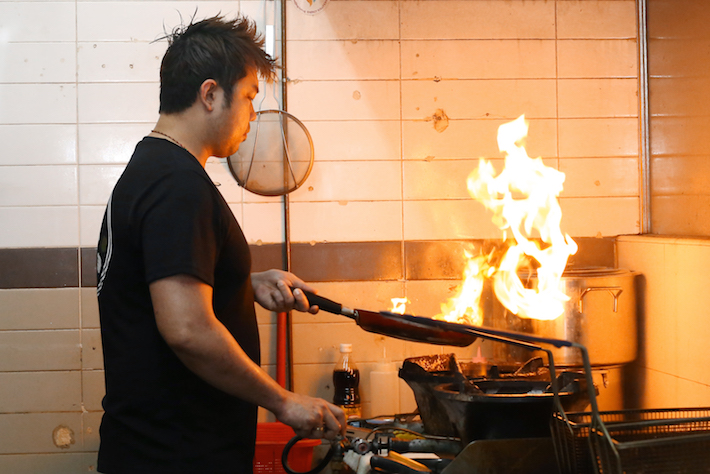 James’ culinary experience sure shows in his cooking, as he skillfully manoeuvres the pan atop the hungry flames whilst adjusting the stove.

Our food came fairly quickly and right from the bat, we were very impressed with the massive portions. If food sizes could be measured like clothes, their dishes would have XL tags on them. 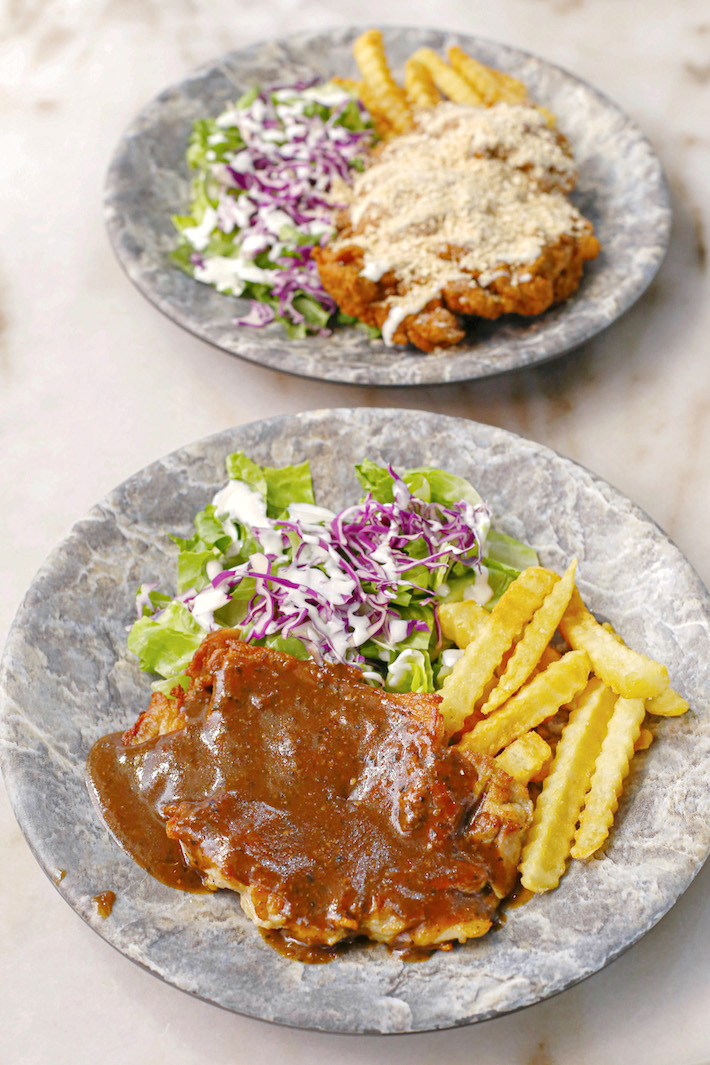 First up on the list was the Grilled Chicken Chop (S$6) with house-made black pepper sauce. This dish is as basic as Hainanese Western grub gets. If Le Taste couldn’t get even this dish right, there would probably be little point in trying out their other dishes.

Long story short — they absolutely nailed it. Not only was the chicken really juicy and tender, but it also had a gorgeous outer crisp.

But, the component which deserves the most recognition has got to be that black pepper sauce. How can so much depth in flavour and complexity be packed into that brown sauce? It had a robust peppery kick which was slightly mellowed by a mild sweetness. The viscosity of the gravy was just spot-on, making those starchy brown sauces you get at other Western stalls look like a disgrace. 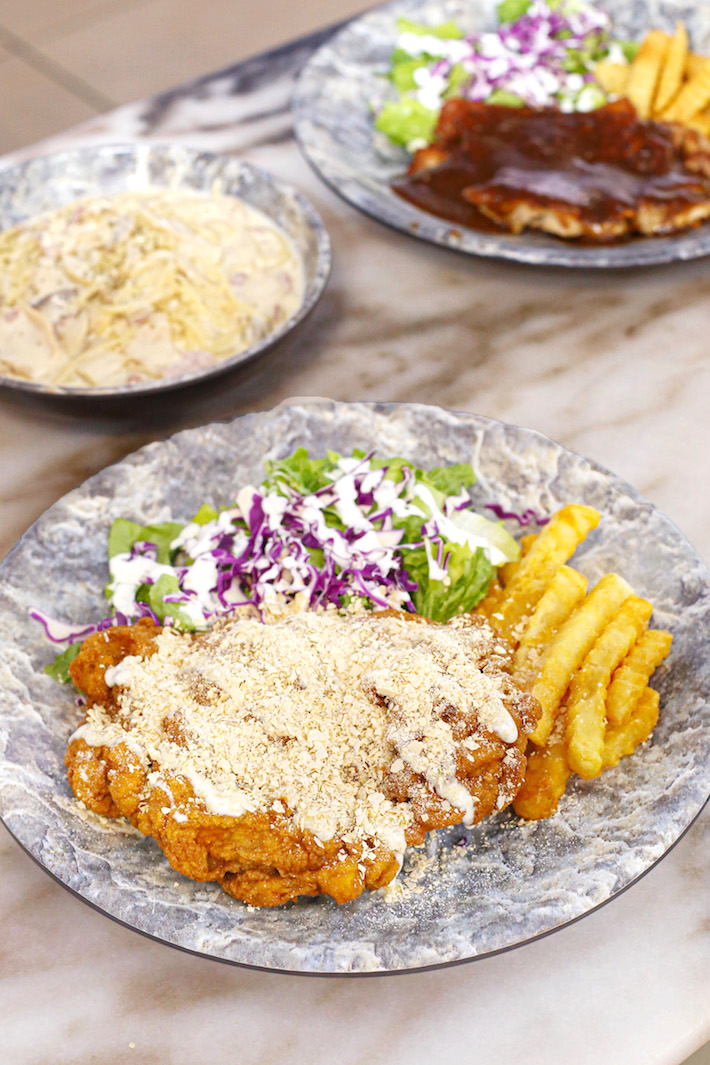 Next up, we had the Cereal Mayo Chicken Cutlet (S$6.50). We couldn’t wait to try this dish, which played like a more obnoxious variation of cereal prawns.

As gimmicky as it sounded, it worked. The cereal flakes were deliciously fragrant and paired amazingly well with the fried chicken. The fried chicken was well-executed as well, crispy on the outside and succulent on the inside.

But we felt that the mayonnaise sauce used didn’t do much to elevate the dish. Maybe, Japanese mayo would have worked better with its sweet, tangy and creamier profile.

As for their sides for both dishes, crinkle fries and salad, we don’t have much to complain about. They were pretty well done, albeit nothing too amazing. 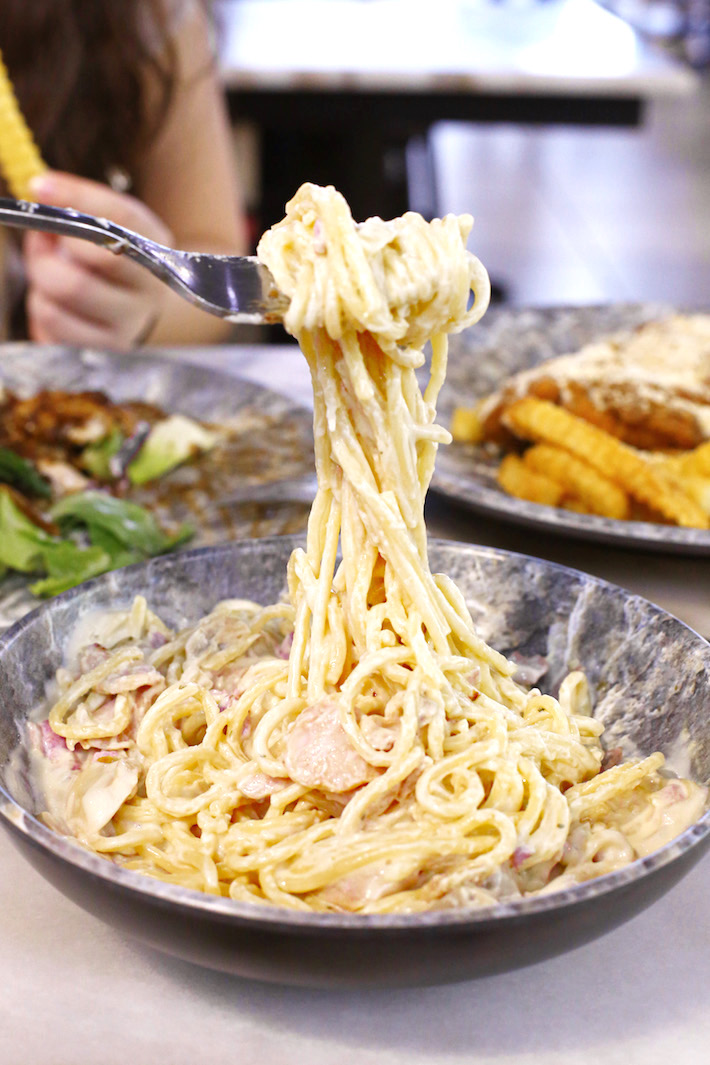 Lastly, we had the Borana-Spaghetti (S$6), a cream-based carbonara loaded with sliced bacon and button mushrooms. We were expecting this dish to be pretty heavy due to the richness of the cream. But, there was this distinct taste in the sauce, one we couldn’t pinpoint, which helped to cut through its heaviness.

When we asked James about it, he smiled cheekily and said that he had added his own secret seasoning into the sauce.

Guess we’ll never find out what sets this carbonara apart from the other affordable carbonaras around. Nevertheless, it was a really tasty attempt. But we would have preferred if they swapped out some cream with an egg yolk for a lighter creaminess. 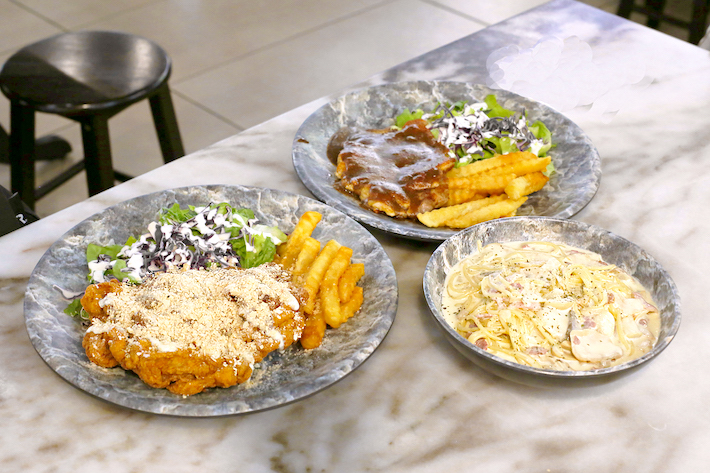 Le Taste is seriously a gem find. Spot-on Western classics alongside fusion grub — we’re absolutely sold. Before we had even finished our food, we were already planning our return visit. There were other enticing dishes on the menu we wanted to conquer, such as their Mentaiko Salmon Pasta and salted egg Fish & Chips.

If you do come down, please get their chicken chops and cutlets.