It’s no doubt that Singapore is a food paradise and you can be sure that when one stall gets famous, there will be others following suit – even to the extent of using the same name. Because imitation is the best form of flattery right? There are many food feuds in Singapore but at the heart of this rivalry is Jalan Tua Kong Mee Pok.

All 3 specialise in the quintessential Singaporean hawker dish of mee pok tah. It’s an incredibly simple dish which consists of flat yellow noodles tossed in chilli sauce and served dry with the likes of fishballs, minced meat and pork slices. Whether the original mee pok stall decided to name itself after where it’s located at or to describe how good its mee pok is, we’ll never know. But what we know is that several mee pok stalls have popped up at several locations other than the coffee shop at Jalan Tua Kong claiming to be the original. 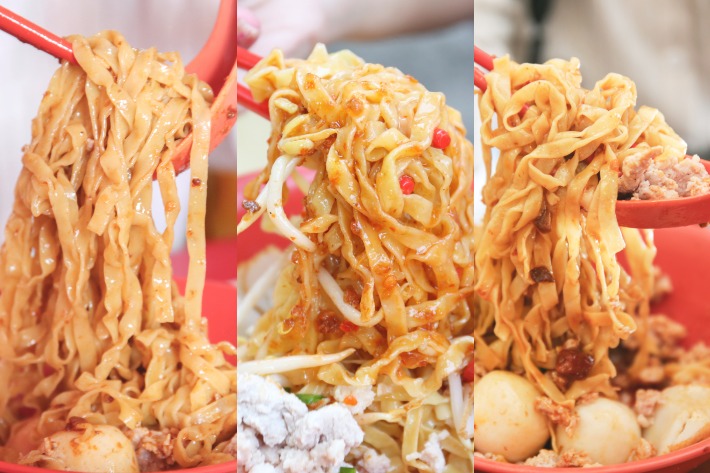 We ordered the small portion at each stall and coincidentally all three bowls of mee pok were served in a red bowl. Jalan Tua Kong Lau Lim Mee Pok – The Art of Mee Pok was the most expensive bowl being priced at S$5 compared to the other two which were priced at S$4. However, for the ingredients we got for Jalan Tua Kong Lau Lim Mee Pok – The Art of Mee Pok, we feel that this was most worth it. We especially loved the handmade fishball and meatball. Other than it being a tad oily, we had nothing else to complain about. 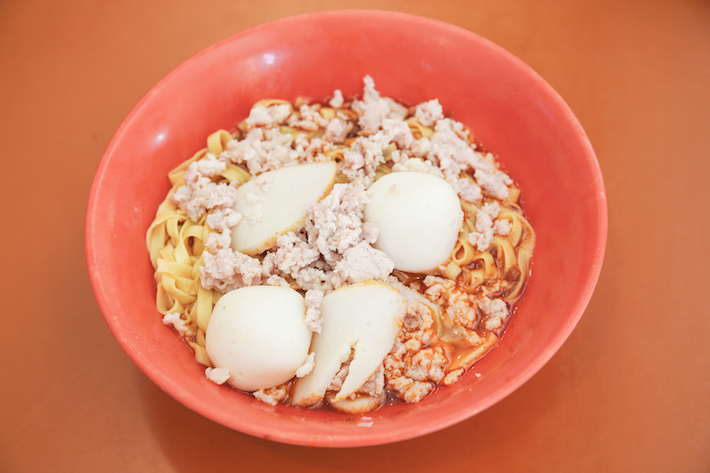 Maybe we had high hopes for Ah Lim Bak Chor Mee because it was situated at the coffee shop that started it all, but the mee pok here fell flat. While they were very generous with the ba chor and the fishballs had a good texture, the chilli here was one dimensional and nothing memorable. 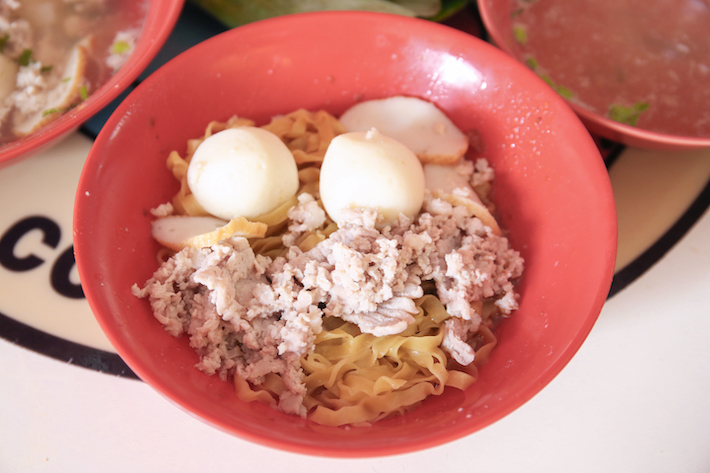 Last but not least, we were pleasantly surprised by the mee pok at Ah Lim Jalan Tua Kong. From the cook of the mee pok to the chilli, we thought that this one was the most well-balanced among the 3 stalls. 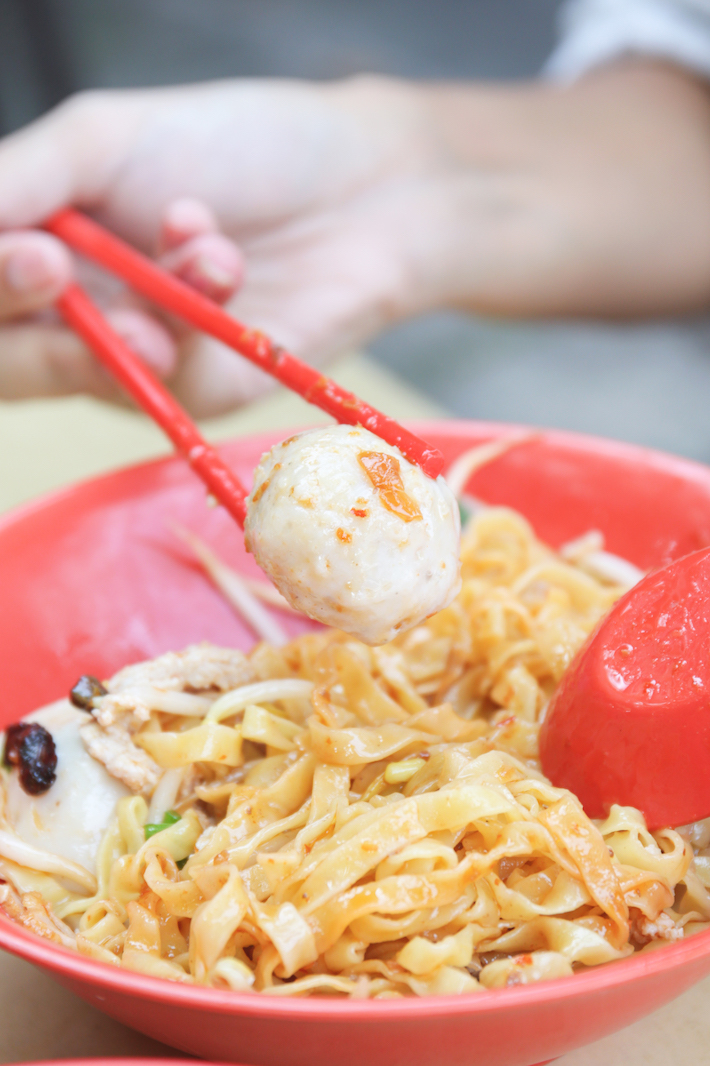 While we’re unsure if this stall is the original, Jalan Tua Kong Lau Lim Mee Pok – The Art of Mee Pok undoubtedly served the best mee pok of the lot. Mee pok cooked to al dente, great chilli, and most importantly handmade fishballs – this stall checked all the right boxes!