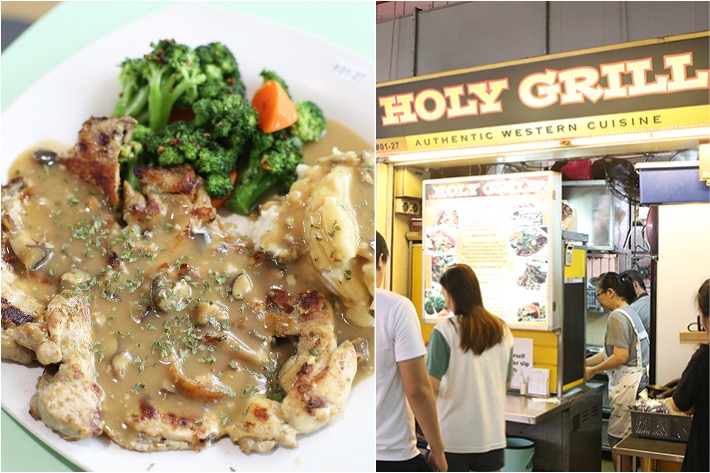 In practically every hawker centre you find yourself in in Singapore, you are bound to find at least one Western food stall serving up anything from a chicken chop, pasta to even steak. The presence of stalls selling Western food is so common these days that it is often difficult to distinguish them.

We have patronised many stalls over the years, and have tried many variations of similar offerings. If we’re being honest, many of them were decent but very few managed to hit the mark—not until we visited Holy Grill.

For the love of all things affordable, homemade and served in massive amounts, Holy Grill over at Old Airport Road Food Centre is an excellent choice for hearty, tasty Western fare. 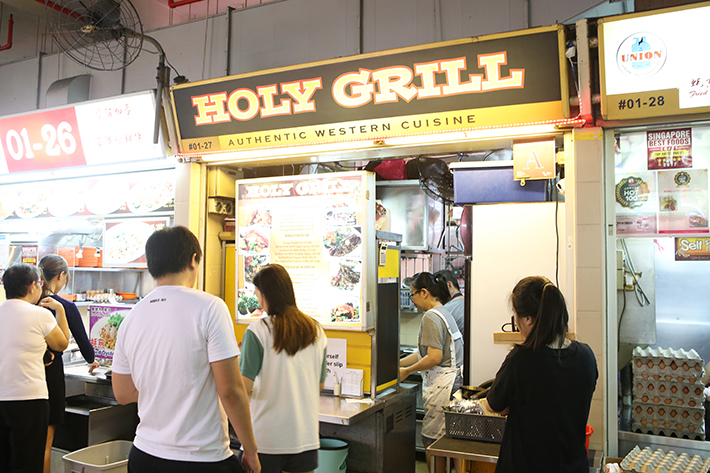 For those who did not know, the humble stall started out in a local secondary school before eventually leaving to set up shop in Old Airport Road Food Centre, and according to some of the school’s alumni, Holy Grill was a crowdpleaser from the very start. 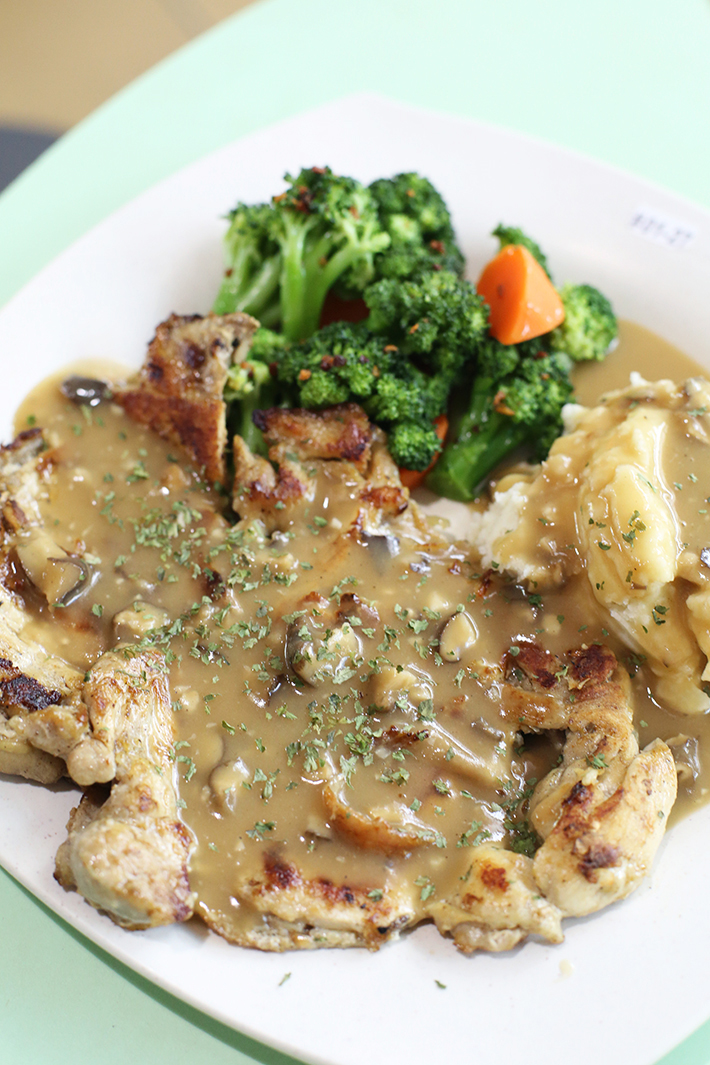 Upon recommendation from the stall owner, we opted for the Simply Grilled Chicken (S$7).

To say that they were generous with their portions would be a huge understatement because boy did they really pack the plate. The dish came with a huge piece of rolled-out and flattened chicken thigh, along with two sides of our choice—of which we chose the standard mash and veg.

Evenly seared around the edges, the chicken was surprising (and pleasantly) crispy despite being drowned in sauce. The meat was succulent, properly seasoned and the brown sauce boasted a rich, robust meatiness coupled with an earthy note courtesy of the sprinkling of Italian herbs.