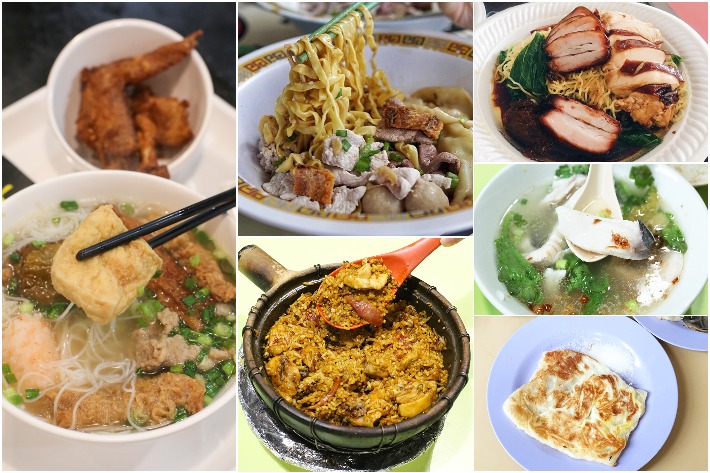 There’s no hiding the fact that food is the lifeblood of Singapore. It’s what keeps her people going, and it’s what brings them together. While some might say Singapore doesn’t have much culture, to begin with, to us, food is our culture. Of which, the embodiment is readily found in the form of a hawker centre. It represents a collection of different food cultures coming together, much like the history of the people of this country itself.

Still, as much as we love our hawker food, most of us turn away from pursuing a career in such a direction due to the long hours and amount of physical labour it requires. The majority of hawkers left are gastronomers of the yesteryears, most without a descendant to take over the business. When these pioneers decide to close their shops for good, all that would be left would be our fond memories of them.

That’s why, if you’re stuck deciding on what to have for your next meal, why not grab a bite at one of these legendary hawkers? And of course, the sooner the better. You’d never really know when might be the last chance. 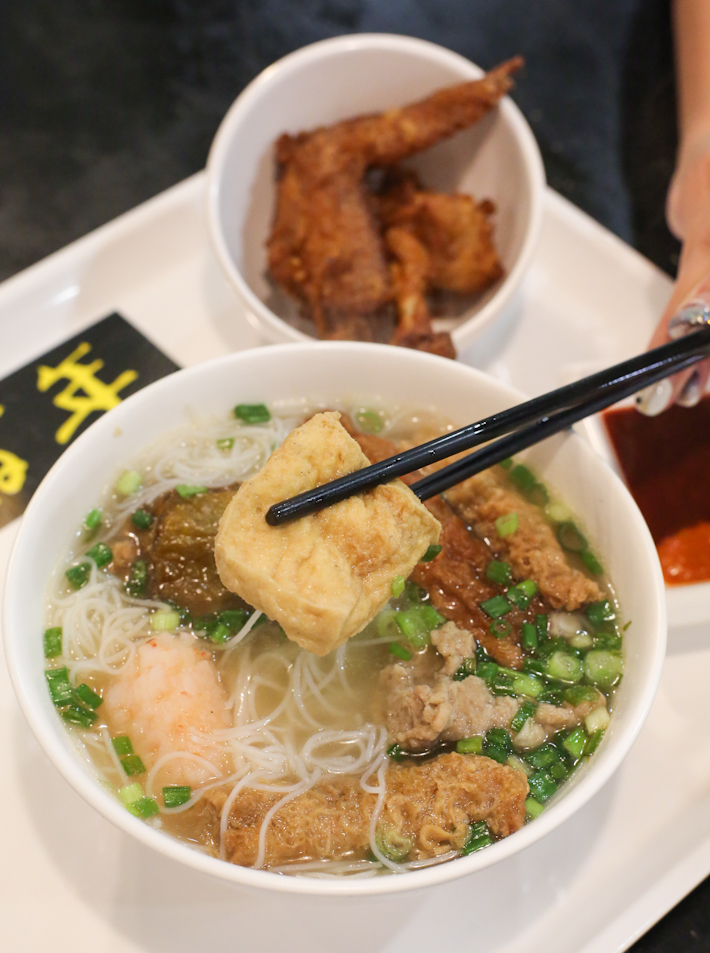 While we’re used to the more traditional Hakka-style yong tau foo, here they veer away from convention to serve their own special brand of yong tau foo, unlike any other. Their blend of filling using prawn, pork and fish has won over the hearts of many since its inauguration.

The soup itself is much more clean tasting than the regular, with all the flavours of meat and tofu lightly seeping into the broth. The bee hoon is also much more springy here. What makes them really stand out is their yong tau foo. The individual pieces are much smaller, making it more manageable to eat, and the filling is neither overwhelmingly fishy nor overwhelmingly porky. As for the bitter gourd naysayers, perhaps the bitter gourds served here would be your newest addiction. 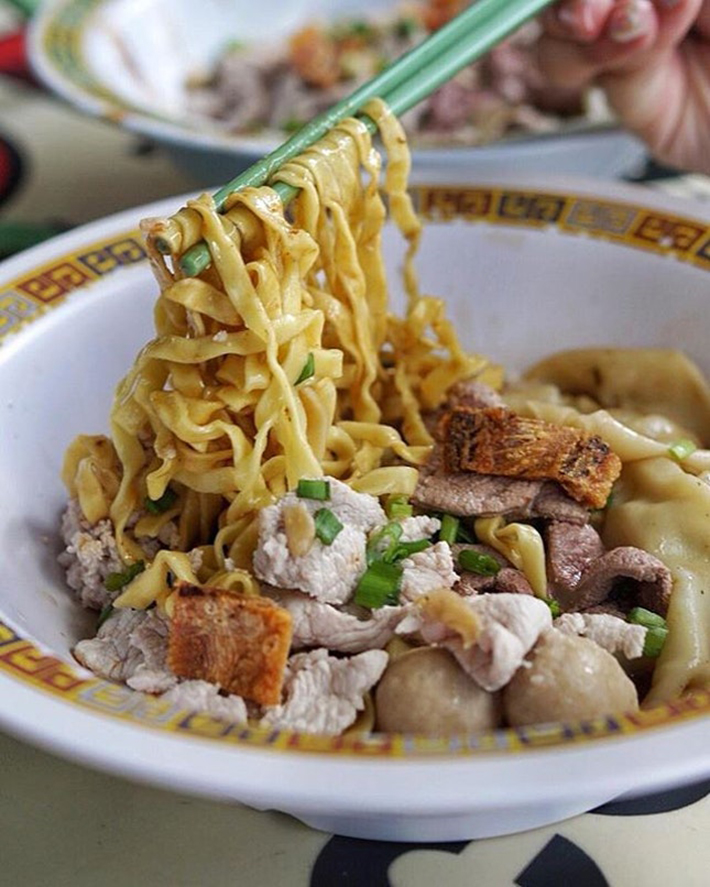 Easily one of the most well-known bak chor mee in Singapore, it’s honestly not that much of a surprise that it was awarded a Michelin star. Also ranked number 1 in the Top 50 World Street Food Masters list in 2017, and constantly in Burpple’s Hot 100 list, perhaps the hour-long queue really is just a small price to pay.

There’s nothing fancy to their bak chor mee—noodles, sauce, liver, minced meat, dumplings and fried fish. What brings their dish to the next level is really their attention to details. They serve up perfectly al dente noodles, giving the best mix of springy and bite to them. While most yellow noodles run the risk of tasting too alkaline, their blend of vinegar and other sauces helps to create a much more robust flavour profile.

Another one that’s also on Burpple’s Hot 100 list and awarded a Michelin star is Liao Fan Hong Kong Soya Sauce Chicken & Noodle. Undoubtedly the cheapest item on the Michelin list, their chicken noodles and rice attract long queues during every working day, sometimes from even as early as 10am.

And yet, even with the massive queues, the quality of the chicken and char siew remains the same. The chicken is tender, slippery, smooth and silky in all the right ways. The sauce is light and umami — richly flavourful without masking the natural taste of the chicken. The thick cuts of char siew also provide a good contrast to the chicken, as every bite releases more of its decadent pork flavour. It’s also highly recommended to order noodles rather than rice to truly appreciate the dishes served here. 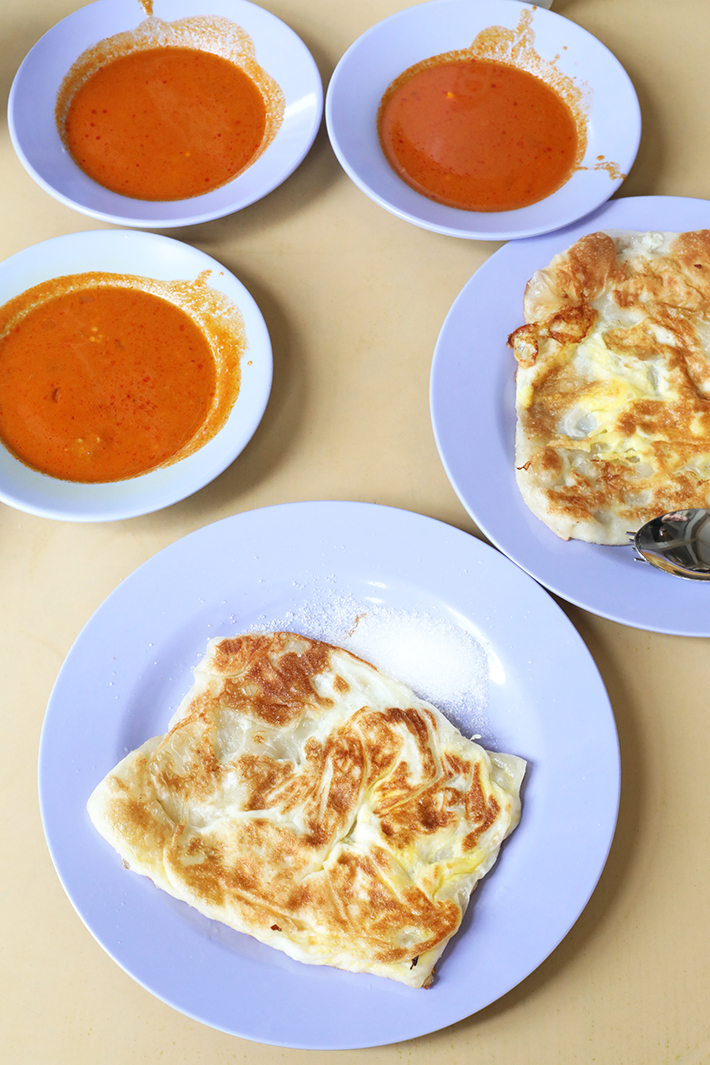 Over at Joo Chiat lies one of this nation’s favourite roti prata spots. Sure there’s always that ongoing debate about which type of prata reigns superior, but here Mr and Mrs Mohgan are unapologetic about serving only crispy prata.

For over thirty years they have been making their own pratas, their own dough, their own curry. They don’t skimp when it comes to quality control, and perhaps this is the reason why they’ve remained so popular through the years. After all, while other prata shops have branched out to include more gimmicky flavours, here, their plain pratas alone are more than enough to wow you. 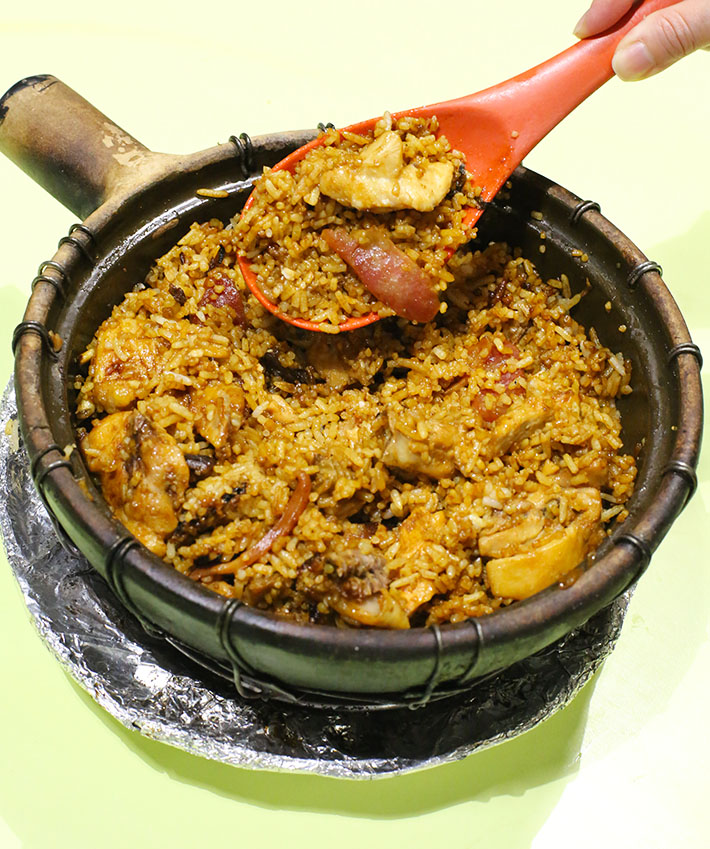 It’s not as though we’re purposely choosing Michelin-recognised hawkers only, but it does provide an idea to just how good these eateries are, and all the more reason why you should try them immediately. Or, well, ASAP, since there’s an expected waiting time of around 45 minutes in order for the claypots to fire up.

Served up with huge chunks of chicken, salted fish and Chinese sausages, the generous portion allows for you to add as much soy sauce as your heart desires. The biggest selling point of claypot rice has to be the smoky aroma signature to such high-heat flame-intensive cooking styles, and this is still second to the contrasting textures of the rice. While the top is fragrant and fluffy, dig a little deeper and you’d find that the real gold lies in the crispy burnt bits of rice. 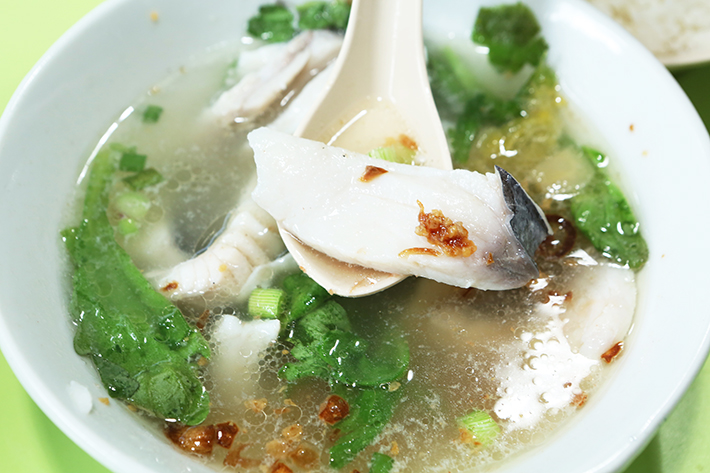 While Amoy Street Food Centre has two different fish soup stalls that are highly revered, Piao Ji Fish Porridge is our go-to option, and that’s even with its hour long queue. Nope, doesn’t deter us one bit.

Here at Piao Ji, they prefer to let the freshness and quality of the ingredients speak for themselves. They use pomfret fish rather than the usual Batang, which, while it makes for a steeper price point, also makes for a much more luxurious experience with how soft and silky the fish meat is. The soup itself also has a multidimensional taste with a sweet complexity thanks to the use of pork lard. It’s winning combination really makes it addictive you’d want more. 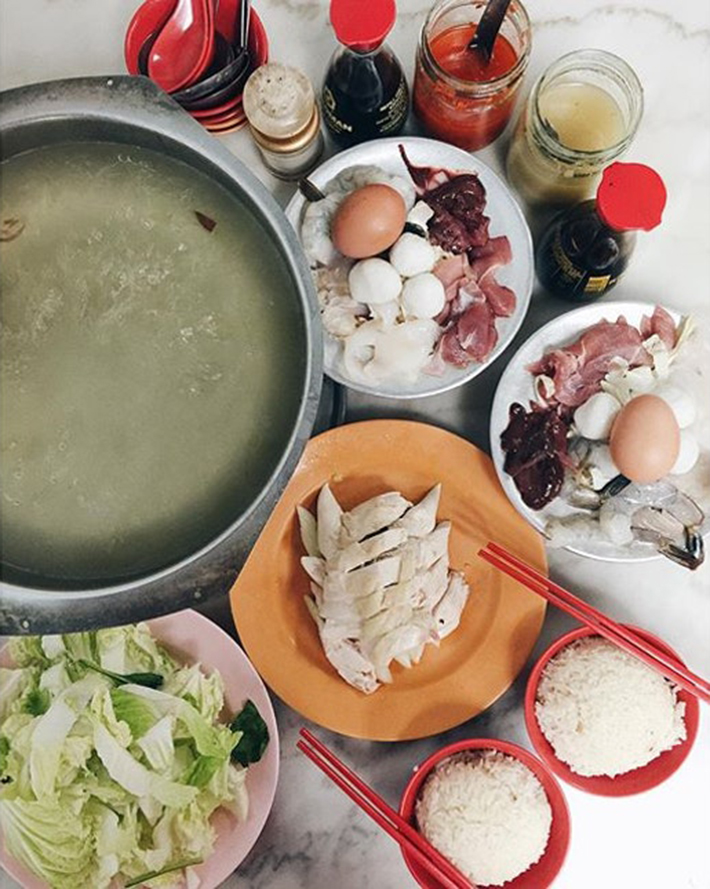 Walk into what Singapore used to be like back in the olden days when you step through the door of Yet Con Restaurant. LIke a time machine, time stands still here, and the only sounds you’d hear are that of chopsticks against bowls and the hum of a conversation. Known for their traditional steamboat and chicken rice combination, they are one of the only few in Singapore that serves it.

Decor aside, the food provides a great sense of Hainanese nostalgia. Straightforward without any novelties, their steamboat broth is clean, simple and comforting. Their chicken tastes so authentic it’s reminiscent of a traditional grandmother’s cooking. It’s definitely a must-try before the owners decided to hang their aprons up for good.