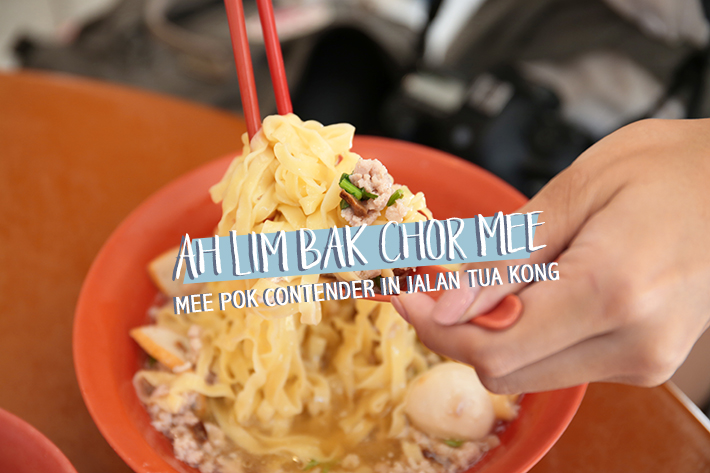 Familiar to many of the residents near Jalan Tua Kong are the several bak chor mee stalls staking their claim on the title for best mee pok in Jalan Tua Kong. One of which is Ah Lim Bak Chor Mee, situated in the exact coffeeshop that the supposed original Jalan Tua Kong Mee Pok had started.

We ordered a portion of their Dry Mee Pok (S$4) and their Soup Mee Pok (S$4). The dry mee pok came with a generous helping of egg noodles, minced meat, fishballs and slices of fishcake. The sauce was made up of some lard, ketchup, soy sauce and chilli paste.

While we thought the portion was generous for the price we were paying, the noodles weren’t fantastic. The chilli was rather one-dimensional and only seemed to add spice and not much flavour. 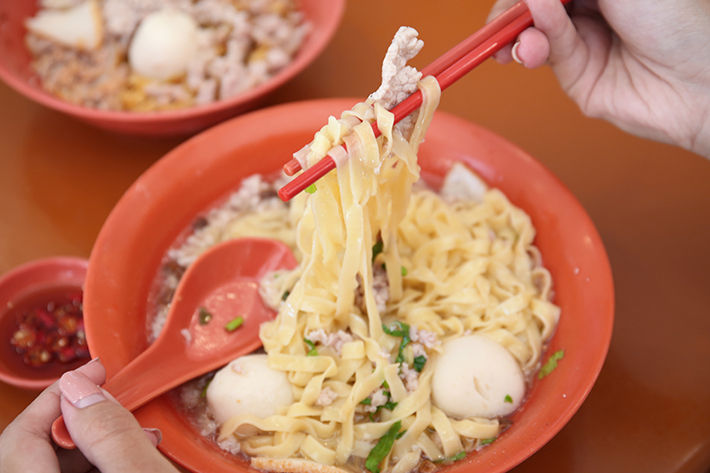 The soup version was slightly better, with a more flavourful soup. However, the soup did have that starchy taste. We did appreciate the fishball texture but it needed chilli slices and soy sauce to boost the flavour a little more.